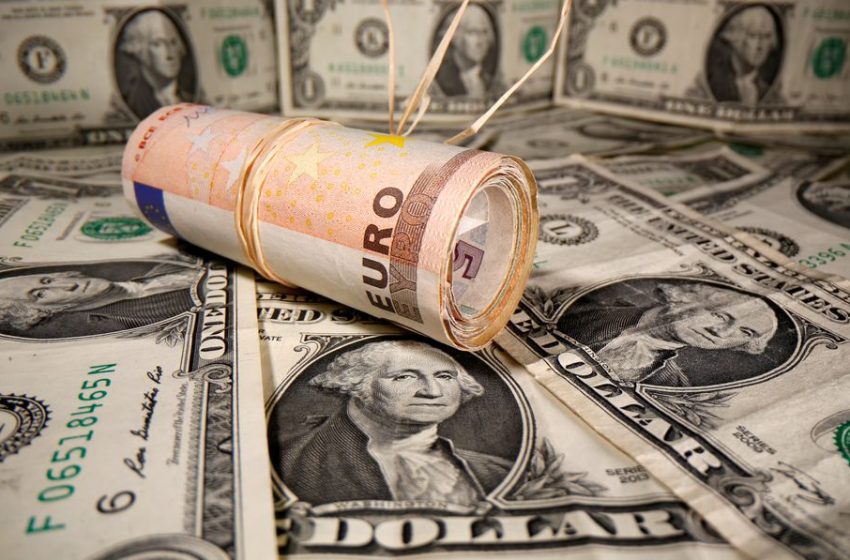 Rolled Euro banknotes are placed on U.S. Dollar banknotes in this illustration taken May 26, 2020. REUTERS/Dado Ruvic/Illustration

If history repeats itself, equities set for brief relief in July

LONDON, July 6 (Reuters) – If history is any indicator of the future, the first two weeks of July could bring relief to investors after a bruising first half of the year.

World stocks have shed more than $20 trillion in value since hitting record highs in January.

However, half-month price changes since 1930 figures show that the first two weeks of July have historically offered the best returns of the year for S&P 500 (.SPX) investors.

After three consecutive quarters of declines for S&P 500 stocks, with the index declining 20% since the beginning of the year, some investors said they are ready to buy the dip. The S&P 500 has edged up 0.16% so far this month.

While volatility continues to be a drag for global stocks, a JP Morgan survey showed two-thirds of investors are likely to increase their equity exposure in July.

“We see record shorting, we see a really big equity rebalancing happening, probably… in Europe and the U.S. Naturally just rebalancing because we’ve had such a big drop in equities,” he said.

NO PLACE TO HIDE

The first six months of the year were brutal for investors. Goldman Sachs analysts said a 60/40 portfolio strategy, which follows a standard portfolio technique of keeping 60% of its assets in equities and 40% in fixed income, posted its worst first-half return since 1932, declining 17%.

In a high inflation environment, the Swiss bank said value stocks including energy and UK equities (.FTSE) could continue to outperform, especially if confidence rises that corporate earnings can stay resilient.

Recession fears, rising cost of living keeping consumers wary, while a surge in natural gas prices and a slew of economic indicators have reignited worries about the health of the global economy.

“The problem is if we look beyond that (fortnight window) things do look tricky,” O’Connor said. His team will be using any seasonal potential rise in July to sell into the rally.

Both UBS and Goldman Sachs recommended building up defences against a potential economic slump, which would see corporate profit expectations weaken.