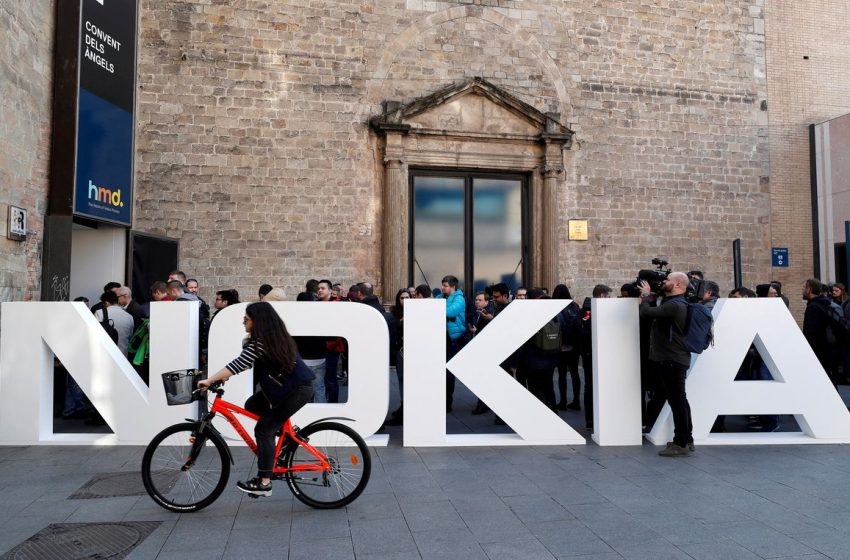 A cyclist rides past a Nokia logo during the Mobile World Congress in Barcelona, Spain February 25, 2018. REUTERS/Yves Herman

After getting spun off from IBM in November, Kyndryl has started building its wireless network business and has already signed pacts with cloud providers such as Alphabet’s Google (GOOGL.O) and Microsoft (MSFT.O).

The separation from IBM was important because it was difficult to go and announce big partnerships with companies that would be viewed as IBM’s competitors, Paul Savill, Kyndryl’s Global Practice Leader, said in an interview.

“The announcement we are making with Nokia is an important one for us because it’s kind of our beachhead announcement, and it’s where we are going to start building our (private network) business,” he said.

Private 5G networks in particular bring high-speed connections to businesses as they don’t share bandwidth with others, making it ideal for applying technologies such as machine learning, robotics and artificial intelligence.

The global private 5G network market is expected to reach $14.28 billion by 2028, according to Grand View Research.

Nokia, which has its own set of partnerships and working on providing private 5G gear, has more than 400 customers and is looking to jointly target Kyndryl’s 4,000 business customers.

“Manufacturing is by far the largest market… we estimate about 10 million factory sites,” Chris Johnson head of Nokia’s enterprise business said in an interview.

Nokia has been working with several automakers, including Volkswagen, along with automating mines, container ports and wind farms, Johnson said.