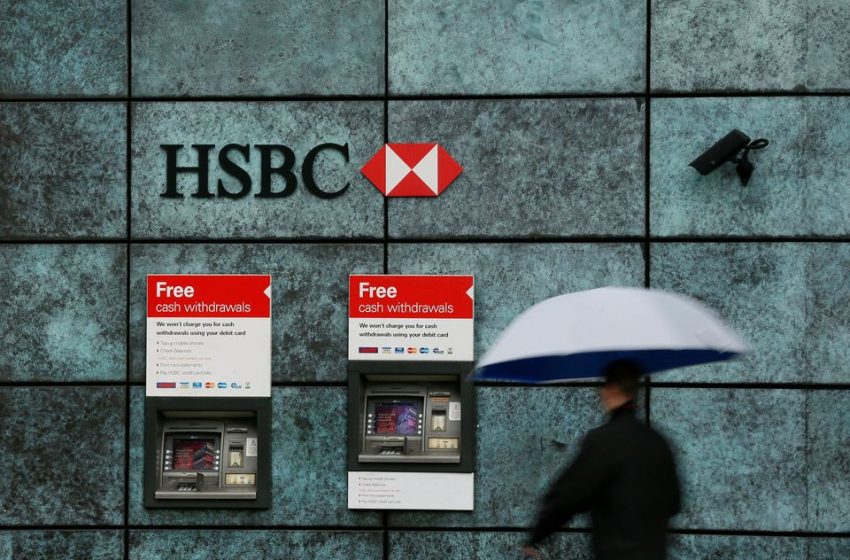 A man walks past a HSBC bank branch in the City of London, Britain November 12, 2014. REUTERS/Stefan Wermuth

SINGAPORE/HONG KONG, May 3 (Reuters) – Shares in HSBC Holdings gained on Tuesday after its largest shareholder, Chinese insurance giant Ping An (601318.SS), urged a break-up of the London-headquartered bank in a bid to improve returns.

Sources familiar with the situation said on Friday that Ping An had called on HSBC to look at options including spinning off the Asian business, where it earns two-thirds of its pre-tax profits, or taking other steps to boost its valuation.

HSBC shares added 1.85% in Hong Kong trade, helping lift the broader market (.HSI), which edged up 0.1% to pare earlier market declines. The Hong Kong and London bourses were closed on Monday for a holiday.

“That Asia makes up the majority of HSBC’s revenues suggests that a spin-off may be logical, but it needs to be balanced by the fact that a significant portion of that is the result of HSBC’s global footprint bridging East and West,” said Justin Tang, head of Asian research at investment advisory firm United First Partners.

HSBC, Europe’s largest bank, has not commented on Ping An’s involvement but defended its overall strategy in a statement, saying that it believed it had the right strategy and was focused on executing it.

Chief Executive Noel Quinn, who has run the bank for the past two years, is ploughing billions into Asia to drive growth, with a focus on wealth management, and has also moved global executives there.

Ping An, China’s largest insurer, said on Saturday that it supports all reform proposals from investors that could help with HSBC’s long-term value growth.

“We don’t think that constructive shareholder engagement can be bad for the stock price,” UBS analysts said in a report on Friday.

However, they noted that potentially large restructuring costs, lower network income, higher post-separation costs from reduced benefits of scale and, importantly, low valuations for UK domestic banks would eat into the upside of any break-up.

HSBC’s Hong Kong-listed shares have surged about 80% since plunging to 25-year lows in September 2020.

HSBC shelved plans last month for new stock buybacks this year after reporting an unexpected hit to its capital as a cocktail of rising inflation, geopolitical drama and economic weakness dented its prospects.

The bank employs 220,000 staff and caters to around 40 million customers worldwide through a network that covers 64 countries and territories.

In February 2020, the bank lowered its long-term profitability target and unveiled a revised strategy focused mainly on wealth management in Asia after the COVID-19 pandemic shock saw its annual profit drop sharply.

HSBC ditched its goal of achieving a return on tangible equity of 10% to 12%, and said instead it will aim for 10% over the medium term.

Some analysts have previously also called the bank to split its global business, arguing that its global network adds costs without delivering enough benefit.

HSBC has been navigating escalating political tensions between China, Britain, Europe and the United States.

In 2016, the bank decided to keep its headquarters in London, rejecting the option of shifting its centre of gravity back to Hong Kong after a 10-month review.