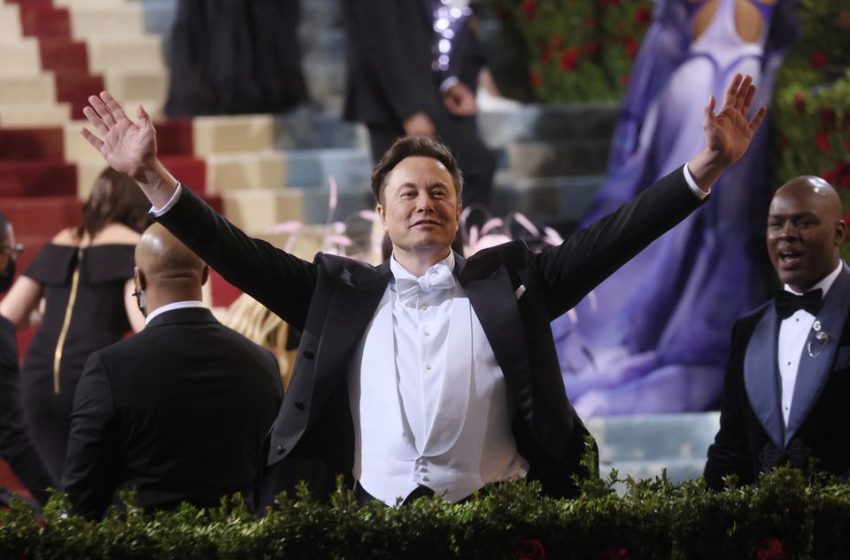 Elon Musk arrives at the In America: An Anthology of Fashion themed Met Gala at the Metropolitan Museum of Art in New York City, New York, U.S., May 2, 2022. REUTERS/Brendan Mcdermid

NEW YORK, May 2 (Reuters) – Tesla Inc (TSLA.O) Chief Executive Elon Musk said on Monday he wants to expand the reach of Twitter (TWTR.N) beyond the current “niche” until most Americans use the social media platform.

Musk has signed a deal to buy Twitter for $44 billion, raising questions among employees and the public about his strategy for running the social media network.

He told reporters gathered on the red carpet at the annual Met Gala in New York that an important measure of success would be whether Twitter could expand its audience significantly.

“Right now it’s sort of niche. I want a much bigger percentage of the country to be on it, engaging in dialogue,” said Musk, who attended the celebrity-studded event with his mother Maye Musk, a model.

Elon Musk arrives at the In America: An Anthology of Fashion themed Met Gala at the Metropolitan Museum of Art in New York City, New York, U.S., May 2, 2022. REUTERS/Brendan McdermidRead More

Twitter has about 40 million daily active users in the United States, according to its most recent earnings report.

Musk said he wanted the platform to be “as broadly inclusive as possible, where ideally most of America is on it and talking,” and as trusted as possible.

The billionaire also said he would make Twitter transparent about how tweets are promoted or demoted and wanted its software to be publicly available for critique.

Asked about a potential exodus of employees, Musk said: “It’s a free country.”

“Certainly if anyone doesn’t feel comfortable with that, they will on their on accord go somewhere else. That’s fine,” he said.