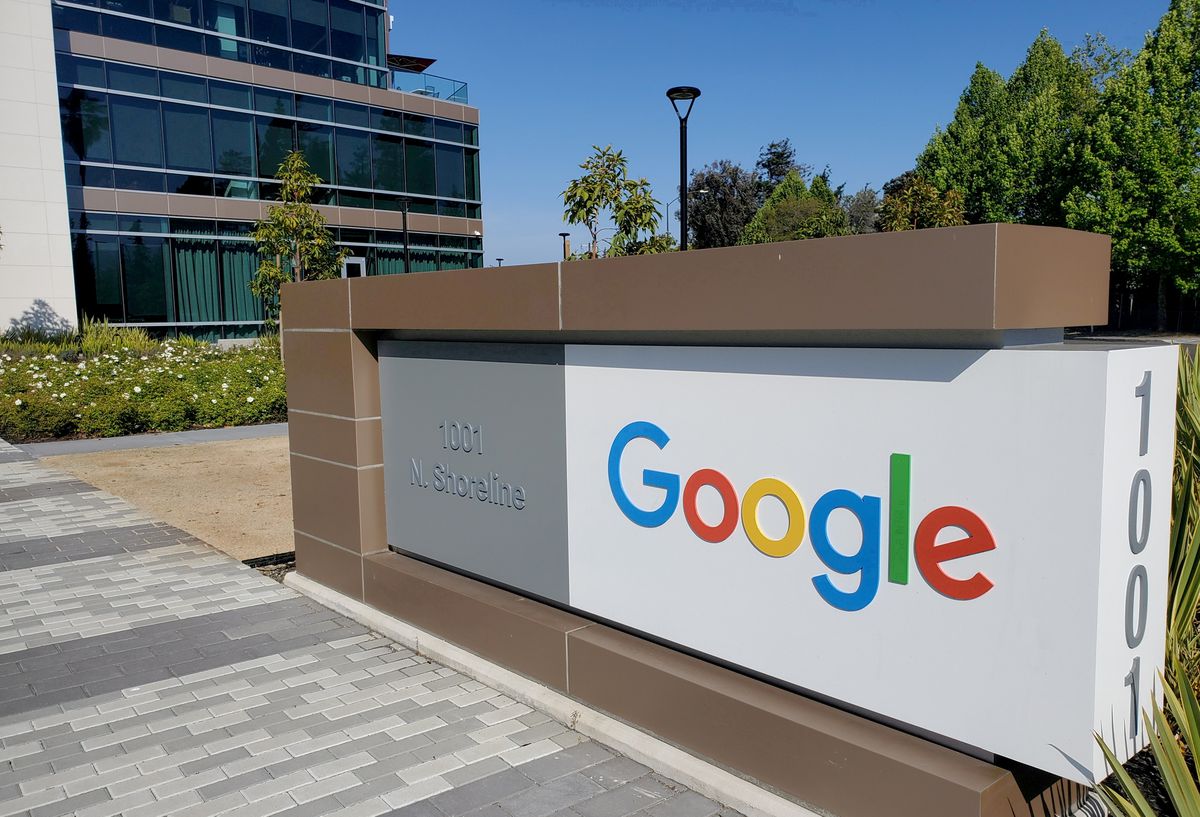 A sign is pictured outside a Google office near the company's headquarters in Mountain View, California, U.S., May 8, 2019. REUTERS/Paresh Dave//File Photo/File Photo

SAN FRANCISCO, Dec 3 (Reuters) – Alphabet Inc’s (GOOGL.O) Google has seen an increasing number of employees coming in to its offices each week, particularly younger workers, the company’s real estate chief said during an interview at the Reuters Next conference on Friday.

On Thursday, Google indefinitely pushed back the mandated return date for employees due to concerns about the Omicron variant. The company had previously said its 150,000 global employees could be required to come in to the office as soon as Jan. 10. read more

Nevertheless, David Radcliffe, Google’s vice president for real estate and workplace services, said many Googlers are returning of their own volition. About 40% of its U.S. employees on average came in to the office daily in recent weeks, up from 20-25% three months ago, he said. Globally, 5% more employees are returning to offices week after week, he added.

“People are actually showing voluntarily that they want to be back in the office,” Radcliffe said. “We’re moving in the right direction.”

Younger employees and those who joined Google more recently have been coming in at higher rates, seeking opportunities to learn from colleagues, Radcliffe added.

Google expects workers in the office at least three days a week once it mandates a new return date.

Based on feedback from those already back, it is redesigning floor plans to increase private, quiet spaces for distraction-free individual work and adding conferencing and other collaboration areas in open spaces both indoors and outdoors.

Real estate and human resources experts have considered Google a trailblazer for the past 20 years in sustainable office design and variety of workplace perks, including free meals, massages and gyms.

To extend those sustainability and wellness benefits to remote work, Google has encouraged employees to buy carbon offsets and non-toxic furniture for their home offices. It also has provided free cooking classes and discounts to fitness studios near workers’ homes.

“It was amazing how many employees had really never cooked themselves,” Radcliffe said.