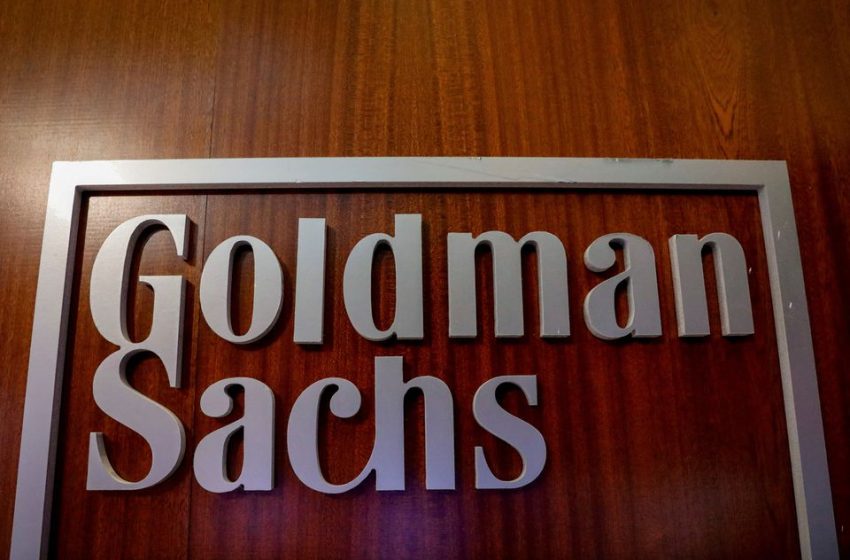 The Goldman Sachs company logo is seen in the company's space on the floor of the New York Stock Exchange, (NYSE) in New York, U.S., April 17, 2018. REUTERS/Brendan McDermid/File Photo

Oct 16 (Reuters) – Goldman Sachs is planning a major reorganization to combine its biggest businesses into three divisions with its storied investment banking and trading businesses being merged into a single unit, a source familiar with the matter told Reuters.

The plans, which are expected to be announced on Oct. 18 in conjuction with Goldman’s third quarter earnings, will also see consumer banking being absorbed by its wealth unit, the source said, confirming an earlier Wall Street Journal report.

The move comes as the Wall Street titan has sought to cut its reliance on volatile trading and investment banking revenues by boosting its fee-based businesses.

It would mean CEO David Solomon’s ambition to build a mass-market digital bank via consumer banking unit Marcus will take a backseat.

The combined investment banking and trading group will be overseen by Dan Dees and Jim Esposito, who are currently global co-heads of Goldman’s investment banking, and Ashok Varadhan, now co-head of its global markets division, according to a report from Bloomberg.

Marcus will be a part of the asset and wealth management unit, the report added.

Goldman, which releases third-quarter earnings on Tuesday, declined to comment.

Such an organizational overhaul of the bank would come shortly after its global job cuts in September that could have impacted hundreds of bankers.

Goldman reported a 48% slump in second-quarter profit, which beat forecasts due to gains in fixed-income and commodities trading.

Like its Wall Street rivals, the bank is expected to report a sharp drop in third-quarter net profit as investment banking revenue was badly hurt by a slump in dealmaking.

Goldman is expected to deliver a net profit of $2.77 billion in the third quarter, according to analysts’ forecasts compiled by Refinitiv, down from $5.38 billion a year earlier.

Given the tough operating environment, Goldman is closely re-examining all of its forward spending and investment plans to ensure the best use of its resources, Barclays said in a recent report.

Solomon had wanted to make major inroads into retail banking since his early days as the company’s helmsman. But the consumer banking unit, launched in 2016, is still struggling to gain traction, and will be brought into asset and wealth management.

Marcus has suffered from some delays – it has yet to launch a checking account which it earlier indicated will be launched this year – and is reportedly burning cash.

At mid-year, the bank internally forecast that the unit’s losses would accelerate to more than $1.2 billion in 2022, Bloomberg reported, meaning cumulative losses will exceed $4 billion. Goldman declined to comment.

Solomon has said in the past the business could generate a revenue of over $4 billion by end of 2024.

Consumer banking’s net revenues grew by 23% to $1.49 billion in 2021, reflecting higher credit card and deposit balances, the bank said in its annual report.

Digital banking platform Marcus offered products such as loans, savings and certificate of deposits, and through its partnership with Apple Inc also offered credit cards.

The consumer business serves more than 14 million customers and had more than $100 billion in deposits with over $16 billion in cards and loans balances, the bank has said.