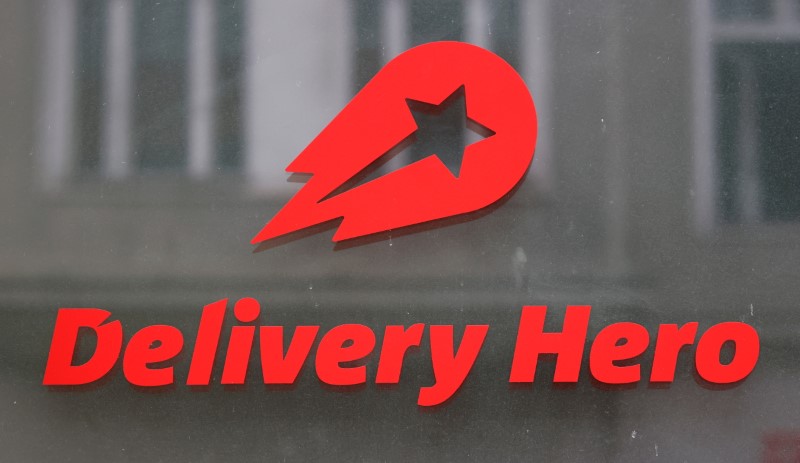 Shares in Deliveroo, which disclosed the holding in a stock market notice on Monday, rose 11% to 360 pence. They were priced at 390 pence in its initial public offering.

“We strongly believe in the future potential of the delivery industry as a whole and therefore decided to purchase shares in one of the companies that is at its forefront.”

Shares in Delivery Hero, a constituent of Germany’s blue-chip DAX share index (.GDAXI), were down 1.3% in late morning trading in Frankfurt.

The stake was valued at about 284 million pounds (335 million euros) based on Friday’s closing price.

Online food platforms such as Delivery Hero, Deliveroo, Uber Eats and Just Eat Takeaway.com (TKWY.AS) have benefited from a surge in demand during pandemic lockdowns, but some analysts question how much of that business will persist as restaurants reopen. Despite a jump in sales Delivery Hero and Deliveroo continue to make losses.

A race into new markets and early moves towards consolidation have resulted in a number of cross-shareholdings in the sector.

Founded in 2011, Delivery Hero operates in about 50 countries worldwide, with particular strength in Asia, where it owns the foodpanda brand.

The Delivery Hero’s logo is pictured at its headquarters in Berlin, Germany, August 18, 2020. REUTERS/Fabrizio Bensch/File Photo

In many countries it offers quick commerce, using its riders to deliver groceries, pharmaceutical products and electronics alongside restaurant food.

In May it announced its return to the German market, where it competes with Takeaway.com. read more

Delivery Hero does not operate in Britain – Deliveroo’s largest market – after selling its Hungryhouse business to Just Eat in 2016.

However, after later consolidation in Germany, it has a 7.4% stake in Just Eat Takeaway.com.

It also owns 37% of Spain’s Glovo, which is considering its own listing in about three years.

Deliveroo listed with a dual-class share structure that gives co-founder and chief executive Will Shu a majority of the voting rights for three years.

It currently operates in 12 markets, including Australia, Belgium, France, Hong Kong, and Italy, but the UK and Ireland account for more than half of its orders by value.

Deliveroo, which reports first-half results on Wednesday, did not comment further.