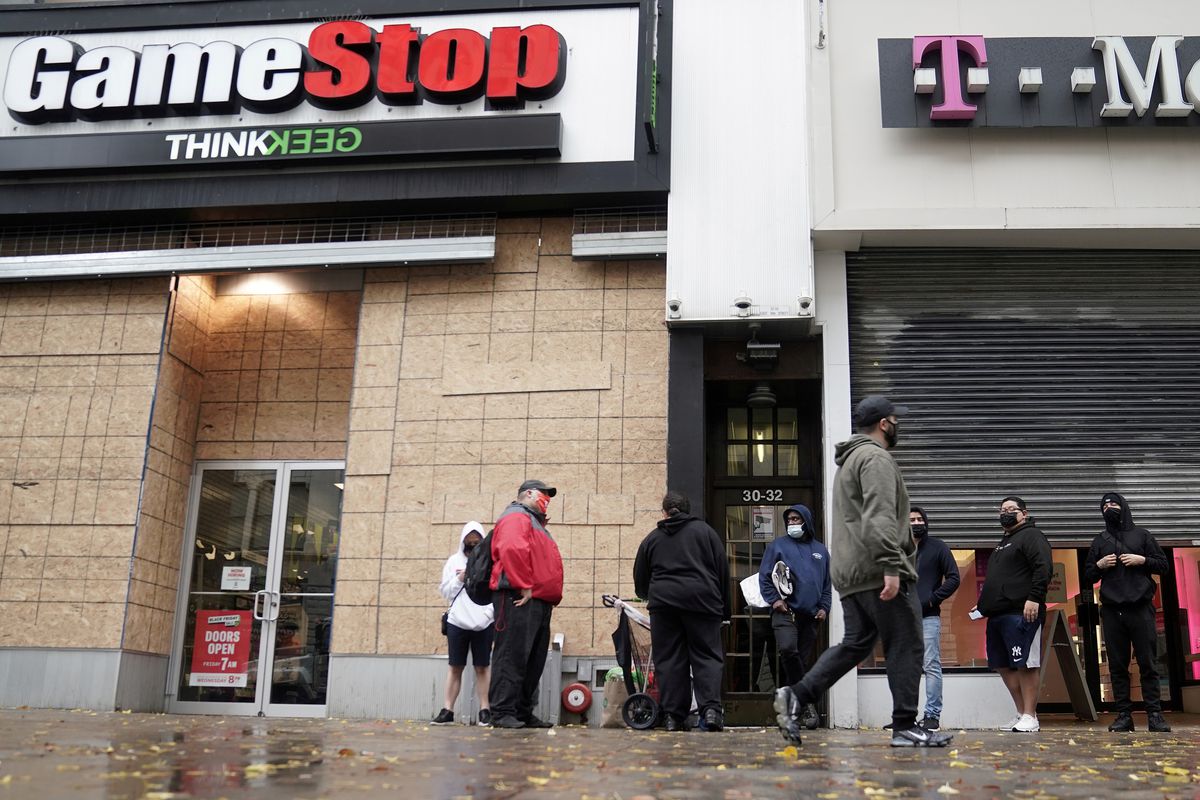 GameStop’s (GME.N) stock jumped 7% on Wednesday before the company was due to release its quarterly results, which a cult following of individual investors will scrutinize for progress in the videogame retailer’s turnaround amid this year’s rally in its shares.

The stock extended gains and was on track to end the session at its highest closing price since January.

“As my dad would say, buckle up,” Cohen told shareholders.

GameStop’s volatile shares have doubled in the past month, and they are now just 7% below their closing high in January. That was when a massive surge driven by investors on Reddit’s wallstreetbets trading forum made the stock the most traded on the U.S. market for several days.

A recent rally in AMC Entertainment Holdings (AMC.N) has attracted increased attention from individual investors and commenters on wallstreetbets, but GameStop remains one of the most discussed stocks on the forum.

Options prices imply GameStop’s stock could swing 24% in either direction by Friday, according to Trade Alert data.

While the recent rollout of new videogame consoles is likely to benefit GameStop, analysts warn that its soaring stock price has become disconnected from the company’s day-to-day business. At least two Wall Street analysts recently dropped coverage of the company.

GameStop’s core business of selling new and pre-owned videogame disks is shrinking as consumers move to downloading games digitally or streaming, and it has lost money for the past three years.

Cohen hopes to transition GameStop into an ecommerce business that can take on big-box retailers. He told shareholders at Wednesday’s meeting in Grapevine, Texas that they had “ushered in a whole new era at GameStop,” but he declined to provide a detailed plan.

The company has yet to announce a replacement for Chief Executive George Sherman, who it has said will step down by July 31.

GameStop short sellers currently have $3 billion at stake, up from $1.3 billion at the end of 2020, according to S3 Partners, a financial data firm.

Analysts on average expect revenue of $1.16 billion for the quarter ending in April, up 14% from the year before, when the coronavirus economic lockdown crippled sales of brick and mortar stores. Analysts expect an adjusted quarterly loss of 84 cents per share.