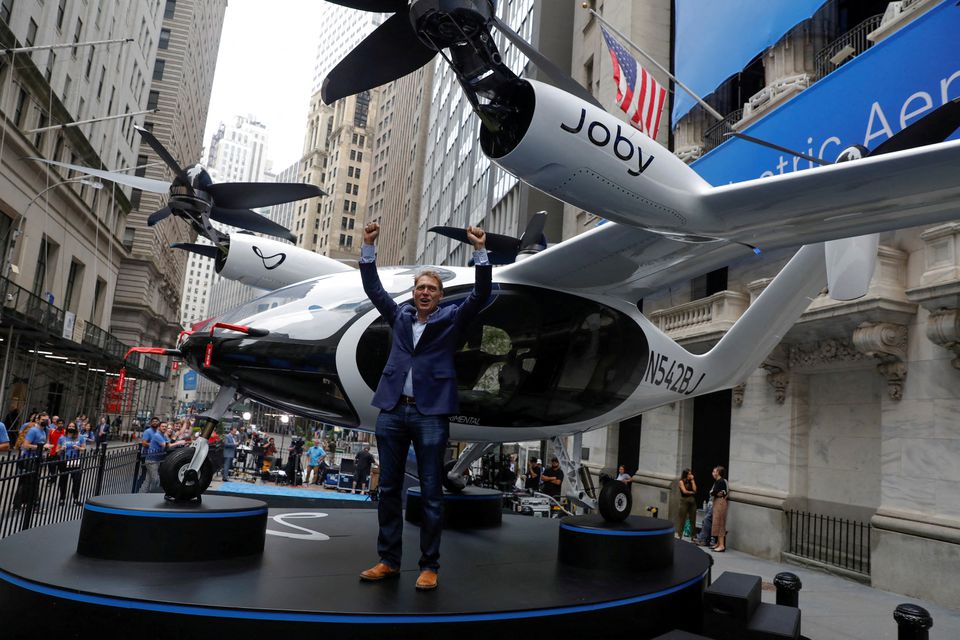 Following are some of the leading eVTOL developers, some of which aim to start their “flying taxis” before mid-decade.

– The Bristol-UK-based manufacturer was founded in 2016 and launched its eVTOL VX4 in 2020.

– It is backed by investors such as American Airlines Group Inc (AAL.O) and Honeywell International Inc (HON.O).

– It says it has the largest sales with pre-orders for up to 1,350 aircraft. VX4 can fly at a top speed of 202 miles per hour and can carry 5 people at a time including the pilot.

– The California-based company started in 2009 and is now worth more than $3.9 billion.

– Backed by Toyota Motor Corp (7203.T), Joby has developed an eVTOL supported by six electric motors and operated by a pilot. It can carry four passengers and go at 200 miles/hour.

– The San Francisco-based company was founded in 2018 and went public in September after merging with Atlas Crest Investment. It is now worth $1.7 billion, according to Refinitiv data.

– Archer is backed by United Airlines Holdings (UAL.O) and Stellantis NV (STLA.MI). Its eVTOL named Maker will be piloted, with a capacity of four passengers and a speed of 150 miles/hour, powered by 12 motors and six independent battery packs.

– The startup counts Daimler AG (DAIGn.DE) and BlackRock (BLK.N) among its investors. The two-seater eVTOL Volocity is battery-powered, supported by 18 motors and will have a maximum airspeed of 110 km/hour (68 miles/hour).

– The San Francisco-based autonomous air taxi developer was established in 2019 as a JV between Boeing (BA.N)and Kitty Hawk Corp, which is backed by Google’s Larry Page. – Wisk’s eVTOL, Cora, is a two-seater aircraft designed with a speed of 100 miles/hour and has 12 motors. – Cora has an experimental airworthiness certificate from both the New Zealand Civil Aviation Authority (CAA) and the U.S. FAA.

– German air shuttle startup Lilium (LILM.O) has been developing its electric aircraft since 2015. The company listed on the U.S. stock market via a reverse merger with Qell Acquisition Corp. It has a market cap of more than $1.9 billion.

– Its seven-seater eVTOL can fly at 175 miles/hour. The jets rely on a single-stage rotor system driven by an electric motor.

– The company is pursuing concurrent certification of the 7-seater jet with EASA and FAA.

– CityAirbus was unveiled by Airbus (AIR.PA) in September 2021 after its fixed-wing, V-tail design was picked as the planemaker’s eVTOL offering over a rival demonstrator.

– CityAirbus NextGen is a four-seater aircraft with a cruise speed of 62 miles/hour. It entered a detailed design phase in 2021, with the prototype’s first flight planned for 2023.

– It has agreed to go public with blank-check firm Zanite Acquisition Corp (ZNTE.O) in a deal valuing Eve’s equity at $2.9 billion.