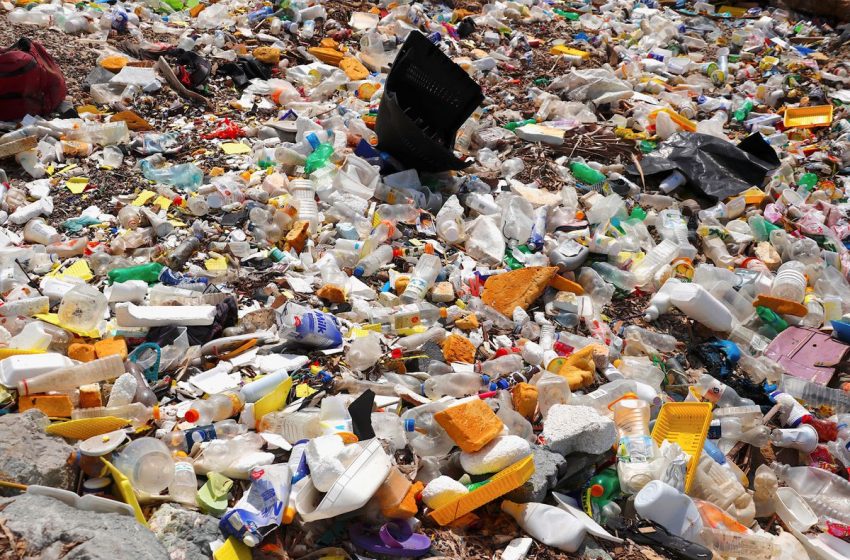 FILE PHOTO - Large amounts of rubbish made from plastic can be seen washed-up on the shores of the harbour at Port Moresby, Papua New Guinea, November 19, 2018. REUTERS/David Gray

Feb 18 (Reuters) – More than 100 United Nations member states will convene this month to draw up a blueprint for the first-ever global agreement to tackle plastic pollution. The U.N. says it could be the most important environmental pact since the Paris Agreement climate deal in 2015.

Why is it happening and what’s at stake?

– The planet is awash in plastic waste, which is hard to recycle, slow to decay, and expensive to bury and burn. It’s harming wildlife and contaminating the food chain. Eleven million metric tons of it ends up in the ocean each year, a figure that’s expected to triple by 2040 unless production and use of throwaway plastics such as drinks bottles, delivery packaging and grocery bags are reduced, multiple scientific studies show.

– If the U.N. cannot agree on a deal to put the brakes on plastic pollution, there will be widespread ecological damage in coming decades, putting some marine species at risk of extinction and destroying sensitive ecosystems like coral reefs and mangroves, according to a World Wildlife Fund study released this month.

– Fast-growing plastic production, which is forecast to double over the next 20 years, also poses a major climate-change threat, since plastic is largely derived from fossil fuels.

– The United Nations Environment Assembly (UNEA) will take place – in person and online – at the U.N. Environment Programme (UNEP) headquarters in Nairobi, Kenya from Feb. 28 to March 2.

– The primary goal is to hammer out broad terms for a global agreement on plastic pollution and form an intergovernmental negotiating committee (INC) to broker a final deal.

– If member states can agree on a basic framework, the INC would then spend at least two years negotiating a final treaty to be signed.

What could be in a plastics treaty?

– Possible elements could include: caps on plastic production, commitments by member countries to phase out single-use and hard-to-recycle plastics, and targets to increase waste collection and recycling rates.

– There is a wide spectrum of potential outcomes. A key issue is whether provisions in any deal would end up being voluntary or legally binding.

What’s at risk for big business?

– Plastic-making oil and chemical companies, including Dow, ExxonMobil and Royal Dutch Shell, have the most to lose from an ambitious treaty that would limit plastic production or phase out single-use packaging. read more

– Big consumer goods brands like Coca-Cola, PepsiCo, Nestle and Unilever, which sell a myriad of products in throwaway plastic packaging, would also be impacted if the treaty places restrictions on the manufacturing or design of plastics.

Reporting by John Geddie in London, Valerie Volcovici in Washington and Joe Brock in Singapore; editing by Marla Dickerson