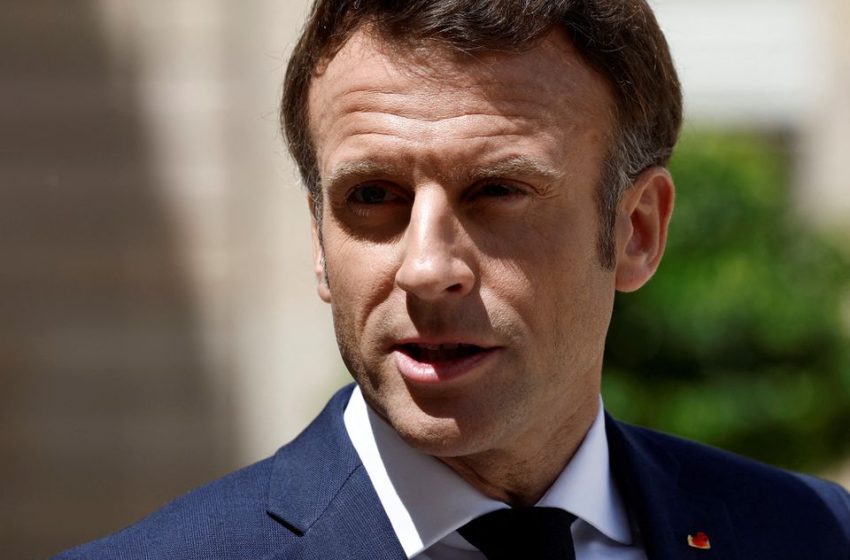 PARIS, July 4 (Reuters) – President Emmanuel Macron’s government will get its first taste of life under France’s new political order in the days ahead when it tables a bill to help households cope with runaway inflation without a controlling majority in parliament. read more

Why does the purchasing power bill matter?

With households increasingly struggling in the face of record inflation, the government is under pressure to pass the bill quickly while opposition parties are impatient to wield their new power to substantially rewrite proposed legislation.

Rival parties from the left and the right are already demanding amendments that would strain the fragile public finances unless the government and Macron’s party can convince them to back down.

The tricky political horse-trading in the coming days will be a harbinger of what awaits Macron’s government for the next five years in parliament.

With memories still fresh of the large-scale “yellow vest” street protests and violence in 2018, the government is eager to avoid adding a political crisis to a cost-of-living crisis.

What does the bill mean for the public finances?

The package is likely to cost more than 25 billion euros ($26 billion), according to finance ministry sources, on top of existing measures already worth 26 billion euros.

Its main inflation-relief measures include a 4% increase to welfare and pension benefits, raising civil servant pay by 3.5% and prolonging a state-financed rebate on fuel prices at the pump.

Despite the extra spending, Finance Minister Bruno Le Maire says he can keep the budget deficit to 5% of GDP thanks to stronger-than-expected tax revenues so far this year. read more

However, he has warned the opposition that the post-COVID public finances are in the “danger zone” and there is no room for costly measures on top of those proposed by the government.

So far, opposition parties are not heeding his warnings. The far-right Rassemblement National (National Rally) is seeking a huge cut in value added sales tax on car fuel. The conservative Les Republicains party, whose support Macron is most likely to count on to pass laws, is also demanding a huge cut in fuel tax.

Meanwhile, the Nupes coalition, whose biggest constituent is the radical left La France Insoumise (France Unbowed) party, is demanding that the minimum wage be hiked to 1,500 euros net from 1,300 currently. It also wants civil servants salaries increased 10% and tied in the future to inflation.

What does the bill mean for future legislation?

As the first major bill to come before parliament since the elections, it will set the tone for other legislation and reveal how obstructive opposition parties are willing to be to secure concessions.

After the summer, the next big test will be the annual budget bill due at the end of September which is not usually passed into law until the end of December.

Lawmakers elected Eric Coquerel of La France Insoumise last week to head the lower house’s finance committee, which plays the key role of tweaking the bill and revising or weeding out amendments before the full house votes.

As president of the commission, he will have considerable power to decide which amendments get voted on and which do not.

France Unbowed tried in 2019 to block a pension reform by adding more than 20,000 amendments to the bill to bog down its passage through parliament.

Macron eventually abandoned the reform due to the COVID-19 crisis, but aims to resurrect it during his second term.

If a budget law is not adopted after 70 days, the government can bypass the parliament and implement it by decree, averting a U.S. style-government shutdown.