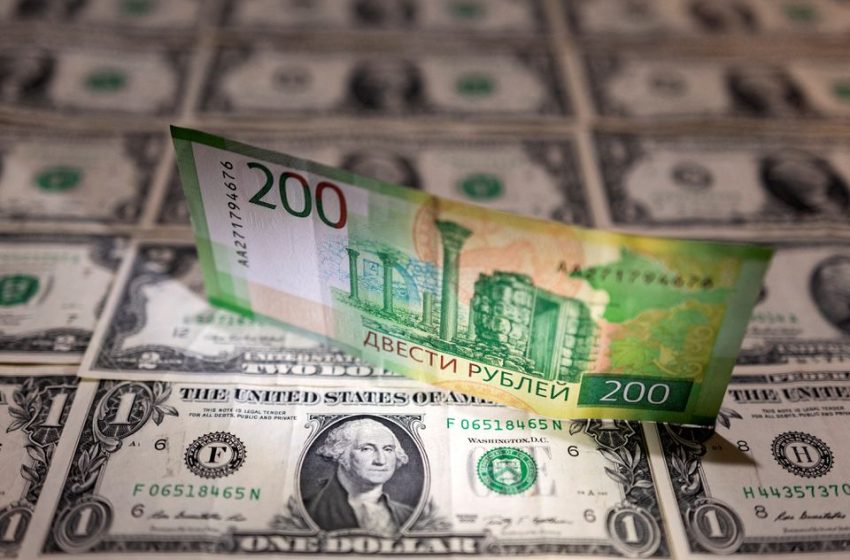 Explainer: Can Russia pay its creditors, and what happens if not?

March 15 (Reuters) – Russia is due to pay $117 million in interest on two dollar-denominated sovereign bonds on Wednesday – the first such payments since its invasion of Ukraine which sparked a raft of sanctions from Western capitals and countermeasures from Moscow.

Russia’s finance ministry said on Monday it had sent an order to a correspondent bank for the payment of coupons on eurobonds amounting to $117.2 million which are due on Wednesday. read more

The diplomatic standoff and economic curbs have sparked questions over whether and how Russia will make the payment, raising the spectre of its first major external debt default since 1917, when Bolsheviks failed to recognise Tsarist debt in the wake of the revolution.

Here is what we know and do not know about Russia’s debt and its repayment:

HOW MUCH DOES RUSSIA OWE IN HARD CURRENCY BONDS?

Russia has 15 international bonds with a face value of around $40 billion outstanding, around half of them held by international investors.

The coupons on March 16 are the first of several, with another $615 million due over the rest of the month. The first principal payment is due on April 4 when a $2 billion bond matures.

The bonds linked to Wednesday’s coupon payment were listed in 2013 and are to be paid in U.S. dollars, with Citi (C.N) as the paying agent.

Fitch Ratings said on Tuesday that if the payments were done in roubles, it would constitute a sovereign default if not corrected after a 30-day grace period. read more

According to the bonds’ prospectus, payment in other currency would only be effective after the recipients exchange that currency amount for dollars, and at the dollar amount recoverable in the open market.

Sanctions have been biting hard, especially the freezing of the central bank currency reserves, with Moscow initially balking at the prospect of sending scarce hard currency to foreign investors.

A presidential decree on March 5 announced that Russian debtors have the right to pay foreign creditors in roubles and by putting their funds in a Type C account at the national depository. However, the central bank and finance ministry can make exceptions.

Subsequent statements have been more nuanced and seemingly allow hard currency payments. The finance ministry said in a statement on Monday that it had approved a temporary procedure to make FX payments and that Russia would fulfil obligations “in a timely manner and in full.”

However, if foreign banks fail to execute the payments, Russia could withdraw the funds and pay them in roubles into an account at the national depository.

WILL INVESTORS BE ABLE TO RECEIVE THE MONEY?

Sanctions from both sides mean it has become more complicated for Russia to transfer the funds, but also for foreign investors to receive them.

The U.S. Office of Foreign Assets Control (OFAC) issued general license 9A on March 2 which authorizes transactions for U.S. persons with regards to “the receipt of interest, dividend, or maturity payments in connection with debt or equity” issued by Russia’s finance ministry, central bank or national wealth fund. However, that exemption runs out on May 25 with Russia due to pay nearly $2 billion on its external sovereign bonds after that deadline and until year-end.

WHAT IS THE PROSPECT OF A RUSSIAN DEFAULT?

A Russian external debt default seemed unthinkable with its international bonds trading above par until well into February.

Harsh sanctions have changed all that and now bonds hover at distressed levels, some barely at a tenth of their face value.

Most payments due – like the one on Wednesday – have a 30-day grace period during which Russia has time to make the payment. Some issues have a 15-day grace period. Unlike some of Russia’s other external bonds, which have alternative payment provisions in the small print, the coupons due on Wednesday have to be paid in U.S. dollars.

Failure to pay them in full or paying in another currency would lead to a default by the end of the grace period, according to analysts.

WHAT WOULD BE THE CONSEQUENCES OF A DEFAULT?

Countries in default have no access to international capital markets, though given current restrictions, Russia is shut out of markets anyway.

However, a default could have consequences far and wide.

It could trigger Russian debt default insurance policies known as Credit Default Swaps (CDS) that investors take out for this kind of situation. Investment bank JPMorgan estimates there are roughly $6 billion worth of outstanding CDS that would need to be paid out.

Furthermore, it is not just international asset managers who are exposed to Russia’s external debt. “Many Russian investors bought this paper via their accounts in Western banks,” said Evgeny Suvorov, Russia-based economist at CentroCredit Bank. “There is a large suspicion that it’s specifically Russian investors that are the main bondholders of sovereign external debt.”

Russian banks could also be in trouble with the bonds making up part of their capital buffers.

Being under the jurisdiction of a defaulted sovereign adds to pressure on Russian corporates, which have frequently used international capital markets to raise financing and have nearly $100 billion in hard currency bonds outstanding.