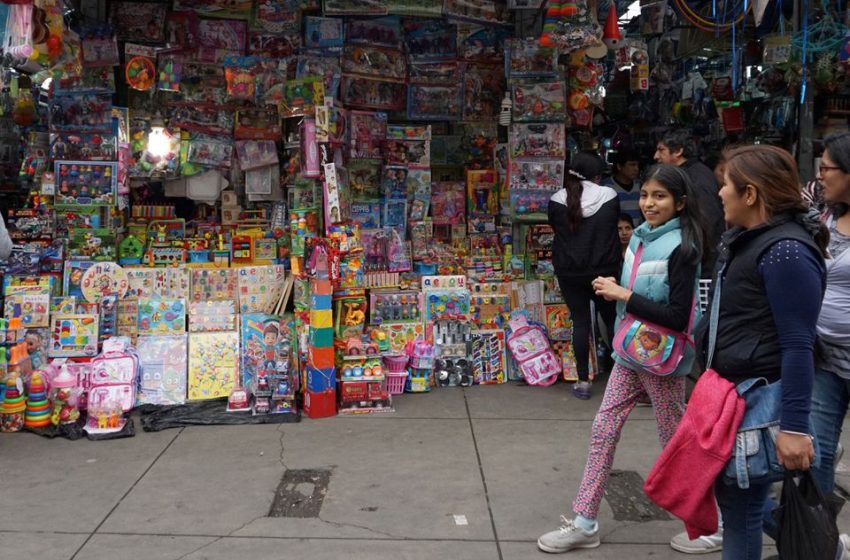 People walk past a stand that sells toys and other products imported from China at Central Market in Lima, Peru August 9, 2018. REUTERS/Mariana Bazo/File Photo

Exclusive: Under Biden, China has widened trade lead in much of Latin America

BUENOS AIRES/LIMA/LOS ANGELES, June 8 (Reuters) – China has widened the gap on the United States in trade terms in large swathes of Latin America since U.S. President Joe Biden came into office early last year, data show, underscoring how Washington is being pushed onto the back foot in the region.

An exclusive Reuters analysis of U.N. trade data from 2015-2021 shows that outside of Mexico, the top U.S. trade partner, China has overtaken the United States in Latin America and widened the gap last year.

The trend, driven by countries in resource-rich South America, hammers home how the United States has lost ground in a region long seen as its backyard, even as Biden aims to reset ties at the Summit of the Americas in Los Angeles this week.

Mexico and the United States have had a free trade deal since the 1990s and the amount of commerce between the two next-door neighbors alone overshadows Washington’s commerce with the rest of Latin America.

But the trade gap with the United States in the rest of the region, which first opened up under former U.S. President Donald Trump in 2018, has grown since Biden took office in January last year, despite a pledge to restore Washington’s role as a global leader and to refocus attention on Latin America after years of what he once called “neglect“.

On the groundcurrent and former officials told Reuters that the United States had been slow to take concrete action and that China, a major buyer of grains and metals, simply offered more to the region in terms of trade and investment.

Juan Carlos Capunay, Peru’s former ambassador to China, said that Mexico aside, “the most important commercial, economic and technological ties for Latin America are definitely with China, which is the top trade partner for the region, well above the United States.”

He added though that politically the region still was more aligned with the United States.

When excluding Mexico, total trade flows – imports and exports – between Latin America and China hit nearly $247 billion last year, according to the latest available data, well above the $174 billion with the United States. The 2021 data lacks trade numbers from some regional countries but those balance each other out in terms of U.S.-China bias.

The outlier in Latin America, Mexico’s trade flows with the United States were $607 billion last year, up from $496 billion in 2015. Its trade with China was $110 billion, up from around $75 billion six years before.

The White House and U.S. State Department did not immediately respond to a request for comment.

In an apparent effort to present a specific alternative to China, senior U.S. officials said Biden would announce an “Americas Partnership” plan at the Los Angeles summit focusing on promoting pandemic recovery by building on existing trade agreements.

It would aim to mobilize investments, reinvigorate the Inter-American Development Bank, create clean energy jobs and strengthen supply chains, the officials said. But such an initiative could face U.S. protectionist pushback as well as questions about how the region’s widely diverse economies could make it work.

Biden aides who have traveled Latin America have tried to convince partners that Washington is a more reliable and transparent partner for doing business, openly accusing China of using investment to create “debt traps” for countries.

But one U.S. official, speaking on condition of anonymity, conceded that Washington faced a tough challenge.

“As long as China is ready to put its cash on the table, we seem to be fighting a losing battle,” the person said.

When the huge U.S.-Mexico trade flow is included the United States still comes out on top, but this masks the wider trend in the region where made-in-China products are gaining ground and Beijing is gobbling up soybeans, corn and copper.

China leads in Argentina, has extended its lead in Andean copper giants Chile and Peru, and seen a huge advance in Brazil, despite far-right President Jair Bolsonaro’s skepticism about Chinese business interests holding too much sway in the country.

“Latin American governments complain that there’s a lot of talk but ask ‘where is the money’?” he said.

The U.S.-hosted Summit in Los Angeles is seen as key platform to counter China, but Biden has already been hit by no-shows including Mexican President Andres Manuel Lopez Obrador over the exclusion of countries like Cuba and Venezuela.

“There’s bipartisan agreement that the U.S. just hasn’t been at the table,” he said. “The Summit is part of solving that but there needs to be something concrete that comes out of it.

Reporting by Adam Jourdan in Buenos Aires, Marco Aquino in Lima and Matt Spetalnick in Los Angeles; Additional reporting by Humeyra Pamuk in Washington and Isabel Versiani in Brasilia Editing by Alistair Bell