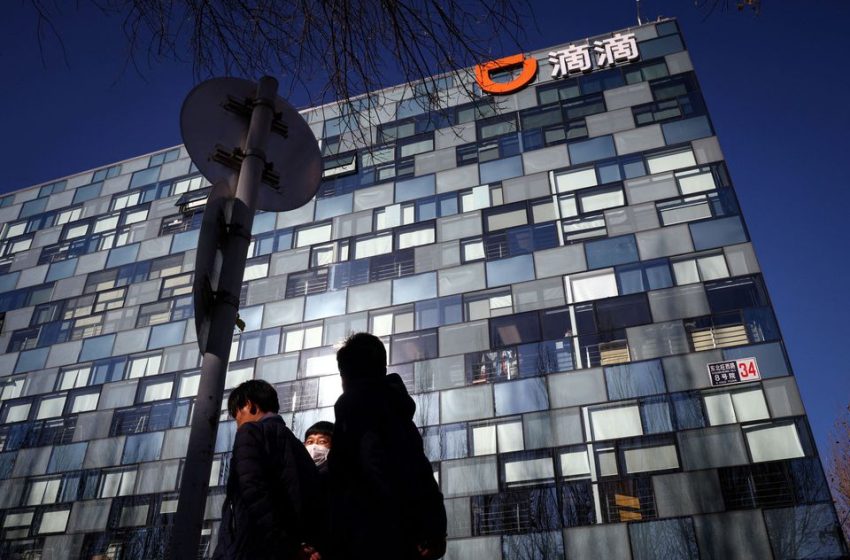 HONG KONG, June 8 (Reuters) – China’s Didi is in talks with state-backed Sinomach Automobile (600335.SS) to buy a third of its electric-vehicle unit, two sources said, signalling the ride-hailer’s regulatory troubles are in the rear view mirror as it focuses on growth.

The deal, if completed, would accelerate Didi Global Inc’s strategic expansion in the world’s largest EV market and help cushion the impact of the pandemic on its core ride-hailing business.

Scrutiny from Beijing for suspected violation of data security has forced Didi to pursue a delisting from New York and rein in its business but there are signs of a thaw. The Wall Street Journal reported on Monday that regulators are set to conclude their investigations into the company. read more

Didi aims to acquire shares in small-sized automaker Sinomach Zhijun Automobile from minority shareholders and inject new capital into the firm, one of the sources told Reuters. A stake of that proportion would cost Didi more than 1 billion yuan ($150 million), said the other source.

The talks for a stake in Sinomach Zhijun are in an advanced stage, the sources said. One of them said the two sides have given themselves time till the month-end to nail the deal, which will see Didi become the second-biggest shareholder of the EV maker after Sinomach Automobile.

The parent and its related entities own a combined 67% of Sinomac Zhijun, showed the corporate registry.

“Firstly, it means the regulatory crackdown which forced Didi to delist from the U.S. and banned its apps in China would probably come to an end. Secondly, being tied up with a state-backed automaker would also help Didi’s relisting plans in the Greater China region in the future,” added Zhang.

Didi shares surged 8% in pre-market trading after the Reuters report.

The ride-hailer has been quietly pushing ahead with a car-making project, code-named “Da Vinci”, and, according to one of the sources, has about 2,000 people for it. It is eyeing partnerships with automakers that have an EV production license, which it needs to make such vehicles in China, the sources said.

Didi and Sinomach Zhijun did not respond to requests for comment. Nor did Shanghai-listed Sinomach Automobile, whose shares jumped by the 10% daily limit in afternoon trade on Wednesday.

The sources, who have direct knowledge of the deal talks, declined to be identified due to confidentiality constraints.

Didi’s focus on expanding business rather than on fighting regulatory fires will come as a relief to investors, who have seen the company’s valuation plummet to about $7 billion in May from $80 billion around the time of its listing, though the shares have rallied over the past month.

Its foray into EVs comes as big Chinese tech firms such as Xiaomi Corp (1810.HK) and Huawei (HWT.UL) have accelerated their efforts to gain a foothold in the industry, as Beijing heavily promotes greener vehicles to reduce carbon emissions.

Didi, which is also developing autonomous driving technologies, plans to launch two EVs, one targetting the online ride-hailing market and the other for the consumer market, for mass production as soon as the second half of next year, said the first source.

As part of the Sinomach deal, Didi aims to help solve the debt problem of Sinomach Zhijun which struggled to boost its sales in China and has outstanding debt of more than 1 billion yuan, said the second source.

The automaker, based in the southern city of Ganzhou, Jiangxi province, has halted most of its production since the second half of last year, said the source.

An executive of Sinomach Automobile said earlier this year the unit was looking to bring in strategic investors and was in talks with several companies in the industry, adding the parent is open to the move, Chinese media reported.