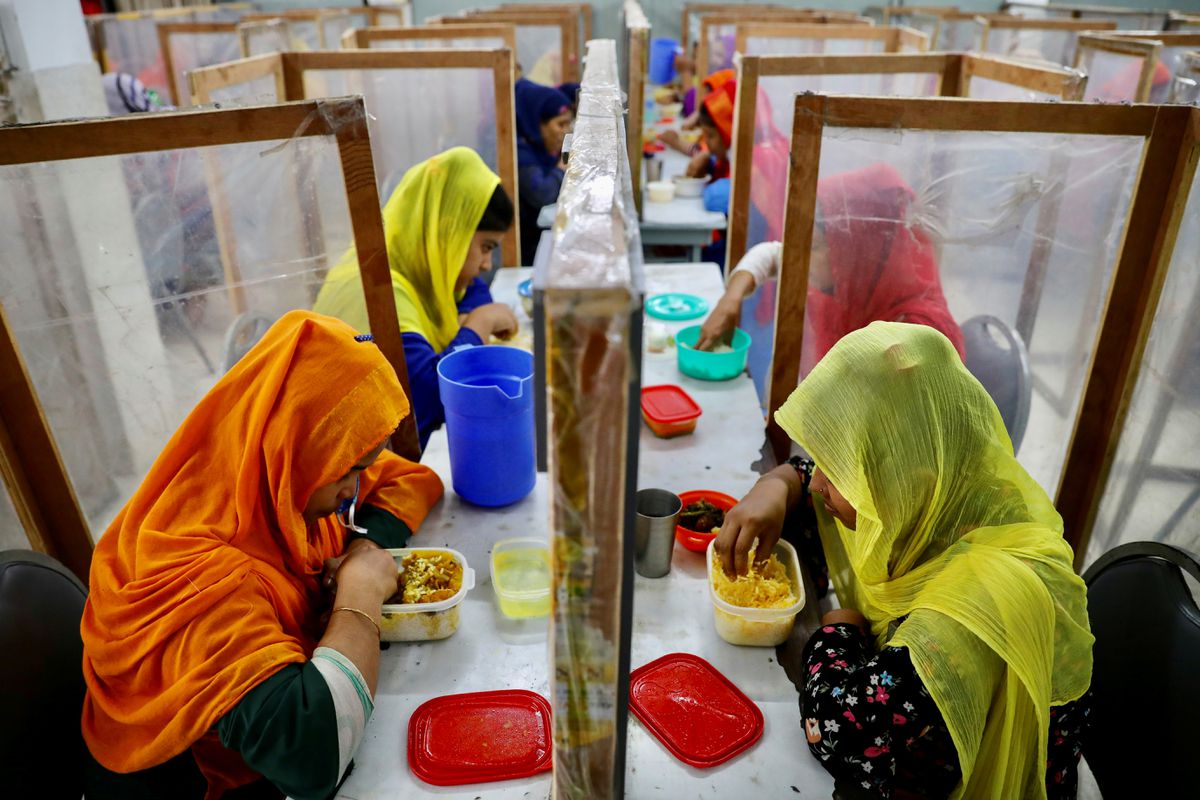 DHAKA, Aug 25 (Reuters) – Major global retailers have agreed to extend for a further two years a legal agreement with garment workers and factory owners in Bangladesh that subjects retailers to legal action if their factories fail to meet labour safety standards, according to a copy of the agreement seen by Reuters on Wednesday.

A representative for the agreement, originally signed in 2013 and known as the Bangladesh Accord, said an official statement would be issued shortly, and declined to comment further.

The agreement was due to expire on Aug. 31. The new version comes into force on Sept. 1.

Some 200 retailers signed up to the accord in 2013, including retail giants H&M (HMb.ST), Inditex (ITX.MC), Fast Retailing’s Uniqlo (9983.T), Hugo Boss (BOSSn.DE), and adidas (ADSGn.DE). A list of those that have also signed up to the extension will be made available on Sept. 1, sources said.

A spokesperson for Uniqlo said they had not yet seen the new accord, but that they “generally support a new binding agreement… that has independent oversight and can be expanded to other countries.”

H&M, Inditex, Hugo Boss and adidas did not immediately respond to requests for comment.

The five-year accord, struck in the aftermath of the Rana Plaza collapse in 2013 which killed more than 1,100 garment workers, instituted an independent body which held thousands of inspections and banned unsafe factories from supplying its signatory buyers.

That helped make some 1,600 factories safer for 2 million workers, according to labour activists.

Under a transition deal agreed in 2018 after the original Accord expired, a newly formed body, the Ready-Made Garments Sustainability Council (RSC), including unions, brands, and factory owners, took over the work of running factory inspections.

However, the RSC did not take over one unique portion of the accord – the ability for retailers to be tried in court in the country in which they are domiciled if they fail to meet their obligations, including cutting ties with factories which do not meet the accord’s standards.

This has now been extended until the end of October 2023, according to the document.

Signatories also agreed to discuss within six months which countries the accord could be extended to, with the aim of establishing it in at least one other country within two years, it said.

Negotiations over the accord’s extension hit a wall in May when U.S. retailers resisted signing on to the legally binding aspect of the agreement, sources said. read more

Retailers including Target (TGT.N), Walmart (WMT.N), VF Corp (VFC.N) and others who did not want to sign onto the original accord in 2013 formed a parallel alliance with similar functions, but no legal enforcement.

But retailers had hoped to negotiate an extension to the accord which U.S. retailers would also be willing to sign on to, sources said in May.

Walmart told Reuters on Tuesday it was not part of the accord’s extension. Target and VF Corp did not respond to requests for comment.Reporting by Victoria Waldersee, Ruma Paul, additional reporting by Richa Naidu, Arriana Mclymore; Editing by Hugh Lawson and Jan Harvey