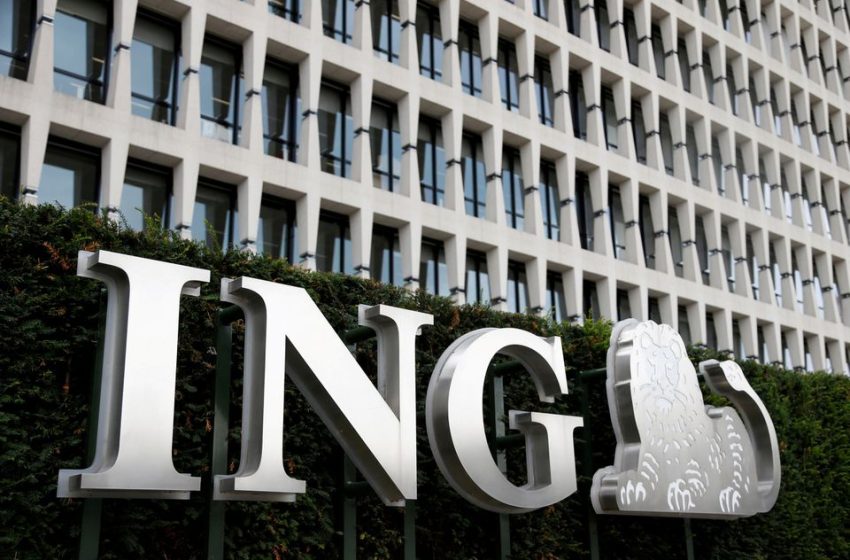 The logo of ING bank is pictured at the entrance of the group's main office in Brussels, Belgium September 5, 2017. REUTERS/Francois Lenoir

LONDON, March 23 (Reuters) – ING Groep NV (INGA.AS) will no longer finance new oil and gas projects, its energy chief said, becoming the biggest bank yet to commit to such a step in the fight against climate change.

The move by the Dutch financial services firm raises pressure on peers to heed a call by the International Energy Agency (IEA) for a halt to funding for new fossil fuel projects to help cap global warming at no more than 1.5 degrees Celsius. read more

Michiel de Haan told Reuters that ING would not finance projects approved after Dec. 31, 2021 but would still fund energy firms, although ING is already phasing down financing to the oil and gas industry and scaling up lending for renewables.

ING’s plan to reduce funding for existing oil and gas clients and projects is more gradual, with a target to cut it by 12% to about 3.5 billion euros by 2025.

“Decarbonisation of the energy system … is of almost existential importance, but so is affordable energy and reliable supply of energy,” de Haan said.

Lucie Pinson, executive director at NGO Reclaim Finance, said ING was the biggest bank after Crédit Mutuel to introduce such a policy on project finance, but while it was a “great signal” to the market, it did not go far enough.

Specifically, banks needed to rein in all other finance to the sector more quickly and be prepared to drop companies planning to expand production, something so far only French public lender Banque Postale has committed to. read more

“ING’s commitment to reduce its funding to the overall sector without committing to quickly exclude companies opening new oil and gas fields does not augur well for our climate,” she said.

Investor pressure on banks to act faster on climate change has increased in the year since the IEA published its report on ending fossil fuel funding.

But many banks have only promised to stop lending in narrow circumstances, such as for drilling in the Arctic. The Ukraine crisis may further hamper the shift, as Europe seeks alternatives to Russian oil and gas. read more

“It’s important to recognise that the IEA also indicates that in the future, oil and gas will be needed,” de Haan said, adding that the bank was seeking to help customers decarbonise their businesses.

ShareAction, an organisation pushing for responsible investment, said in a February report that 25 of Europe’s leading banks had provided $55 billion in funding in 2021 for energy companies planning to expand oil and gas production.

It said HSBC (HSBA.L), Barclays and BNP Paribas (BNPP.PA) were among the biggest funders of oil and gas projects in 2021. read more