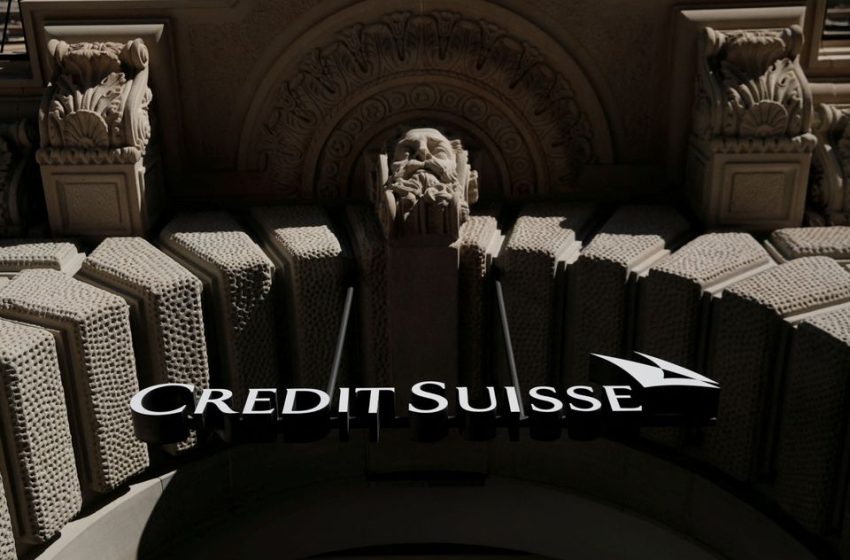 The logo of Swiss bank Credit Suisse is seen at its headquarters at the Paradeplatz square in Zurich, Switzerland October 1, 2019. REUTERS/Arnd Wiegmann/File Photo

ZURICH, May 31 (Reuters) – Credit Suisse (CSGN.S) is in the early stages of weighing options to bolster its capital after a string of losses has eroded its financial buffers, two people with knowledge of the matter told Reuters.

The size of the increase would be likely to exceed 1 billion Swiss francs ($1.04 billion), but this has not yet been determined, said one of the people, who declined to be named because the deliberations are still internal.

The cash injection would help Switzerland’s second-biggest bank to recover from billions of losses in 2021 and a series of costly legal headaches.

Selling shares to some of its major existing investors is the preferred option, but Credit Suisse has not ruled out tapping all shareholders, this person said.

A sale of a business, such as Credit Suisse’s asset management division, is also a possibility, the other person said. The bank had not yet decided on any potential action, they said. Any transaction was envisaged for the second half of this year.

“Credit Suisse is currently not considering raising additional equity capital,” the bank said in a statement.

“The Group is robustly capitalised with a CET1 ratio of 13.8% and a CET1 leverage ratio of 4.3%. Asset Management is an essential part of our group strategy presented last November, with four core divisions.”

The CET1 ratio is a key gauge of a bank’s financial strength.

“The news, if confirmed, points to potentially more pain than we currently expect,” Jefferies analysts wrote in a research note.

The Jefferies analysts suggested the move could reflect lower earnings than expected or else a backstop plan in case the environment for revenues and costs does not improve as expected in 2023.

“Given the strength of their balance sheet today, we agree with the company’s statement that no new equity raise is necessary,” David Herro of Harris Associates told Reuters.

Harris Associates holds a stake of around 5.2%, according to the bank’s website, currently making it the biggest shareholder.

Credit Suisse is reeling from billions in losses racked up in 2021 via failed investments, plus the impact of multiple legal cases, including a Bermuda court case that could cost around $600 million. read more

The bank has been trying to reform its risk management culture and also turn the page on a series of scandals, which have prompted several waves of management shake-ups, abrupt departures, and internal and external investigations.

The bank’s shares have fallen by more than a fifth in the past year.

Fitch and Standard & Poor’s both downgraded their debt ratings for Credit Suisse this month. read more

One of the watchdog’s main concerns was capitalisation at group level, this source said.

The deliberations over a capital boost come only a year after the Swiss bank raised around 1.75 billion Swiss francs from investors via mandatory convertible notes. read more

In April, Credit Suisse had played down the need for fresh capital even as it reported a first-quarter loss that intensified its financial pain. read more

Credit Suisse executives said at the time capital could remain constrained over the next six months as the bank continues to make significant outlays towards compliance and risk, but a source familiar with the matter said a capital increase was not under consideration at the time.

But a new capital increase would bolster Credit Suisse’s balance sheet and also send a positive signal. If well-known investors provided the bank with new cash, this could be seen as a sign of confidence, one of the sources said.