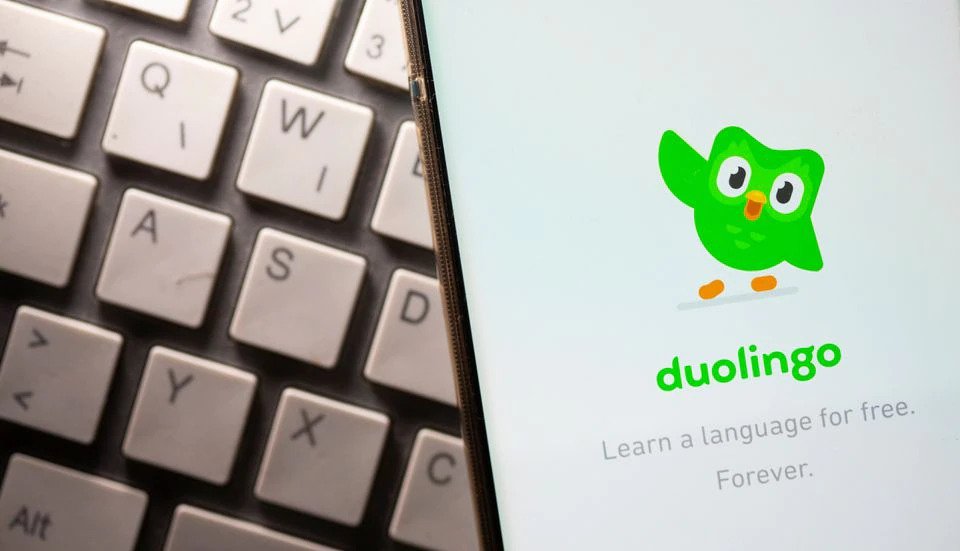 Smartphone with displayed Duolingo app is placed on the keyboard in this illustration taken, June 29, 2021. REUTERS/Dado Ruvic/Illustration

Duolingo’s stock opened at $141.4 per share, blowing past the initial public offering price (IPO) of $102 per share, which crossed the top end of its target range. The stock later pared some gains to trade at $130.92 in the afternoon.

The company’s flotation comes at a time of increased investor interest in the edtech space, after pandemic restrictions sent students and teachers from the classroom to the web.

“Being a public company will allow us to operate at a higher level, and get going from the minor leagues to the major leagues,” said Luis von Ahn, co-founder and chief executive officer of Duolingo.

Following the IPO, the company will focus on improving its flagship app and getting more active users to switch to paying subscribers, von Ahn said. Duolingo offers courses in 40 languages to about 40 million monthly active users.

The company also plans to expand more in Asia, its fastest growing region.

Currently, Duolingo’s largest market is the United States, home to 20% of its users and bringing in 45% of the company’s revenue, von Ahn said.

Duolingo raised nearly $521 million in the IPO by selling about 5.1 million shares. Almost 1.4 million of those shares were sold by existing stockholders and the proceeds will not go to the company.

Earlier this week, the company raised its price target range to between $95 and $100 per share, from an earlier estimate of between $85 and $95 per share. read more

The company was founded in 2011 by von Ahn and Severin Hacker, who met at Carnegie Mellon University.

Goldman Sachs & Co and Allen & Company are the lead underwriters for the IPO.Reporting by Niket Nishant in Bengaluru and Echo Wang in New York; Editing by Devika Syamnath