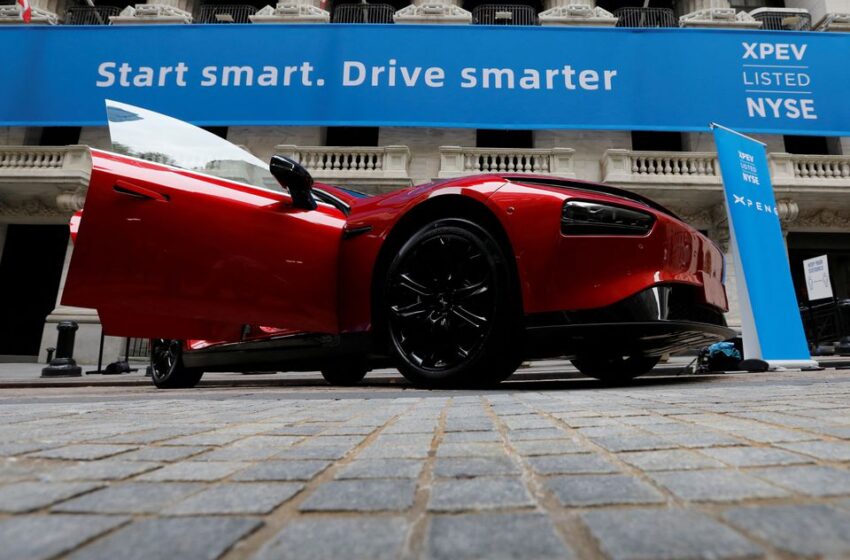 Gu said Xpeng has spent the last three years building stores and service centres in Denmark, the Netherlands, Norway and Sweden – with some initial sales in Norway – before an official launch next year of its electric P7 sedan and G9 sports-utility vehicle (SUV) in the four countries.

Five-star Euro NCAP ratings are seen as key to overcoming residual European concerns over the quality of Chinese-made cars, after awful crash test failures in 2006 and 2007 created an impression that cars from China were unsafe.

Fleet sales make up about half of all car sales in major markets including Germany, France and the United Kingdom, and many corporate buyers put a premium on safety.

“Fleet sales are very important and a lot of fleets have a mandatory five-star rating for buying cars,” Avery said.

What’s more, many fleets want to switch to EVs fast to meet sustainability goals. But corporate fleets have struggled to get enough EVs in Europe as supply chain issues have pushed waiting times for some models to more than 12 months.

High demand for electric cars amid supply chain shortages has allowed European carmakers to raise EV prices and focus more on retail clients, rather than customers such as car rental firms that have traditionally been less profitable for them.

That has created a window of opportunity for Chinese EV makers that have already stolen a march on most foreign rivals in China, by far the world’s biggest market for EVs.

In October, for instance, German car rental company Sixt said it would buy about 100,000 EVs from BYD, starting with its Atto 3 SUV which received the coveted Euro NCAP five-star rating the same month.

European carmakers are also pursuing five-star ratings for their EVs and hybrids, from BMW’s iX to Volkswagen’s ID.4 and ID.5. In October, Mercedes got the top rating for its EQE sedan and its driver-assistance features received the highest marks to date from Euro NCAP.

Chinese EV maker Aiways has yet to put its U6 electric crossover through its NCAP paces but it too is shooting for the highest rating on offer, said Alexander Klose, who heads the carmaker’s operations outside China.

He said Aiways has invested in extra safety features for the U6 to open up opportunities for sales to European fleets, including rental car firms, when it goes on sale next year.

“There will be a natural demand for vehicles like ours that are fully equipped and come at very competitive prices,” he said, adding that Aiways hopes to sell 30,000 EVs in Europe in 2023, up from about 5,000 this year.

But almost half the Chinese cars sold were EVs, according to Inovev, giving them a 5.8% share of Europe’s fully-electric vehicle market.

Inovev vice-president Jamel Taganza said all Chinese cars sold in Europe would be EVs within a few years, with more lower-cost models on the way.

“This is a conservative forecast,” Taganza said. “But it could increase more rapidly, especially if European carmakers do not answer the needs in Europe of affordable EVs.”

Getting a five-star rating is expensive for automakers because it means investing in additional safety features from extra airbags to collision avoidance, driver-assistance and driver-monitoring systems.

“Forget what you might think that Chinese means lower quality or lower safety performance,” he said. “Their quality is now better than others.”

BYD is launching three cars in a handful of European markets and will add more models and markets next year, all of which should have top safety ratings, said Michael Shu, managing director of BYD Europe.

“We think a five-star rating should be a very basic requirement,” he said.

Toby Marshall, UK sales and marketing director for GWM’s ORA brand, said if a car is well made, laden with features, has a high safety rating and is competitively priced, it no longer matters where it was built.

“Those are the key ingredients that matter to car buyers,” Marshall said, while showing off the Funky Cat at his office in Solihull in England’s midlands.

Bill Russo, head of consultancy Automobility Ltd in Shanghai, said the problem for many international carmakers with was that they ceded the advantage to Chinese rivals when it comes to building lower-cost EVs.

“The one place on the planet you’ll find an affordable EV today is China,” said Russo. “And they’re leveraging that advantage.”

Additional reporting by Zoey Zhang in Shanghai and Giulio Piovaccari in Milan; Editing by David Clarke