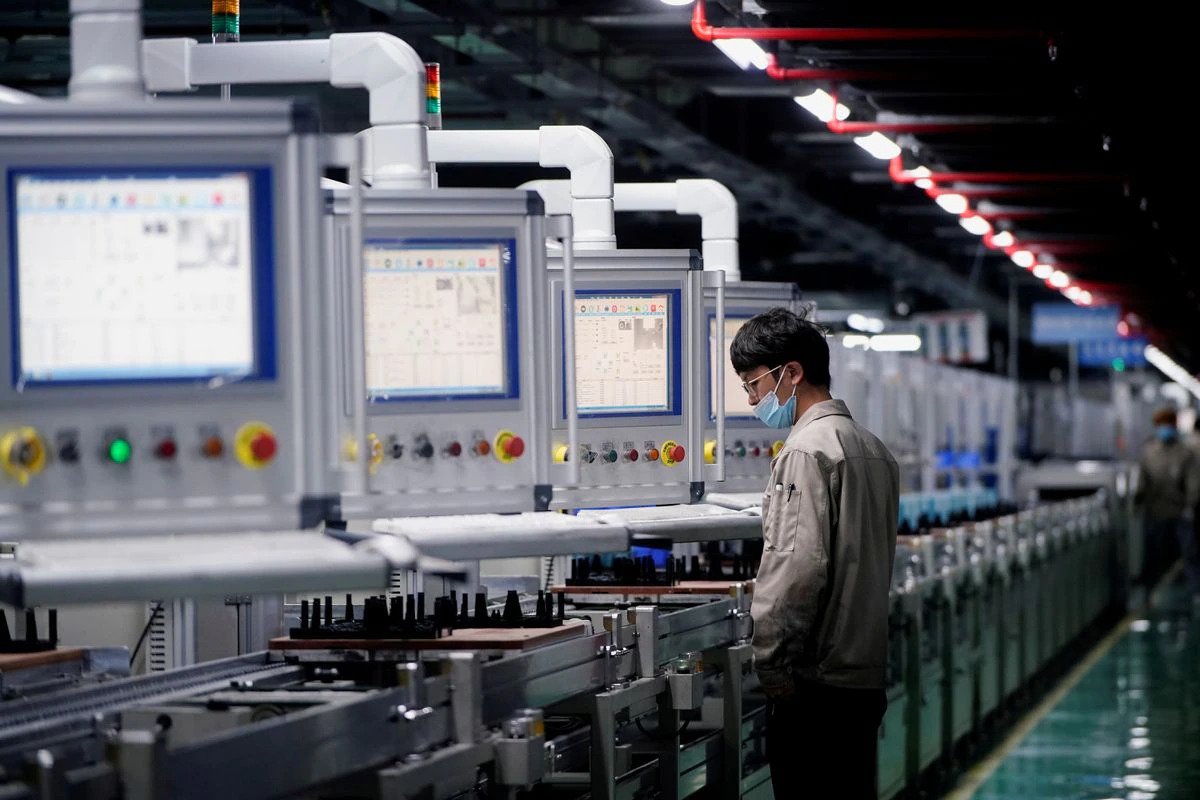 BEIJING, July 31 (Reuters) – China’s factory activity expanded in July at the slowest pace in 17 months as higher raw material costs, equipment maintenance and extreme weather weighed on business activity, adding to concerns about a slowdown in the world’s second-biggest economy.

The official manufacturing Purchasing Manager’s Index (PMI) eased to 50.4 in July from 50.9 in June, data from the National Bureau of Statistics (NBS) showed on Saturday, but remained above the 50-point mark that separates growth from contraction.

Analysts had expected it to slip to 50.8. It was the lowest figure since the index slumped to 35.7 in February 2020, after China began lockdowns to control the coronavirus pandemic.

An NBS official said in a statement the PMI’s sub-index for production slipped to 51.0 from 51.9 in June, pointing to equipment maintenance and extreme weather. The new order sub-index fell to 50.9, from 51.5, reflecting a slowdown in demand.

“The most alarming signal is the new export order index, which is at lowest level since July last year,” said Zhiwei Zhang, chief economist of Pinpoint Asset Management.

The sub-index for new export orders has dropped for three straight months starting in May. It stood at 47.7 in July.

A sub-index for raw material costs stood at 62.9 in July, compared with June’s 61.2, pointing to an increase in costs. High raw material prices have eaten into the profitability of industrial firms and deterred some Chinese exporters from taking on orders.

Authorities are eager to prevent high factory-gate prices being passed on to consumers, which would only add to current economic headaches as underlying demand remains weak.

Hit by extreme weather, the construction index dropped to 57.5, from June’s 60.1, and analysts expect the sector to face headwinds amid Beijing’s clampdown on the property market.

To bolster a slowing economy, the People’s Bank of China (PBOC) in mid-July surprised the market by lowering the reserve requirement ratio (RRR) for banks, releasing around 1 trillion yuan ($154 billion) in long-term liquidity.

China’s economy has largely recovered from disruptions caused by the pandemic, with the consumption and service sectors gradually catching up to the improvements in exports and manufacturing.

However, manufacturers are grappling with new challenges including higher raw material prices, surging logistics costs and global supply chain bottlenecks, and the pace of gross domestic product growth is expected to moderate.

The country is also racing to contain a fresh COVID-19 outbreak of the more infectious Delta variant in the eastern city of Nanjing. China’s zero-tolerance approach could present significant downside risks to the current economic recovery, analysts say.

Record flooding in central China may have also weighed on business activity in July, along with government moves to curb steel production in line with a drive to reduce emissions.

The official non-manufacturing Purchasing Managers’ Index (PMI) eased to 53.3 in July, from 53.5 in June, a separate survey from the NBS showed.Reporting by Stella Qiu and Yew Lun Tian; editing by Richard Pullin and Raju Gopalakrishnan