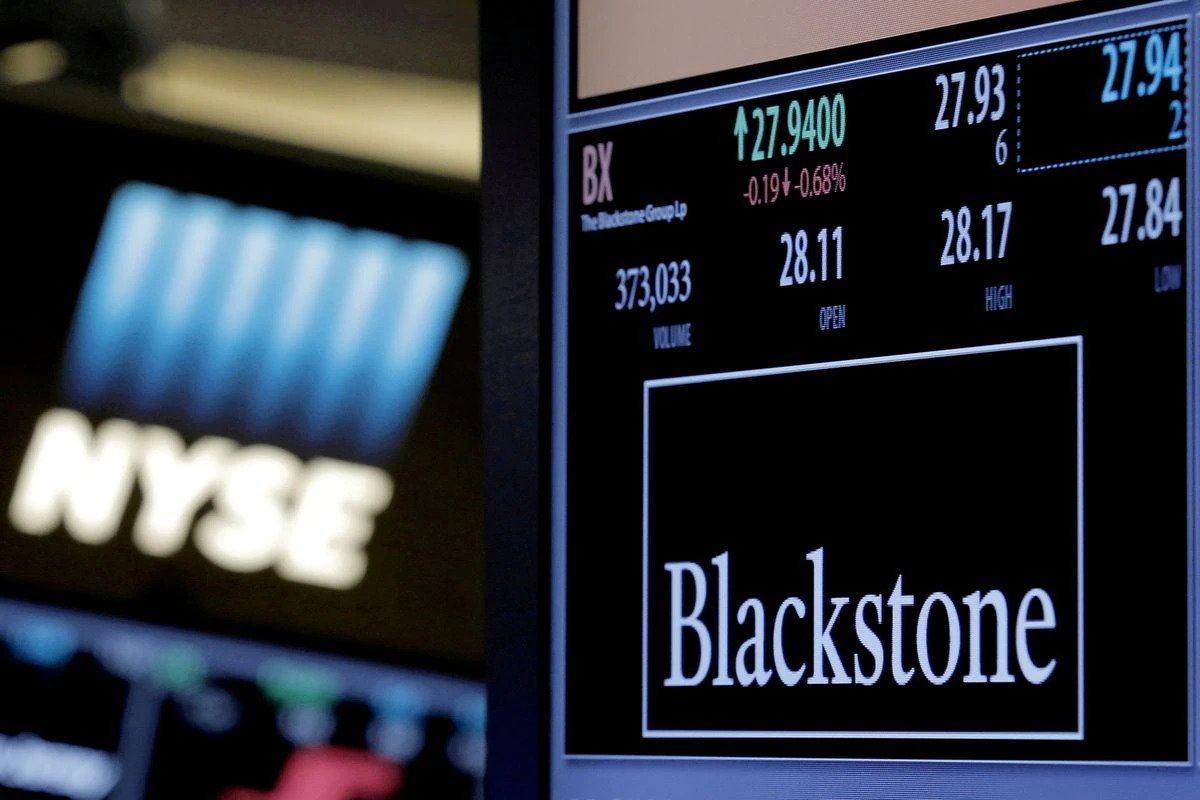 The ticker and trading information for Blackstone Group is displayed at the post where it is traded on the floor of the New York Stock Exchange (NYSE) April 4, 2016. REUTERS/Brendan McDermid//File Photo

Funds managed by the two companies had acquired a 91-acre site, 17 miles from central London, for 120 million pounds, they said on Sunday, adding that the total investment would be more than 700 million pounds ($975 million).

Subject to planning permission, they said they would build a world-class film and television studio campus, creating more than 4,500 permanent jobs.

Blackstone’s head of real estate Europe James Seppala said the partners intended to deliver a studio facility that would help ensure that Britain continued to be a premier destination for production.