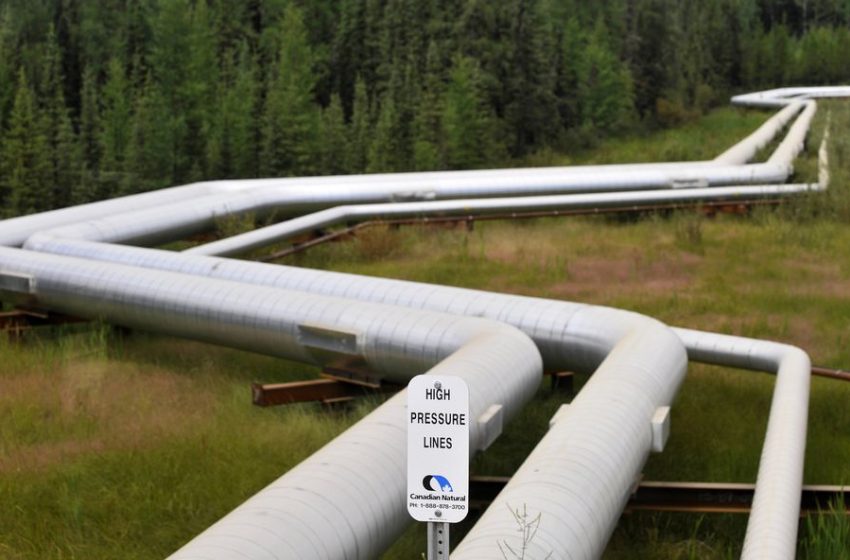 As world scrambles for oil, Canadian producers reluctant to spend on growth

CALGARY, Alberta, March 3 (Reuters) – The world is scrambling for oil after Russia’s invasion of Ukraine sent prices rocketing and upended global supply but producers in Canada, home to the world’s third-largest reserves, have no plans to significantly boost output.

Despite the surge in oil prices to 11-year highs, Canadian companies are wary of spending aggressively to grow oil production after the pain of 2020’s pandemic-induced oil price collapse. Investors are demanding strict capital discipline, while environmental opposition to new fossil fuel projects and the Canadian government’s plans to cap carbon emissions are also deterring growth.

Benchmark U.S. crude shot as high as $116 a barrel on Thursday on expectations that the market will be short of crude for months following sanctions on Moscow and major companies divesting Russian oil assets following the invasion of Ukraine.

Producers of Canadian heavy oil, which trades at a discount to U.S. crude, are raking in more than $100 a barrel, adding billions of dollars in revenues. read more

But companies are reluctant to boost capital budgets even as they reap the benefits of higher cash flow.

“They can sit with their feet up right now, with money flowing into their pockets, while hardly working,” said Rafi Tahmazian, portfolio manager at Canoe Financial in Calgary, which owns shares in oil sands producers.

“Why would they want to be a growth business again?”

Most of Canada’s reserves are held in northern Alberta’s vast oil sands, which account for roughly two-thirds of the country’s 4.9 million barrels per day of production.

The huge mining and thermal projects required to extract oil sands bitumen takes years to build and cost billions of dollars, and many international oil majors turned away from Canada during a prolonged downturn following the 2014 oil price crash.

“The price spike for oil we are currently experiencing due to Russia’s invasion of Ukraine is unlikely to entice producers into changing their investment plans in the near term,” said Ben Brunnen, vice president of oil sands at the Canadian Association of Petroleum Producers.

Producers would need a clear signal from the Canadian government that it supports large energy infrastructure investments to grow gas and oil production and export capacity, Brunnen added.

Instead Justin Trudeau’s Liberal government has promised a cap on oil and gas emissions, which could limit the industry’s growth. read more

“These geopolitical situations, as fast as (price) goes up, as fast it can go down,” said Canadian Natural President Tim McKay in an interview. “It’s very volatile, so you have to manage to those cycles.”

Outside the oil sands, conventional oil and gas producers are also cautious about expanding drilling programs. Instead they are prioritizing paying down debt incurred during the pandemic and returning value to shareholders, who have been clear in demanding companies keep a tight rein on spending.

“There’s now a strong price signal for growth…but we’re still in a place where sentiment has not fully changed, where we would have full investor and political support,” said Jonathan Wright, chief executive of NuVista Energy (NVA.TO), which produces 52,000 barrels of oil equivalent of gas and liquids.