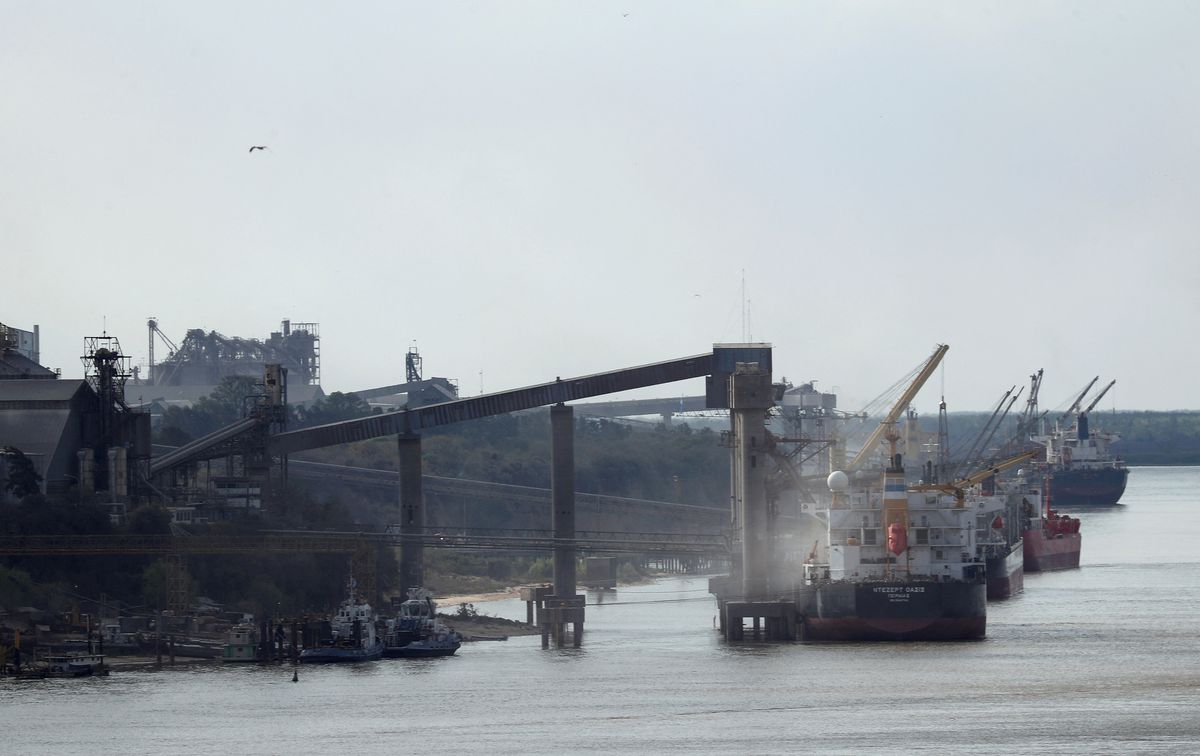 Grain is loaded aboard ships in a port on the Parana river near Rosario, Argentina August 28, 2020. REUTERS/Agustin Marcarian/File Photo

BUENOS AIRES, Dec 16 (Reuters) – Argentina’s economy expanded 11.9% on a year-on-year basis in the third quarter of 2021, the country’s statistics agency said on Thursday, in line with expectations of a sharp rebound from the 10.2% contractionin the same period last year.

The South American grains-producing nation has seen its economy recover more quickly than initially expected after taking a big hit from the COVID-19 pandemic, with the government nudging up its annual growth forecast for 2021 to around 10%.

A Reuters poll of 17 local and foreign analysts had predicted a median 12% expansion for the July-September quarter.

“In the third quarter, a recovery in consumption stood out,” said Isaías Marini, an economist at consultancy Econviews, who had forecast a 12% rise and expected the recovery to last into the final quarter of the year as salaries picked up.

“The salary improvements, recent easing (of restrictions) and the reactivation of credit suggest the year will end even above 10%. But short-term risks are the scarcity of reserves to finance growth, and the consequent exchange rate instability.”

“One of the biggest drivers today comes from the extractive activity of oil and fuel production. The agricultural sector is also showing a good performance and outlook,” said Pablo Besmedrisnik, economist at consulting firm Invenómica.

“The two sectors are key to getting the foreign exchange Argentina needs in the short and medium term.”

The South American nation posted a 17.9% GDP rise in the second quarter of 2021.