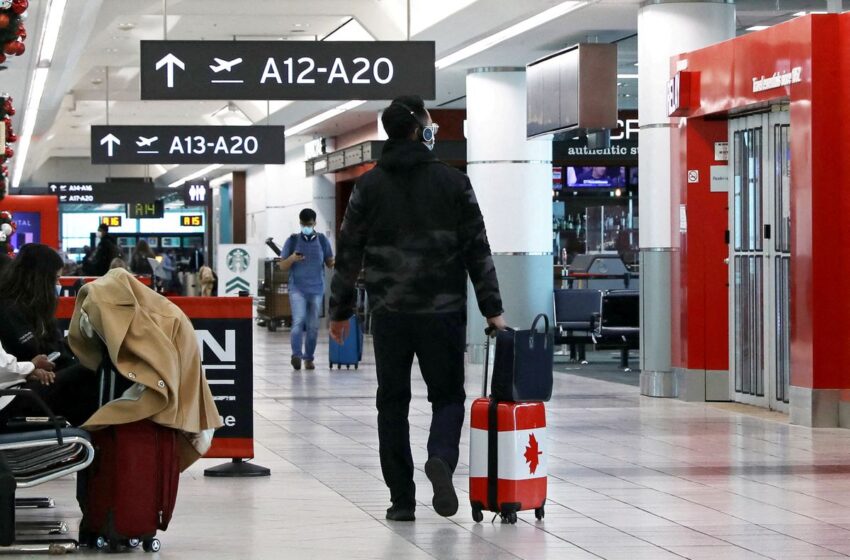 SYDNEY/ABU DHABI Jan 14 (Reuters) – Before the Omicron variant of coronavirus burst onto the scene in November, retired Australian Glenn Turnley was looking forward to a three-week trip to Japan, Britain and France in March – his first overseas jaunt since the pandemic began.

Even though he is fully vaccinated and boosted, Turnley says the high transmissibility of Omicron means he is likely to cancel – even if Japan opens its borders to foreigners.

“I was worried less with Delta because the vaccines that were available, they seemed to be doing the trick,” he said.

“I don’t want to spend any part of a holiday in quarantine or anything like that anywhere, especially in a foreign country.”

While the Omicron variant of the COVID-19 infection is potentially less severe, for many airlines it is proving as disruptive as the Delta variant and has dampened the first quarter outlook.

Its high transmissibility has led to tighter border rules in many countries and heightened the risk of even fully vaccinated travellers testing positive after they arrive and then being stranded at the destination for weeks, denting confidence.

“Clearly there are uncertainties so if you catch COVID you may get stuck in a country which is quite unpredictable to you,” said Jozsef Varadi, chief executive of European low-cost airline Wizz Air (WIZZ.L), which also operates in Abu Dhabi.

“So I don’t think that demand is fully back but we are certainly seeing some people who might be prepared to take more risk in life in general coming back to travel.”

ForwardKeys data shows international flight bookings are running at 38% of 2019 levels, well below an October peak of 58%, though up from an early December low.

Even people willing to take the risk of travelling as Omicron spreads face hurdles from fast-changing rules.

Brisbane-based business development executive Greg Lauer said he and three colleagues were planning to visit his firm’s headquarters in Hyderabad, India, next week, having booked in mid-December.

Two pulled out nearly immediately over the Omicron risks, though he and another colleague were willing to continue.

“The biggest risk was getting stuck,” Lauer said. “I have comprehensive insurance and am vaxxed and boosted.”

But then India last week reintroduced mandatory quarantine for foreign arrivals, so he cancelled the trip. read more

A recent survey of U.S. travellers by broker Jefferies found Omicron had led 20% Of respondents to cancel plans due to case counts and another 20% due to restrictions at the destination.

Omicron also poses a threat to recovery in the lucrative business travel segment. Major companies are further delaying the return to offices and some big events like the World Economic Forum in Davos have been postponed.

Even where demand exists, serving it has become harder.

Airlines from the United States, Australia and Finland are among those struggling to find enough crew to staff flights given that so many are infected or isolating as close contacts of COVID-19 cases.

Global carriers this week slashed capacity by 7.2%, one of the largest week-on-week drops in the last six months, travel data firm OAGs said. That includes a 44% cut at Europe’s Ryanair (RYA.I) and 17% at Lufthansa (LHAG.DE).

Delta Air Lines (DAL.N) Chief Executive Ed Bastian said international bookings had “paused” due to border restrictions but he expected a strong spring and summer on trans-Atlantic routes once rules eased due to pent-up demand.

In a potential positive over the medium term, the huge wave of Omicron cases globally has spurred some hopes that COVID-19 could be on its way to becoming endemic like the flu, which did not complicate international travel.

Yet for now, travellers will have to weigh the risks of each trip, said Irene Lai, global medical director at International SOS, which advises companies on health and security.

“Travel is just very complicated,” said Sydney-based Lai, who does not plan to take overseas holidays until at least 2023.

“We see this all the time: that a country’s entry requirements can just change with no notice,” she said. “So potentially you can get stuck.”