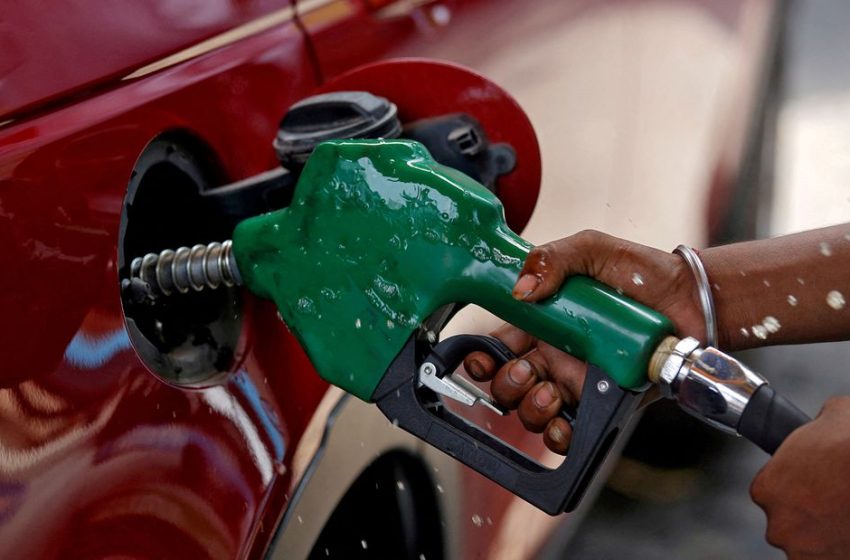 A worker holds a nozzle to pump petrol into a vehicle at a fuel station in Mumbai, India, May 21, 2018. REUTERS/Francis Mascarenhas

While many Western buyers are avoiding Russian crude in response to its invasion of Ukraine, Indian private refiners such as Reliance and Nayara have been among the biggest buyers this year of discounted Russian supplies.

They are reaping major profits by reducing domestic sales and aggressively boost fuel exports, including to buyers in Europe, which is now boycotting imports of Russian energy.

In contrast, state refiners are much smaller buyers of Russian crude as they largely buy oil under annual term supply deals. They face potential losses in the June quarter, industry sources say, as they grapple with rising global crude costs and controlled retail fuel prices that are unchanged since early April to rein in spiraling inflation.

India has bought about 62.5 million barrels of Russian oil since Moscow’s invasion of Ukraine on Feb. 24 – more than three times more than in the same period in 2021 – more than half for private refiners Reliance Industries (RELI.NS) and Nayara Energy, Refinitiv Eikon data shows. read more

In turn, private refiners have helped drive total Indian fuel exports 15% higher in the first five months of 2022 compared to the same period in 2021, according to data firm Kpler.

To accommodate sharply higher fuel exports, private refiners have reduced their market share of domestic fuel sales to 7% in April from 10% in the fiscal year to March 2022, an Indian state refinery source said.

State refiners have had to step up domestic sales, but are incurring losses of more than 20 rupees per litre on sale of diesel and 17 rupees a litre on gasoline, a second official at one of the state refiners said.

In light of such different operating environments, brokerage ICICI Securities cut its rating on IOC (IOC.NS), the country’s top state refiner and fuel retailer, to ‘Hold’ from ‘Buy’, and pitched Reliance as an alternate stock idea.

“This is the golden age of refining margins for refiners. But in India state refiners’ negative marketing margins are offsetting the gains from refining business,” said Ehsan Ul Haq, an analyst with Refinitiv.

State refiners are also losing more than 200 rupees on each cylinder of cooking gas, the state refining official added.

“The more we sell in the Indian market, the more we lose,” said the second source.

“RIL remains well placed to benefit from the ongoing surge in refining margins given its high complexity, high diesel yield, and high export ratio,” Citi said in a recent report.

Private refiners have priced their fuels at a higher rate compared to their state peers and have reduced supplies to their pumps, several dealers from Reliance and Nayara Energy said, leading to customers turning to state retailers fuel stations.

“We are making refining margins of more than $30 per barrel by processing Russian oil and earning huge profits through exports of refined fuel,” said an official at one of the private refiners.

Reliance did not respond to Reuters’ email seeking comments.

Nayara Energy in an emailed statement said it is maintaining fuel supplies to its dealers, and acknowledged a “nominal” increase in its retail prices for long-term interest of the company.

An oil ministry source said state retailers – which control over half of India’s 5 million barrels per day refining capacity – made profits in the March quarter due to inventory gains and earnings from other businesses, but bottom lines will be severely hit in the June quarter. read more

“They (state fuel retailers) have to bite the bullet and meet the domestic demand, while private refiners are printing money as they get oil at discounted rates and are making huge gains by exporting diesel to countries such as Europe,” Haq said.

“Our primary objective is to meet nation’s demand and at the same time strive to make profit as we are listed companies, so it is a challenging task for us,” said a fourth official at a state fuel retailer.