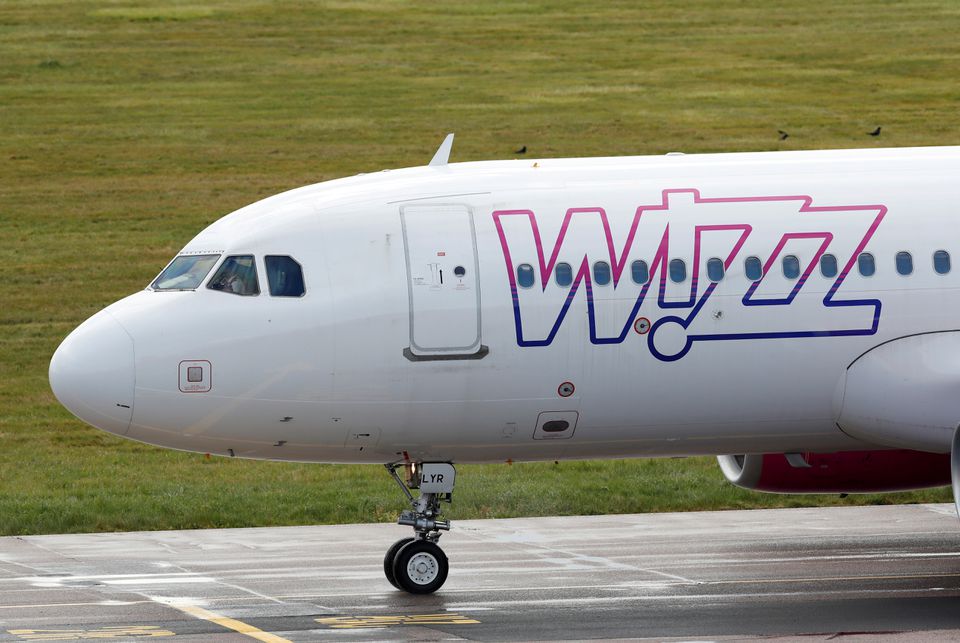 LONDON, July 28 (Reuters) – Wizz Air (WIZZ.L) expects capacity to ramp up to between 90% and 100% of pre-pandemic levels in July and August as summer demand for European travel grows, and this could get an extra boost from further easing of UK restrictions.

Britain is set to exempt fully vaccinated travellers from the European Union from quarantine in the coming days, which Wizz Air Chief Executive Jozsef Varadi said would help Britain to catch up with the bloc. read more

“Continental Europe has been more open for travel and as a result, demand has reacted much quicker and much more robustly for summer,” Varadi told Reuters.

Wizz Air shares jumped 6% to 4,927 pence in mid-morning trading on Wednesday on the positive summer outlook. They were also boosted by Varadi saying that Wizz could surpass its pre-pandemic size by the end of the year depending on how restrictions pan out.

“We should be getting well above 100%, and personally, I would hope that we will get there before Christmas,” Varadi said.

Wizz did not provide any more detailed guidance, citing the unpredictability of the pandemic. Larger rival Ryanair (RYA.I) on Monday had raised its forecast for full-year traffic on strong bookings. read more

Varadi said staffing levels were ready to respond to the pick-up in flights, dismissing claims made by Ryanair on Monday. read more

Wizz said that bookings from elsewhere in Europe were outpacing those from the UK, echoing a trend noted by larger rival easyJet last week. read more

The UK usually accounts for about 15 to 20% of Wizz’s business. The airline has expanded from its eastern European base both west to Britain and Italy, and east into Abu Dhabi, and continued to add new aircraft during the pandemic, when many competitors have cut their fleets.

For the three months to the end of June, Wizz’s first quarter period, it flew 33% of its pre-pandemic capacity, a total of 2.95 million people, and reported an underlying net loss of 118.7 million euros ($140 million).