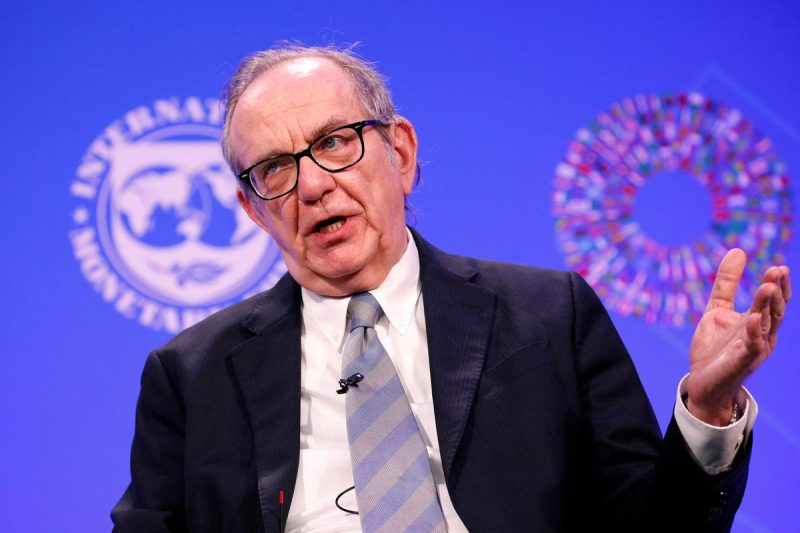 UniCredit last year lost its domestic leadership to rival Intesa Sanpaolo (ISP.MI), which took over mid-sized UBI to create a national champion. The Spanish market has also been consolidating, with Caixabank’s (CABK.MC) acquisition of Bankia and Unicaja’s (UNI.MC) deal to buy Liberbank.

Asked about the potential for post-pandemic banking mergers and acquisitions (M&A) Padoan told La Stampa daily he expected the situation to provide an incentive for the sector to consolidate further.

“We must not let banks … become more national instead of becoming more European,” he said.

“There is a scenario, not necessarily the most likely one, in which there could be more concentration in Italy and fewer cross-border deals. This would be like going against the European Banking Union.”

With operations spanning 13 markets, UniCredit is Italy’s only bank that regulators deem to be of global systemic relevance.

Under new Chief Executive Andrea Orcel, UniCredit in October walked away from a deal with Italy’s government to take on bailed-out rival Monte dei Paschi (BMPS.MI).

Asked if the deal could be revisited, Padoan said the window of opportunity had closed and UniCredit was focused on implementing the strategic plan Orcel unveiled this month. read more

Orcel, a veteran dealmaker formerly at UBS and Merrill Lynch, has not ruled out M&A, saying UniCredit could consider deals that strengthen its franchise and returns for shareholders.

Under its plan through 2024, UniCredit intends to return 16 billion euros to shareholders through dividends and buybacks. read more

Padoan reiterated that the bank would consider potential M&A options in Italy and abroad if they are in the interest of shareholders.

Turning to organisational changes triggered by the COVID-19 pandemic he said that UniCredit wanted to turn remote working into an opportunity.

“We currently require staff in central offices to come in two days a week. Once the emergency is over, we’ll switch to a hybrid model on a voluntary basis. Naturally in branches the proportions will have to be very different.”