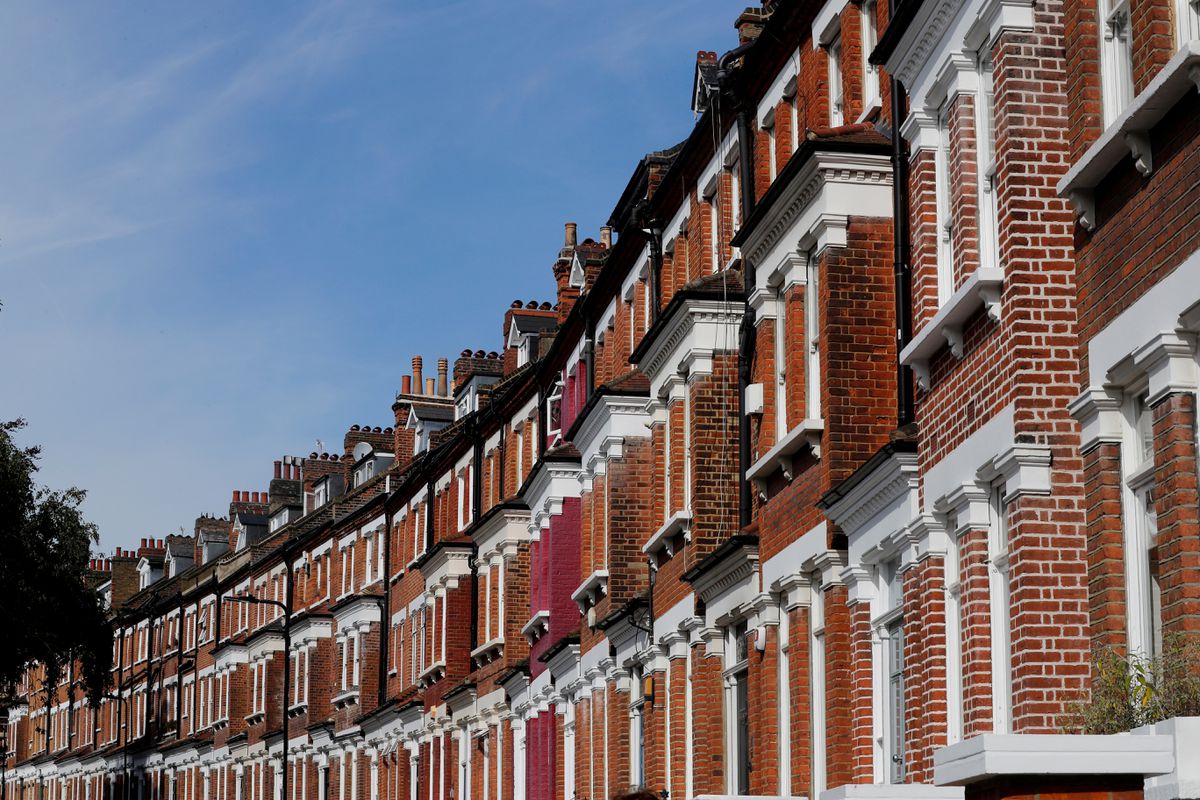 LONDON, July 29 (Reuters) – British mortgage lending showed a record surge in June as home-buyers rushed to qualify for a tax break before it was scaled back, but other data added to signs that a rise in COVID-19 cases in recent weeks slowed the broader economic recovery from lockdown.

Mortgage borrowing leapt by a net 17.9 billion pounds ($25.0 billion) from May, the biggest monthly increase in Bank of England records which date back to 1993.

The scale of the increase underscored how the tax incentive fired up Britain’s housing market, which was already being boosted by rising demand for bigger properties as more people worked from home because of the pandemic.

A Reuters poll of economists had pointed to a much smaller net increase of 7.9 billion pounds.

The data also showed the end of the full tax break was having an effect on new activity in the housing market.

Approvals of new mortgages by lenders – which in June would have been made too late for buyers to complete their purchase in time to get the tax break – fell to 81,300, the lowest figure since July 2020, the month when the incentive first took effect.

Under the scheme – part of finance minister Rishi Sunak’s support for the pandemic-hit economy – the first 500,000 pounds of any property purchase in England or Northern Ireland were exempt from stamp duty until the end of June.

A 250,000 pound tax-free allowance is now running until the end of September.

In contrast to the surge in mortgage lending, borrowing by British consumers rose only slightly last month.

Unsecured lending increased by a net 300 million pounds, well below the 1.2 billion-pound monthly average in the two years before the pandemic. A Reuters poll of economists had pointed to a rise of 600 million pounds in June.

“These figures chime with other early indicators such as spending on electronic cards that the resurgence of COVID-19 cases has increased consumer caution,” Kieran Tompkins, an economist at consultancy Capital Economics, said.

The BoE is expected to keep its stimulus programme running at full speed on Aug. 5, after its latest policy meeting, as it waits to see the impact of reduced emergency government help for workers and companies in the months ahead as well as progress in tackling the virus.

Sunak is phasing out a wage subsidy furlough scheme by the end of September.

Figures published on Thursday showed 4.9% of the workforce remained on the scheme in early July, though most were only furloughed on a part-time basis and were working some of their normal hours for their employer. This was down from 19.9% in January when the government ordered a new lockdown, but was little changed from late May.

Data from the Office for National Statistics also showed spending using payment cards edged up last week but was 6% below its pre-pandemic level, while online job advertisements rose by 1% to 31% above their February 2020 average. read more