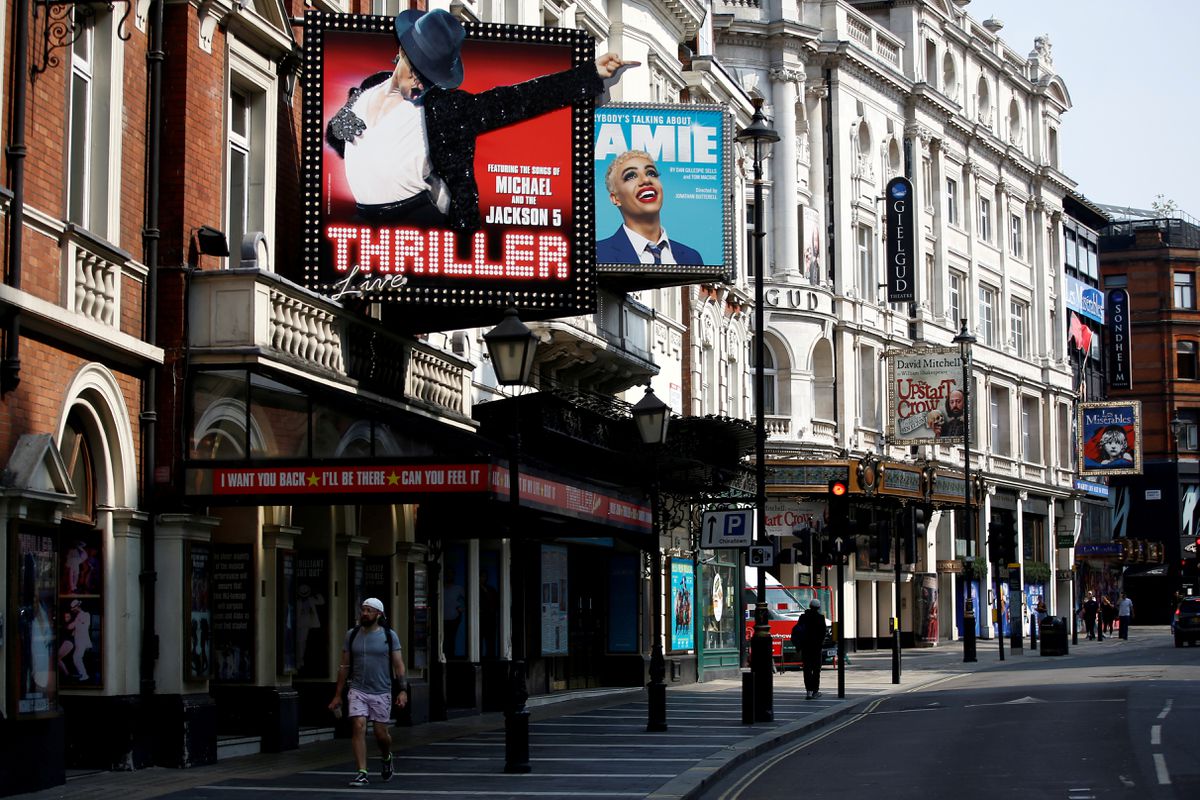 LONDON, June 29 (Reuters) – The British government is expected to announce an insurance scheme in the coming weeks for live events, including festivals, theatre and sports, to allow them to go ahead despite the pandemic, insurance industry sources said.

Insurers have since last year stripped COVID-19 from event cancellation insurance policies, meaning event organisers have no cover if a coronavirus outbreak forces them to tear up their schedules.

A report from a parliamentary committee last month called for a government-backed insurance scheme for live events, similar to a successful 500 million pounds ($696.05 million) scheme introduced for the film and TV industry last year.

The government is due to respond to the committee’s report by the end of the month.

“We are hopeful there will be an announcement,” said Tim Thornhill, a director at insurance broker Tysers, highlighting the urgency given there have already been cancellations.

However, insurance industry sources said the Department for Digital, Culture, Media and Sport has set up an “events indemnity sprint team” across several government departments and a government spokesperson said the department was working flat out to support live events.

“We are aware of the wider concerns about securing indemnity cover and are exploring what further support may be required when the sector is able to reopen,” a ministry spokesperson said by email.

Prime Minister Boris Johnson has said further lockdowns cannot be entirely ruled out, but that Britain is on course to lift most remaining COVID-19 restrictions on July 19. read more

In pressing the case for government support, the cultural sector says it is a huge tourist draw and theatre closures last year and this year have dealt a heavy blow to the economy.

After months of closure or pared back performances with reduced audiences to allow social distancing, planning ahead to revive the sector is all but impossible without events cancellation insurance, theatre and music directors say.

That makes government intervention crucial if the commercial sector will not pay.

“It would make a massive difference to us,” said Neil McPherson, artistic director at the Finborough Theatre, an independent venue in west London.

“We basically have the choice of carrying on with productions with devastating repercussions if we have to cancel, or cancel completely in advance because we can’t take the risk.”

Specialist insurers in the Lloyd’s of London and broader London commercial insurance market would be likely to provide some initial cover, brokers said, but most would take the form of a backstop from the government.

That structure would enable the government to reduce its exposure as the risk of COVID-19 subsides.

“There have to be insurers involved so there is an exit plan,” said James Davies, divisional director, sport and entertainment at EC3 Brokers. Both Tysers and EC3 have provided data to the government to help it to design a scheme.

Industry sources are hoping for a scheme at least as large as the film and TV scheme. The larger the scheme, the greater the variety of events which could get cover, including conferences and weddings, they said.

Thornhill said modelling by Tysers showed the government could insure 1.1 billion pounds in event costs with 250-300 million pounds of insurance.