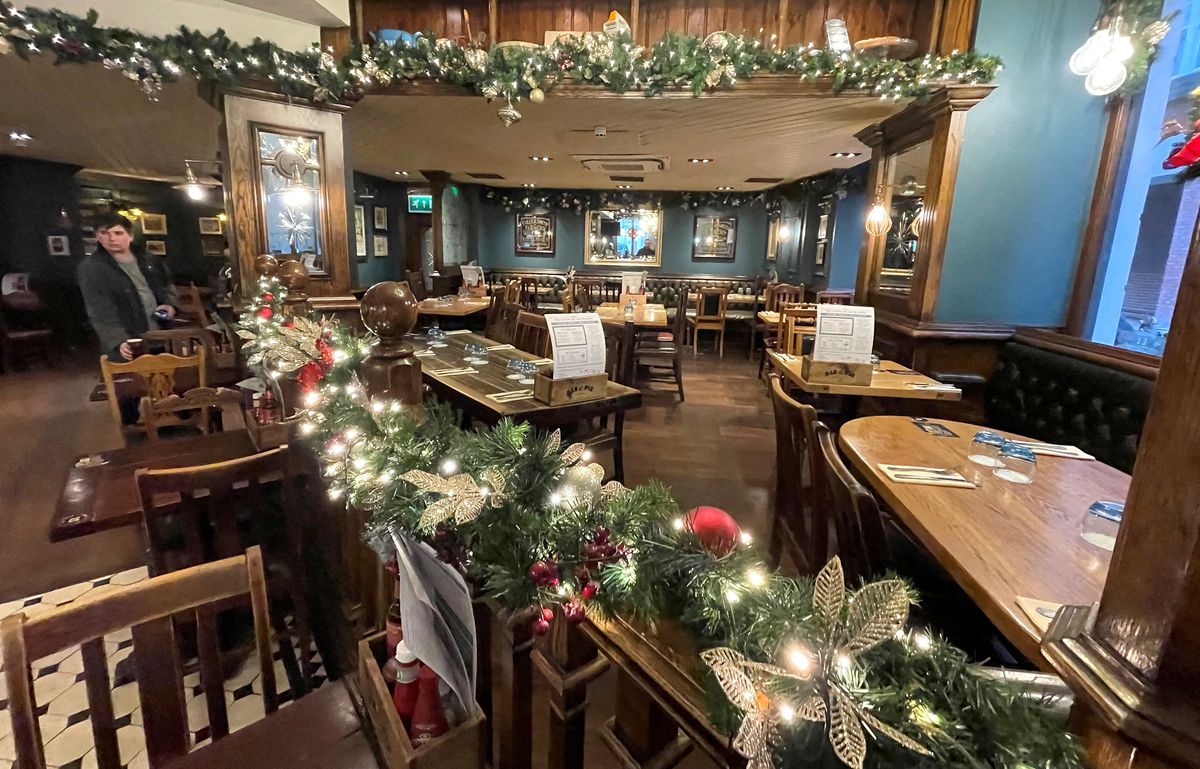 Empty tables are seen in a bar-restaurant amid the coronavirus disease (COVID-19) pandemic in London, Britain, December 18, 2021. REUTERS/Peter Nicholls

LONDON, Dec 23 (Reuters) – British businesses have reported their weakest growth since the country was under lockdown earlier this year and they expect a further slowdown in early 2022, the Confederation of British Industry (CBI) said on Thursday.

Growth was expected to slow again in the coming three months as the Omicron variant of the coronavirus weighs on the economy.

Prime Minister Boris Johnson has ruled out new COVID restrictions in England before Christmas but said he might have to act afterwards. Scotland and Wales have tightened controls.

“But with the potential of further measures still weighing on firms, the government must monitor the situation closely and ensure that any new restrictions go in lock-step with further targeted cashflow support,” he said.

Despite the slowdown, the CBI’s growth gauge remained a long way above its long-run average of +4.

Only manufacturers saw an acceleration in growth in the three months to December. Business and professional services, consumer services and distribution firms all reported slower growth, the CBI said.