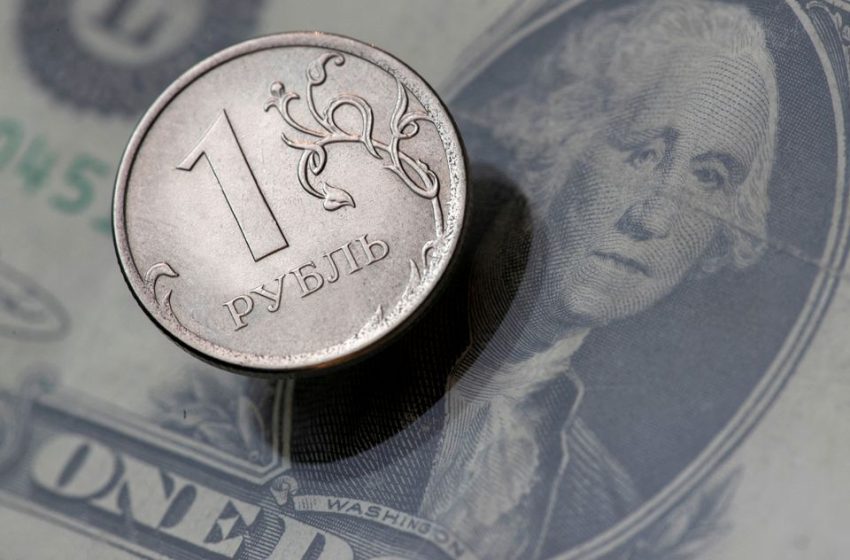 NEW YORK/WASHINGTON, April 5 (Reuters) – The United States stopped the Russian government on Monday from paying holders of its sovereign debt more than $600 million from reserves held at U.S. banks, in a move meant to ratchet up pressure on Moscow and eat into its holdings of dollars.

Under sanctions put in place after Russia invaded Ukraine on Feb. 24, foreign currency reserves held by the Russian central bank at U.S. financial institutions were frozen.

But the Treasury Department had been allowing the Russian government to use those funds to make coupon payments on dollar-denominated sovereign debt on a case-by-case basis.

On Monday, as the largest of the payments came due, including a $552.4 million principal payment on a maturing bond, the U.S. government decided to cut off Moscow’s access to the frozen funds, according to a U.S. Treasury spokesperson.

An $84 million coupon payment was also due on Monday on a 2042 sovereign dollar bond .

The move was meant to force Moscow to make the difficult decision of whether it would use dollars that it has access to for payments on its debt or for other purposes, including supporting its war effort, the spokesperson said.

Russia faces a historic default if it chooses to not do so.

“Russia must choose between draining remaining valuable dollar reserves or new revenue coming in, or default,” the spokesperson said.

JPMorgan Chase & Co (JPM.N), which had been processing payments as a correspondent bank so far, was stopped by the Treasury, a source familiar with the matter said.

The correspondent bank processes the coupon payments from Russia, sending them to the payment agent to distribute to overseas bondholders.

The country has a 30-day grace period to make the payment, the source said.

Russia does have the wherewithal to pay from reserves, since sanctions have frozen roughly half of some $640 billion in Russia’s gold and foreign currency reserves.

But a drawdown would add pressure just as the United States and Europe are planning new sanctions this week to punish Moscow over civilian killings in Ukraine. read more

Russia calls its actions in Ukraine a “special military operation”. Ukraine and the West say the invasion was illegal and unjustified. Images of a mass grave and the bound bodies of people shot at close range drew an international outcry on Monday. read more

Russia, which has a total of 15 international bonds outstanding with a face value of around $40 billion, has managed to avoid defaulting on its international debt despite unprecedented Western sanctions. But the task is getting harder. read more

“What they’re basically tying to do is force their hand and put even more pressure on (to deplete) foreign-currency reserves back home,” said David Wolber, a sanctions lawyer at Gibson Dunn in Hong Kong.

“If they have to do that, obviously that takes away from Russia’s ability to use those dollars for other activities, in essence to fund the war.”

It may also put pressure on Russian demands to be paid roubles for gas by European customers, he added.

Russia was last allowed to make a $447 million coupon payment on a 2030 sovereign dollar bond, due last Thursday, which was at least the fifth such payment since the war began.

If Russia fails to make any of its upcoming bond payments within their pre-defined timeframes, or pays in roubles where dollars, euros or another currency is specified, it will constitute a default. read more

While Russia is not able to access international borrowing markets due to sanctions, a default would prohibit it from accessing those markets until creditors are fully repaid and any legal cases stemming from the default are settled. read more