Wall Street ended a see-saw session lower on Wednesday as market participants awaited inflation data for clues as to when the U.S. Federal Reserve might tighten its dovish monetary policy.

All three major U.S. stock indexes reversed earlier gains, but remained range-bound in the absence of any clear market catalysts.

“There’s a lull period in terms of news,” said Chuck Carlson, chief executive at Horizon Investment Services in Hammond, Indiana. “We’re through earnings period and people are waiting for inflation numbers tomorrow, so you have a mixed market where the major averages aren’t doing much of anything.”

However, other meme stocks such as Clover Health (CLOV.O), AMC Entertainment (AMC.N) and Bed Bath & Beyond (BBBY.O) closed lower.

Retail volume has returned to its January peak, according to Vanda Research, as social media forums scramble to identify the next GameStop Corp (GME.N), the stock that kicked off the phenomenon.

“It feels like alternative stock market,” Carlson added. It’s an indication of speculation. You can be successful if you get in at the right moment but it’s very difficult to play successfully over time.”

“I don’t think you should read too much regarding the broader market.”

GameStop named Matt Furlong as its new CEO ahead of its earnings report, which showed a quarterly loss of $1.01 per share. Its shares fell over 4% in after-hours trading.

Industrial stocks (.SPLRCI), which stand to benefit from an infrastructure deal, slid by 1%.

Washington lawmakers passed a sweeping bill designed to boost the United States’ ability to compete against Chinese technology, providing funds for research and semiconductor production amid an ongoing chip supply drought. The bill now heads to the House of Representatives.

Even so, the Philadelphia SE Semiconductor index (.SOX) slipped 0.4%.

The Labor Department’s consumer price index report due out Thursday will provide another take on inflation amid the recovery’s demand/supply imbalance as investors determine whether inflationary pressures, as the Fed asserts, will be transitory.

Among the 11 major sectors in the S&P 500, healthcare gained the most.

Benchmark Treasury yields dropped below 1.5% for the first time since May, weighing on interest-sensitive financials (.SPSY).

Pfizer Inc (PFE.N) gained 2.5% after the Biden administration unveiled plans to donate 500 COVID-19 doses to about 100 countries over the next two years, according to a Washington Post report.

Drugmaker Merck & Co (MRK.N) rose 2.3% on the heels of its announcement the U.S. government had agreed to buy about 1.7 million courses of the company’s experimental COVID-19 treatment, molnupiravir, for about $1.2 billion, if the drug meets regulatory approval.

Declining issues outnumbered advancers on the NYSE by a 1.12-to-1 ratio; on Nasdaq, a 1.13-to-1 ratio favored decliners.

Volume on U.S. exchanges was 11.53 billion shares, compared with the 10.74 billion average over the last 20 trading days. 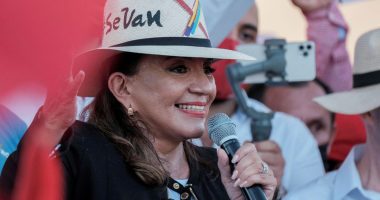 A pledge by a leading Honduran presidential candidate to embrace China and de-emphasize Taiwan ties if she wins Sunday’s election has prompted diplomatic jostling between Beijing and Washington as each seeks to exert influence on the Central American nation.
Deutsche Boerse’s (DB1Gn.DE) power and gas exchange EEX plans to launch an index to price hydrogen next year to aid trading of the commodity that is expected to play a big role in the shift to a green economy, one of the bourse’s board members said. 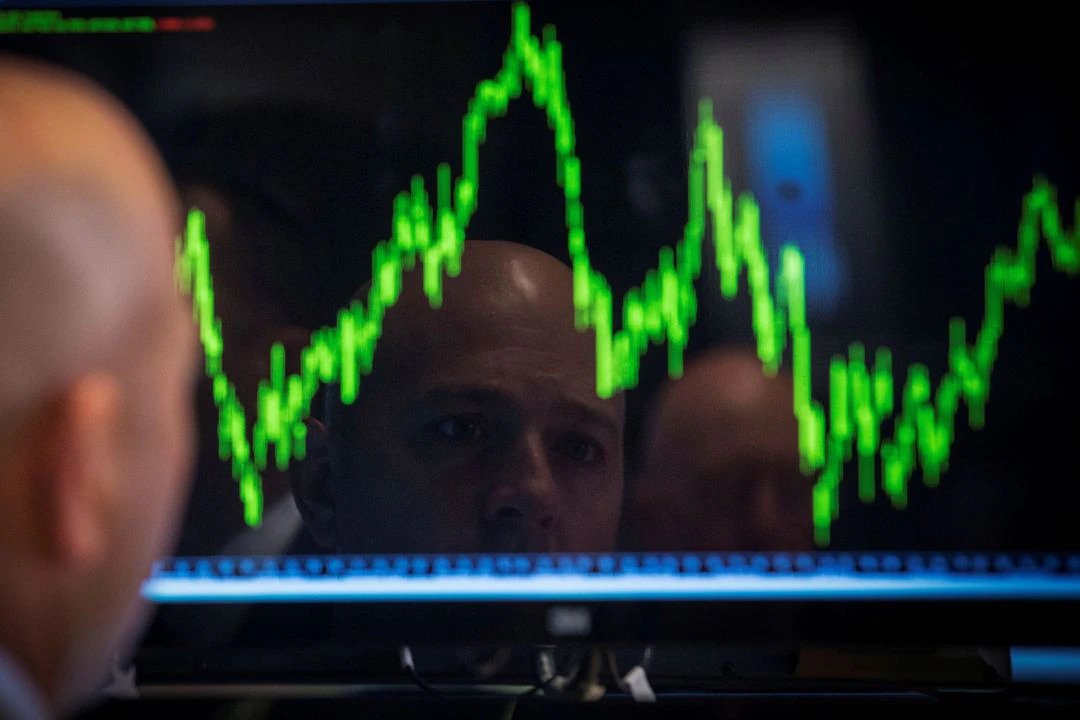