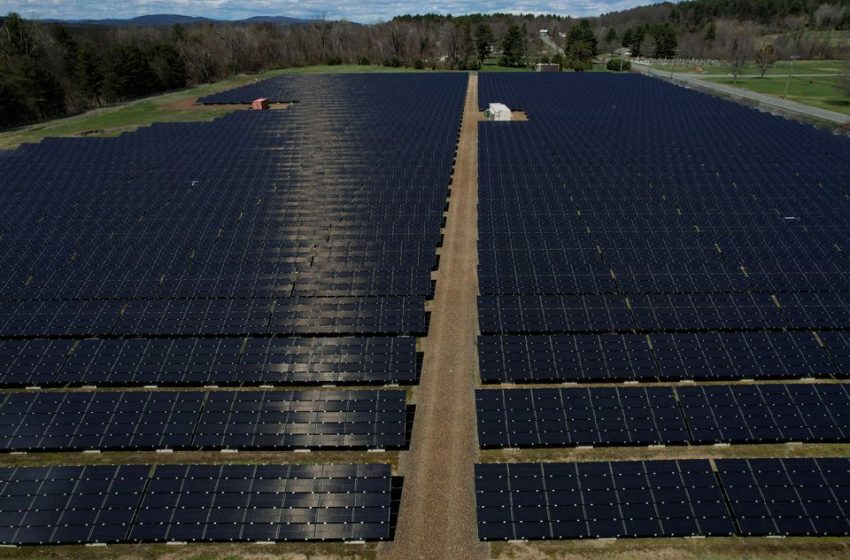 April 28 (Reuters) – The U.S. solar industry is warning of a big slowdown in project installations this year as global supply chain disruptions and the threat of new U.S. tariffs on panel imports from Southeast Asia hit home.

U.S. power company Southern Co (SO.N) on Thursday said nearly a gigawatt of its planned solar energy projects would be delayed by a year, the latest in a string of warnings from companies and industry representatives citing the two issues.

A slowdown in the solar industry’s growth could pose a threat to the Biden administration’s climate goals, which include decarbonizing the U.S. power sector by 2035 through the widespread adoption of wind and solar energy.

“I share your deep concern about this,” Energy Secretary Jennifer Granholm said on Thursday while testifying at a congressional budget hearing. She was responding to a lawmaker’s question about the threat of new tariffs on solar installations.

The delay to November 2024 applies to five planned solar facilities in Georgia that add up to 970 megawatts of capacity, according to a regulatory document. That’s enough capacity to power 184,000 homes.

The projects are being developed by Nextera, EDF Renewables and Consolidated Edison, according to regulatory documents. Georgia Power has 30-year contracts to buy the power from those facilities. Southern has committed to reducing its carbon emissions to “net zero” by 2050, in part by procuring large amounts of solar energy.

Last week, NextEra said it expected about 2.1 to 2.8 GW of its solar and energy storage projects to shift from 2022 to 2023. The company largely blamed the U.S. Commerce Department’s trade probe into alleged tariff dodging by Chinese panel makers, launched last month, that could result in tariffs on solar panels from four Southeast Asian nations that account for about 80% of imports into the United States.

The investigation, which will not be finished for months, has brought uncertainty to the solar market because the tariffs could be implemented retroactively.

Earlier this week, the largest solar trade group said it was cutting its solar installation forecasts for this year and next by 46% due to the threat of new tariffs. More than 315 projects are being canceled or delayed, according to the Solar Energy Industries Association.

The tariff concerns have added to an array of headaches for U.S. solar developers that include surging costs for components, labor and freight as the global economy recovers from the coronavirus pandemic.