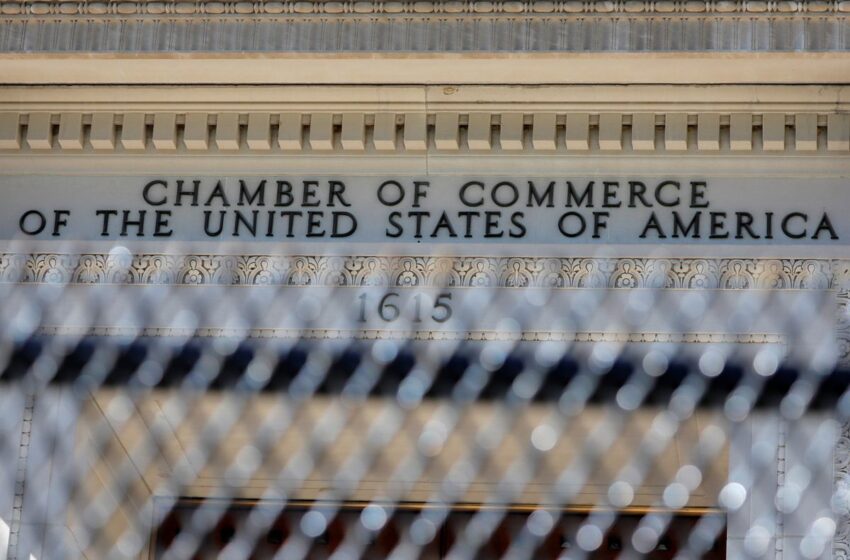 The United States Chamber of Commerce building is seen in Washington, D.C., U.S., May 10, 2021. REUTERS/Andrew Kelly

WASHINGTON, Jan 13 (Reuters) – The U.S. Chamber of Commerce, and a long list of other organizations, urged Congress on Thursday to pass “comprehensive privacy legislation” that would prevent the development of an unwieldy patchwork of state laws.

“A national privacy law that is clear and fair to business and empowering to consumers will foster the digital ecosystem necessary for America to compete,” the groups said in a letter addressed members of Congress.

Privacy proposals would cover online interactions but could be broader than just tech, and could include financial services or other sectors of the economy.

The Chamber’s letter is being released as a group of 20 organizations, led by TechNet and including NetChoice and the Business Roundtable among others, kick off a broader effort to push for privacy legislation.

The letter noted that it has been more than three years since California passed a privacy bill, which had been expected to spur Congress into passing federal legislation.

Instead, the letter said, other states, including Virginia and Colorado, had also passed legislation. “These proposals would take significantly diverse approaches on enforcement, duties, and scope that would make compliance incredibly difficult for small businesses to compete,” the groups said.

They noted that the Federal Trade Commission was also contemplating tackling the issue, which the groups said “would add a further layer of complexity to the state patchwork.”

Lawmakers in the U.S. Congress appear to agree broadly on the need for some kind of privacy legislation, and many bills have been introduced. But there is disagreement on how tough it should be and, perhaps most contentiously, whether federal law should preempt state privacy laws.