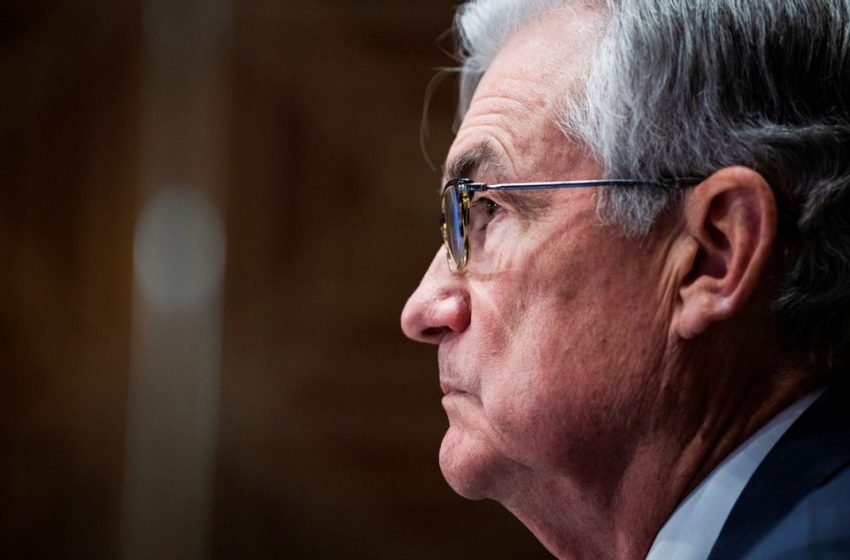 The pandemic broke the Fed’s model; this week may show how much

It was a move intended to spread the gains of economic growth more widely and keep a focus on jobs during the rebound from the pandemic.

But the assumptions on which it rested – a relatively frictionless global economy with a well-greased supply chain; a balanced U.S. labor market with just over one open job for each unemployed person – have been shattered by events that appear to have put the Fed’s two goals of full employment and moderate inflation back in opposition.

Unemployment today at 3.6% is more akin to the 1950s and 1960s, with workers exercising leverage to negotiate higher wages and, given the pandemic, better working conditions. Inflation, however, is soaring at more than 8% annually, leaving Fed officials at a crossroads over how to tame it and facing the possibility that their “narrow path” back to the pre-pandemic world of low unemployment and low inflation may have all but closed.

Fed officials are expected to raise interest rates for a third time this year on Wednesday, with a half-percentage point increase seen as the likely outcome along with signals for more as long as inflation keeps far overshooting their 2% target. In new projections, they will also provide their sense of what’s at risk, and what price the economy could pay through slowing growth and higher unemployment to get inflation back into line.

A HEYDAY FOR JOBS

Arguably Powell’s approach did what was intended in the labor market. The employment rebound has been faster than many expected at the pandemic’s outset.

Distributionally, it has also helped, consistent with the Fed’s view of maximum employment as something “broad and inclusive.” Wages have risen fastest for lower-paid occupations; more Blacks and Hispanics are employed than before the pandemic, while white employment in May remained 1.6 million below February 2020’s peak.

Back in March, Fed officials saw inflation receding with no unemployment rate increase, but “we’re going to see some cracks” in that story in the new projections, predicted Nomura senior U.S. economist Robert Dent. The median projected unemployment rate may just rise a couple of tenths of a percentage point in coming years, as Fed officials hang onto their view of an economy that may still revert to pre-pandemic form.

But “it is a tightrope…It would not be hard at all to see the economy tip into recession,” with joblessness rising to 5% or higher, he said. Some Fed officials have started opening the door to unemployment rates above 4%, the level policymakers roughly consider full employment.

One unexpected outcome of the pandemic was a federal government response so strong that household incomes rose despite a recession. Some now argue the spending, in early 2021 in particular, left the economy with much more consumer demand than it can meet, adding to inflation.

But it also offset what would have likely been rising poverty, hunger and homelessness. A lot of it, moreover, remains in household bank accounts. Data last week showed that through the end of March cash and checking deposits continued rising, to $4.4 trillion – more than triple the pre-pandemic level. read more

That also provided a buffer: In a recent Fed household survey respondents said they are in the best financial shape ever.

But, to some degree, it may have to be spent down to fix inflation – and may make the Fed’s job harder as it gives people room to handle $5-a-gallon gas.

The relationship between excess savings, its distribution across the economy, and people’s willingness to use the cash to cover higher prices is a key issue in the Fed’s inflation puzzle.

Another pandemic shoe that never dropped: Bankruptcy rates fell as the Paycheck Protection Program and other initiatives kept firms alive.

A recession or significant slowdown may well trigger the washout that never happened. According to data from Epiq, Chapter 11 commercial filings in May increased 34% from a year earlier, though overall commercial filings were down slightly.

A RECESSION WITH NO SAFETY NET?

As a result of the unprecedented effort to keep businesses and families afloat, the federal debt exploded. While the low-inflation, low-interest-rate environment of the last quarter century or so triggered a broad rethinking about public debt, some of the dynamics that argued for aggressive spending are now moving the other way. When rates on government debt exceed the rate of economic growth, for example, elected officials may not be so willing to roll out an expansive safety net next time.

Given how soon that may occur – in a recent Reuters poll 40% of economists said they expect a downturn within two years – the Fed may also be constrained. It can cut rates, which may by then be high enough to provide a substantial economic boost. But it will still be carrying a very large balance sheet, run up to nearly $9 trillion during the pandemic, with policymakers less likely to begin using that second tool to support the economy.