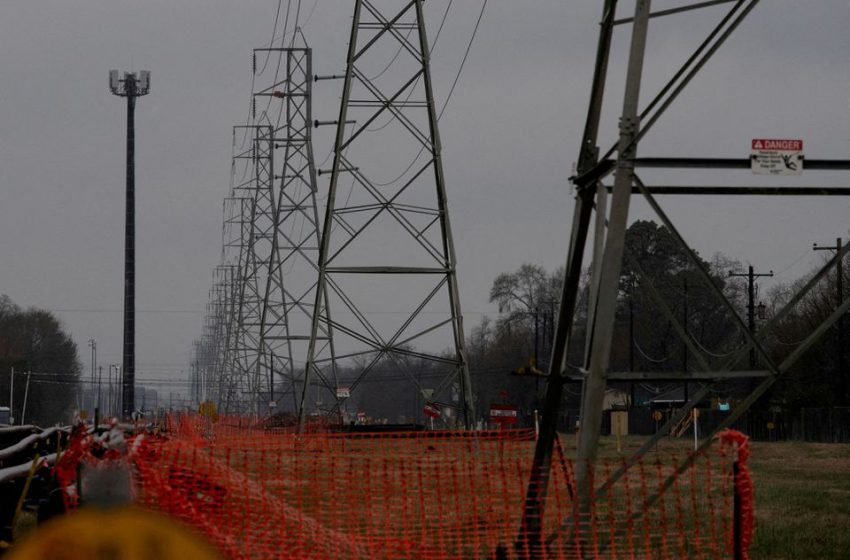 June 6 (Reuters) – Power demand in Texas is set to break the all-time record this week, far ahead of the hottest days of summer, testing of the resilience of the state’s power grid after issues earlier this year and last year’s days-long blackout during a deep freeze.

The Electric Reliability Council of Texas (ERCOT), which operates the grid for most of the state, expects power demand to surge to an all-time record by Tuesday – surpassing levels reached in August of 2019.

Usage is expected to reach 75,195 megawatts (MW) on June 7 due to anticipated high heat that exceeds typical levels for this time of year. ERCOT, which serves more than 26 million Texas customers covering about 90% of the state’s power demand, said it has enough resources available to meet forecast demand.

AccuWeather is forecasting high temperatures in Houston this week – into the upper 90s Fahrenheit, higher than normal – and will lead to businesses and residents boosting power usage as they crank up air conditioners.

Extreme weather is increasingly challenging power grids across the United States, and regulators are already predicting that record heat and drought this summer could cause rotating blackouts in several regions of the country. read more

Much attention is focused on Texas, where power demand is rising as the population has increased, and after the state endured several days without power during Winter Storm Uri last February. Texas was the third-fastest growing state by population in the last decade, according to U.S. Census data, adding to strain on the grid.

The grid says the addition of wind and solar plants over the past year would boost the amount of power resources available to 91,392 MW.

Even if ERCOT has enough resources to keep the lights on this summer, the grid’s power lines may not be able to move all the energy from where it is generated to where it is consumed.

That so-called transmission congestion will boost costs for consumers. During a heat wave in mid-May, ERCOT was forced to urge customers to conserve energy after several power plants shut unexpectedly, causing real-time prices to briefly soar to over $4,000 per megawatt hour (MWh). read more

“Transmission congestion in the real-time market was up 46% in 2021, totaling $2.1 billion,” Potomac Economics, ERCOT’s Independent Market Monitor, said in a report in May, noting more than $560 million of the congestion cost was generated during Winter Storm Uri.

One megawatt can power around 1,000 U.S. homes on a typical day, but only about 200 homes on a hot summer day.