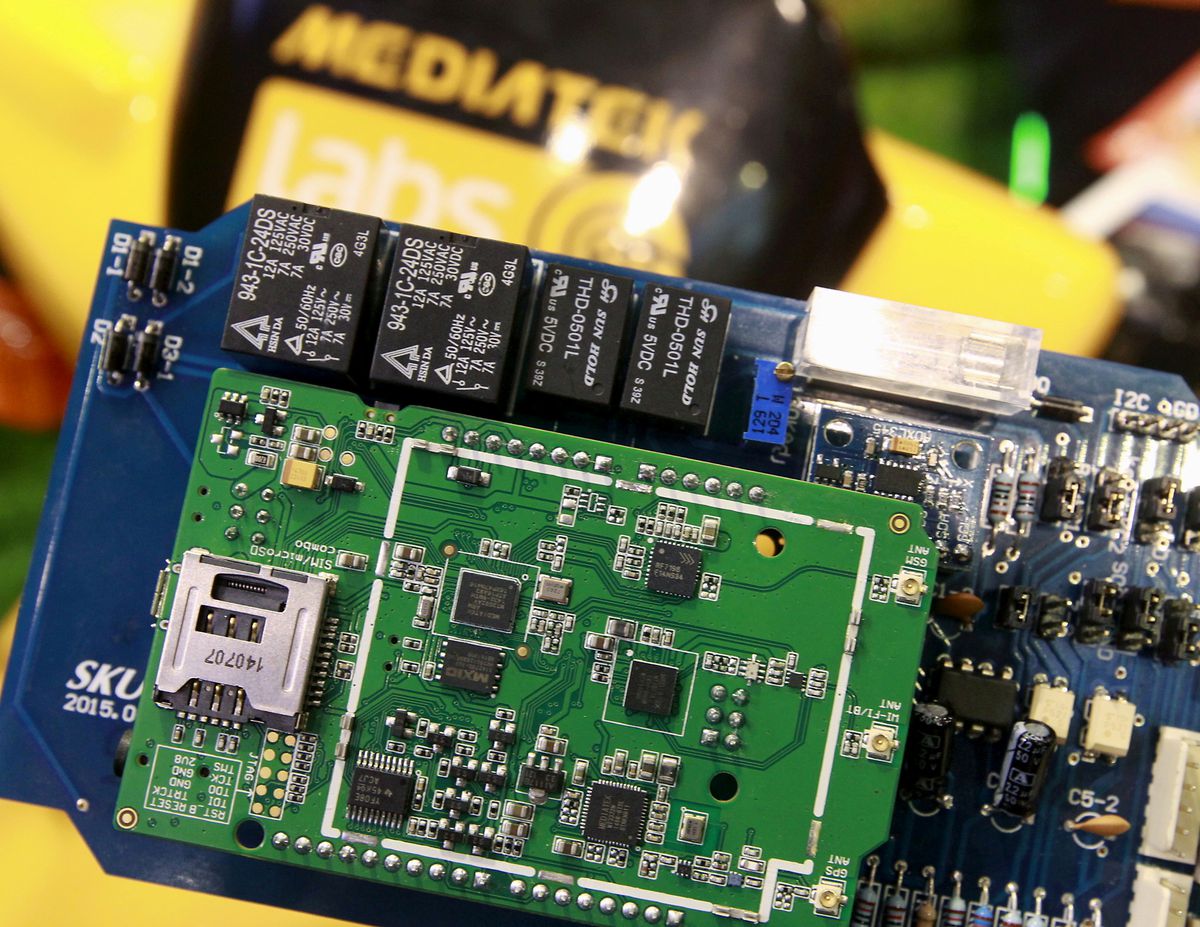 MediaTek chips are seen on a development board at the MediaTek booth during the 2015 Computex exhibition in Taipei, Taiwan, June 3, 2015. REUTERS/Pichi Chuang

TAIPEI, Nov 25 (Reuters) – Taiwan is looking at cooperating with three Eastern European countries on semiconductors, a minister said on Thursday, a move likely to find favour in Brussels which has been courting Taiwanese semiconductor firms to manufacture in the bloc.

Tech powerhouse Taiwan, home to companies such as Taiwan Semiconductor Manufacturing Co Ltd (TSMC) (2330.TW), has become front and centre of efforts to resolve a shortage of chips that has shut some auto production lines around the world and whose impact is now being felt in consumer electronics too.

While TSMC is building a $12 billion chip fabrication plant in the U.S. state of Arizona, it has given no suggestion of interest in a similar facility in Europe, despite EU efforts to spur such investment.

Kung Ming-hsin, who heads Taiwan’s National Development Council, told reporters following his visit to Slovakia, the Czech Republic and Lithuania last month that all three countries had mentioned they wanted to work on chips with the island.

Taiwan will set up working groups with the three countries to work out how to cooperate on chips, while Taiwan will also give scholarships for technical training, he added.

Taiwan has been keen to express its gratitude to the three countries for their donations of COVID-19 vaccines, and also, for Lithuania and the Czech Republic’s support as Taiwan faced growing political pressure from China.

Neither the EU nor its member states have formal diplomatic ties with Chinese-claimed and democratically-ruled Taiwan, but Taipei has sought to bolster its relations with the bloc by stressing their shared values of freedom and democracy.

The European Commission has proposed legislation to boost chip production, and has angled for Taiwan’s involvement.

Kung said it would be hard for Europe to do that on its own.

“So they hope to cooperate with Taiwan,” he added.