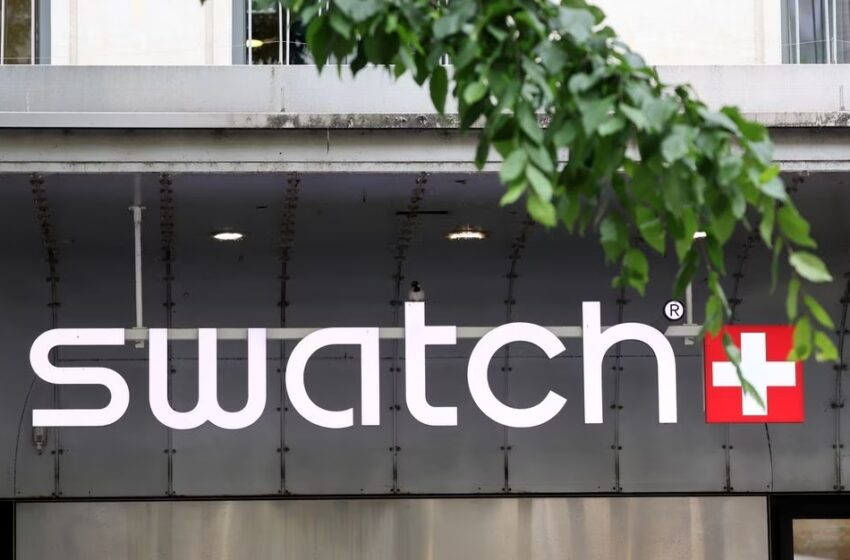 A logo of Swiss watch maker Swatch Group is pictured on a store in Geneva, Switzerland, May 31, 2022. REUTERS/Denis Balibouse

Swatch positive on recovery in luxury demand from China

The maker of high-end Omega, Tissot and Longines timepieces as well as its eponymous mass-market plastic watches said sales in China in January had already exceeded the high levels seen in January 2022.

The Swiss company said it expects record sales in 2023 boosted by the return of demand in China, Hong Kong and Macau, which was hit by the return of COVID-19 cases last year, and as Chinese tourists resume their travels.

“Group Management anticipates strong sales growth in 2023 in all regions and segments,” Swatch said, noting that consumption had quickly recovered in Hong Kong and Macau as well as China after pandemic restrictions were lifted.

“In addition, lifting of travel restrictions in China will revitalise sales in tourist destinations. The sales growth in January in China reinforces the Group’s expectation to aim for a record year in 2023.”

The outlook sent Swatch’s shares to their highest level since July 2021, and was the latest positive signal for the luxury sector at the start of the Chinese Year of the Rabbit.

The focus of the sector is shifting back to China, with hopes that its high-end spenders will once again splash out on designer goods.

Last week Burberry said it was optimistic consumers in China would start spending again and Richemont saw a rebound there before the Lunar New Year holiday.

The company missed its goal of increasing sales by a double digit percentage, when measured in constant currencies, but Bernstein analyst Luca Solca said there was good reason for CEO Nick Hayek’s optimism this time.

“I believe the market will take the miss leniently, as the reasons for the miss are linked to (China’s policy of) zero COVID, and zero COVID has been phased out,” he said. “For once, a strong FY23E outlook seems reasonable and credible.”

Some other analysts remained cautious.

“To reach the record sales number of 2014 Swatch Group would need to have growth of 16% in 2023,” said Patrik Schwendimann of Zuercher Kantonalbank.

“In local currencies this would even mean growth of 19%. As James Bond would say, “never say never again”, but I think the environment would have to improve significantly to reach that number.”