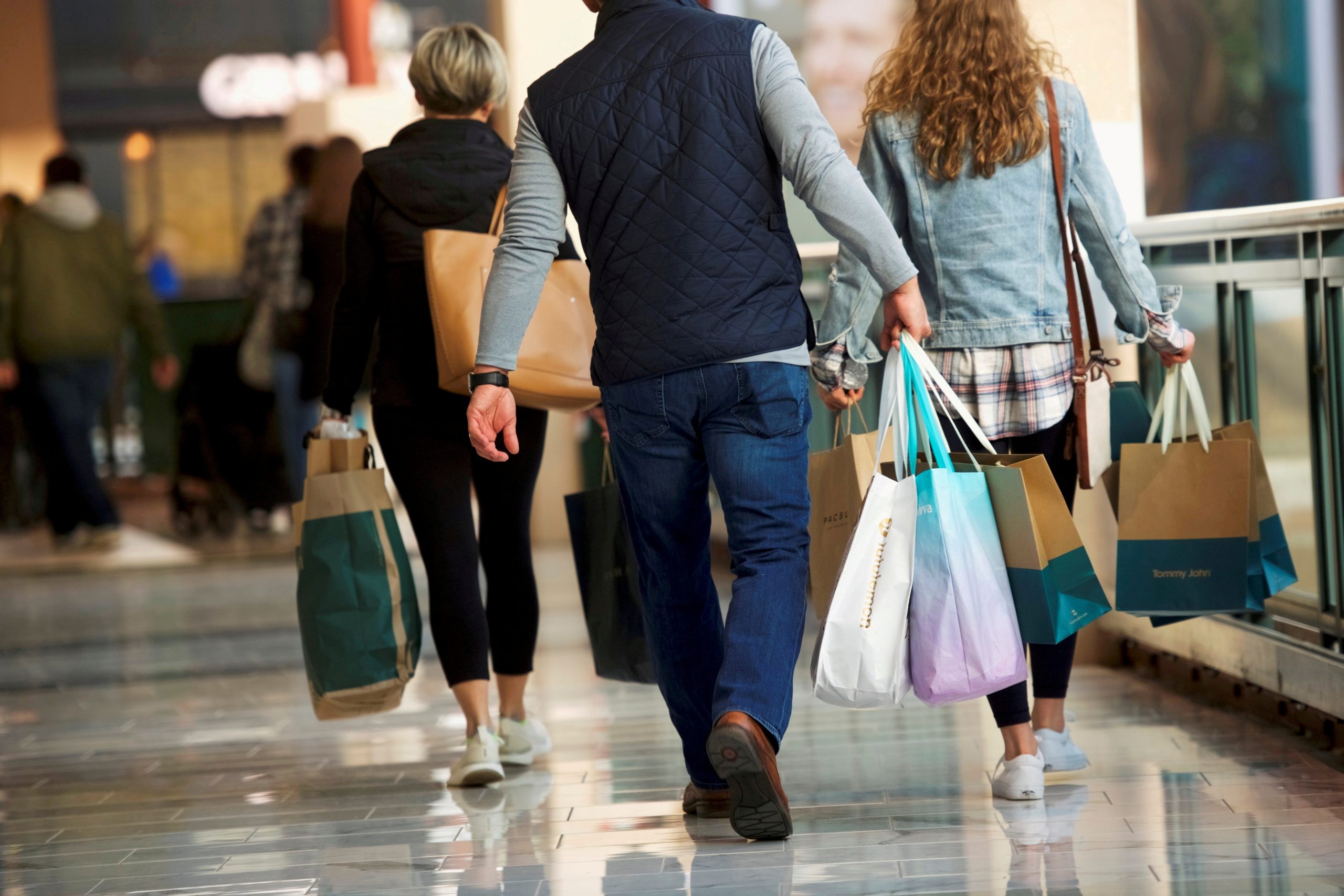 WASHINGTON, Aug 31 (Reuters) – U.S. consumer confidence fell to a six-month low in August as worries about soaring COVID-19 infections and higher inflation dimmed the outlook for the economy.

The survey from the Conference Board on Tuesday showed consumers less inclined to buy a home and big-ticket items like motor vehicles and major household appliances over the next six months, supporting the view that consumer spending will cool in the third quarter after two straight quarters of robust growth.

Still, more consumers planned to go on vacation, indicating a rotation in spending from goods to services was underway as economic activity continues to normalize following the upheaval caused by the coronavirus pandemic. Increased spending on services, which account for the bulk of economic activity, should keep a floor under consumer spending.

“The report does raise the warning flag that if the pandemic worsens, and given the continued unwillingness of many to get vaccinated that is a real possibility, we could see people stashing away funds just in case,” said Joel Naroff, chief economist at Naroff Economics in Holland, Pennsylvania. “We could see growth moderate faster than expected.”

The Conference Board’s consumer confidence index dropped to a reading of 113.8 this month, the lowest since February, from 125.1 in July. Economists polled by Reuters had forecast the index falling to 124.0. The cutoff for the survey was Aug. 25, before the killing of 13 service members in Afghanistan and Hurricane Ida slammed Louisiana.

The measure, which places more emphasis on the labor market, held up well compared to other surveys. The University of Michigan’s survey of consumers showed sentiment tumbling to near decade lows in August because of rising prices for goods like food and gasoline, as well as the resurgence in COVID-19 cases that has been driven by the Delta variant of the coronavirus.

“While the resurgence of COVID-19 and inflation concerns have dampened confidence, it is too soon to conclude this decline will result in consumers significantly curtailing their spending in the months ahead,” said Lynn Franco, senior director of economic indicators at the Conference Board in Washington.

Consumers’ inflation expectations over the next 12 months rose to 6.8% from 6.6% last month. There are signs, however, that price pressures have peaked, with data last week showing the Federal Reserve’s preferred inflation measure posting its smallest gain in five months in July. read more

Wall Street’s main indexes hovered near record highs. The dollar (.DXY) was steady against a basket of currencies. U.S. Treasury prices were lower.

The Conference Board’s so-called labor market differential, derived from data on respondents’ views on whether jobs are plentiful or hard to get, slipped to a still-high reading of 42.8 this month from 44.1 in July, which was the highest since July 2000.

This measure closely correlates to the unemployment rate in the Labor Department’s closely watched employment report.

“It continues to send a pretty favorable signal about labor market conditions,” said Daniel Silver, an economist at JPMorgan in New York.

Nonfarm payrolls likely increased by 750,000 in August after rising 943,000 in July, according to a Reuters survey of economists. The unemployment rate is forecast falling to 5.2% from 5.4% last month.

Though fewer households intended to buy long-lasting manufactured goods such as motor vehicles and household appliances like washing machines and clothes dryers this month, more expected to travel domestically, with many intending to fly to their destinations.

Households accumulated at least $2.5 trillion in excess savings during the pandemic, laying a strong foundation for consumer spending. Gross domestic product growth estimates for the third quarter are around a 5% annualized rate. The economy grew at a 6.6% pace in the second quarter.

The Conference Board survey also showed less enthusiasm among consumers for home purchases over the next six months amid higher house prices, which are sidelining some first-time buyers from the market.

A separate report on Tuesday showed the S&P CoreLogic Case-Shiller national home price index jumped a record 18.6% in June from a year ago after rising 16.8% in May. Economists, however, believe that house price inflation has peaked, with homes becoming less affordable especially for first-time buyers.

“Some early data suggests that the buyer frenzy experienced this spring is tapering, though many buyers still remain in the market,” said Selma Hepp, deputy chief economist at CoreLogic. “Nevertheless, less competition and more for-sale homes suggest we may be seeing the peak of home price acceleration. Going forward, home price growth may ease off but stay in the double digits through year-end.”

A third report from the Federal Housing Finance Agency (FHFA) showed its house price index rose a record 18.8% in the 12 months through June. House prices surged 17.4% in the second quarter compared to the same period in 2020. FHFA believes house prices peaked in June.Reporting by Lucia Mutikani; Additional reporting by Evan Sully; Editing by Paul Simao and Andrea Ricci