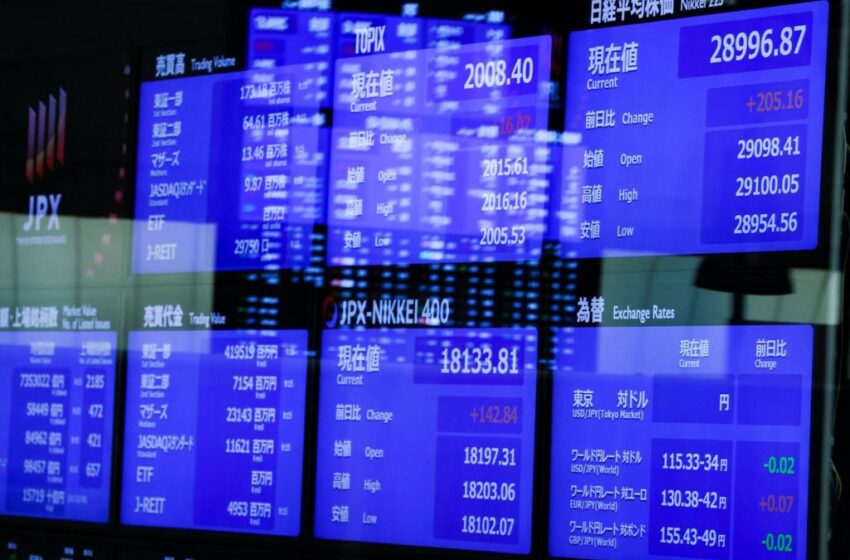 LONDON, Jan 10 (Reuters) – Stock markets struggled on Monday as U.S. Treasury yields reached a new two-year high and investors fretted about the prospect of rising interest rates and a surge in COVID-19 infections.

The small fall on Monday follows on from a bruising first week of the year when a strong signal from the Federal Reserve that it would tighten policy faster to tackle inflation, and then data showing a strong U.S. labour market, unnerved investors who had pushed equities to record highs over the holiday period.

Technology stocks, which have soared the past two years thanks in part to very low interest rates, led the falls while investors bought into lower-valued energy and financial shares.

The drop on Monday was limited but across markets.

Futures on Wall Street pointed to a mixed open . The S&P 500 suffered its worst start to the year since 2016.

This week is a busy one, with U.S. inflation data due that could all but confirm a U.S. rate rise is coming in March and corporate earnings kicking off.

Analysts fear the U.S. consumer price report on Wednesday will show core inflation climbing to its highest in decades at 5.4% and usher in a rate rise as soon as March.

“The persistent rise in consumer inflation could further boost the Fed hawks, bring them to price a steeper normalization path, and more importantly fuel the expectation that the Fed should rapidly reduce the size of its balance sheet to avoid flattening the yield curve while fighting back inflation,” said Ipek Ozkardeskaya, an analyst at Swissquote.

Ozkardeskaya added that there was “plenty of hawkishness” yet to be priced into assets.

While the December payrolls number released last week did miss forecasts, the drop in the jobless rate to just 3.9% and strength in wages suggested the economy was running short of workers.

Markets quickly shifted to reflect the risks with futures implying a greater than 70% chance of a rise to 0.25% in March and at least two more hikes by year end.

“We think that the increase in long-dated Treasury yields has further to run,” said Nicholas Farr, an economist at Capital Economics.

“Markets may still be underestimating how far the federal funds rate will rise in the next few years, so our forecast is for the 10-year yield to rise by around another 50bp, to 2.25%, by the end of 2023.”

The dollar index edged up to 95.878 . The greenback has failed to find significant support from rising Treasury yields.

Oil prices held to recent gains, having climbed 5% last week helped in part by supply disruptions from the unrest in Kazakhstan and outages in Libya.