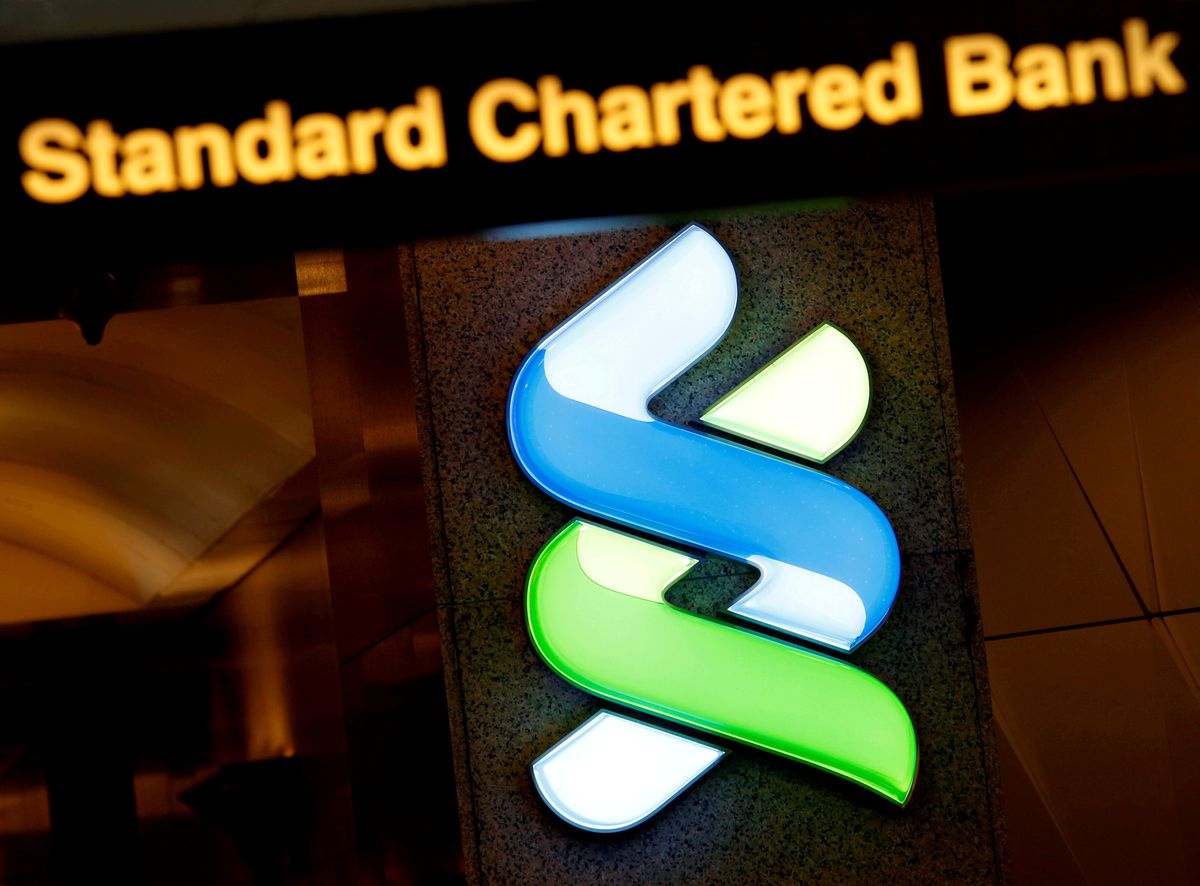 A logo of Standard Chartered is displayed at its main branch in Hong Kong, China, Aug. 1, 2017. REUTERS/Bobby Yip

SINGAPORE/LONDON, Nov 2 (Reuters) – Standard Chartered (STAN.L) forecast flat income for the full year amid “uneven” economic recovery from the pandemic, even as it turned in a stronger-than-expected quarterly pre-tax profit, sending its shares lower on Tuesday.

CEO Bill Winters, who has won plaudits from investors for repairing the balance sheet and slashing thousands of jobs since taking the top job in 2015, has been under pressure in recent years to boost growth and shore up the bank’s shares.

Under the former JPMorgan banker, the Asia-focussed StanChart has built a portfolio of digital banking platforms and invested heavily in technology, but its shares have still underperformed its peers.

Ahead of the results, shares of the emerging-markets lender had risen just 8% this year in London, versus an 18% rise for larger rival HSBC (HSBA.L) and a 37% surge for Barclays (BARC.L). On Tuesday, StanChart shares fell 5% in early trade.

“The economic recovery from the COVID-19 pandemic has continued to be uneven and punctuated by supply-chain disruption,” London-headquartered StanChart said in its results statement.

Statutory pretax profit for the bank jumped to $996 million in July-September, from $435 million a year earlier, aided by lower credit charges. That beat an average estimate of $942 million of 16 analysts as compiled by the bank.

It reported credit impairment charges of $107 million versus $353 million a year earlier and expects these to remain at low levels in the fourth quarter.

Overall quarterly income for the lender rose 7% to $3.8 billion from a year earlier. It reiterated its target to return to a 5-7% income growth from next year.

StanChart, which bases its business on capturing trade flows between its key markets of Asia, Africa and the Middle East, said trade income rose 13% to the highest since early 2018.

But analysts say that StanChart, which has a presence in 59 markets and employs 85,000 staff, lacks the heft of larger, more well-capitalised rivals in commercial banking even as it remains a small player in the lucrative investment banking business.

The bank’s underwhelming performance over the past decade has made it a sore investment for Singapore state investor Temasek Holdings (TEM.UL), which has been StanChart’s largest shareholder since 2006 and currently has a nearly 17% stake.

The bank said it had $4.2 billion in exposure to China’s real estate sector, where China Evergrande Group (3333.HK) is grappling with a $300 billion debt pile and stoking worries of further defaults and contagion risks. read more

“We continue to monitor the potential second order impacts of recent developments,” StanChart said, stating an overall exposure of $18.5 billion to commercial real estate, a fraction of its total group customers loans and advances of $302 billion.

Like HSBC, StanChart has been betting on the world’s second-largest economy to help drive its growth amid sluggish prospects in western markets.

Winters faces a challenge to convince investors of StanChart’s prospects as the bank is trading at a lower multiple than peers. It trades at 0.44 times book value for 2022 versus 0.62 times for HSBC and 0.55 for Barclays, Refinitiv data shows.

Winters is by far the longest-serving CEO at a major British-based bank. The shock departure of Barclays CEO Jes Staley on Monday means it along with HSBC, Lloyds (LLOY.L) and NatWest have all seen change at the top in the past two years.Reporting by Anshuman Daga in Singapore and Lawrence White in London; Editing by Himani Sarkar