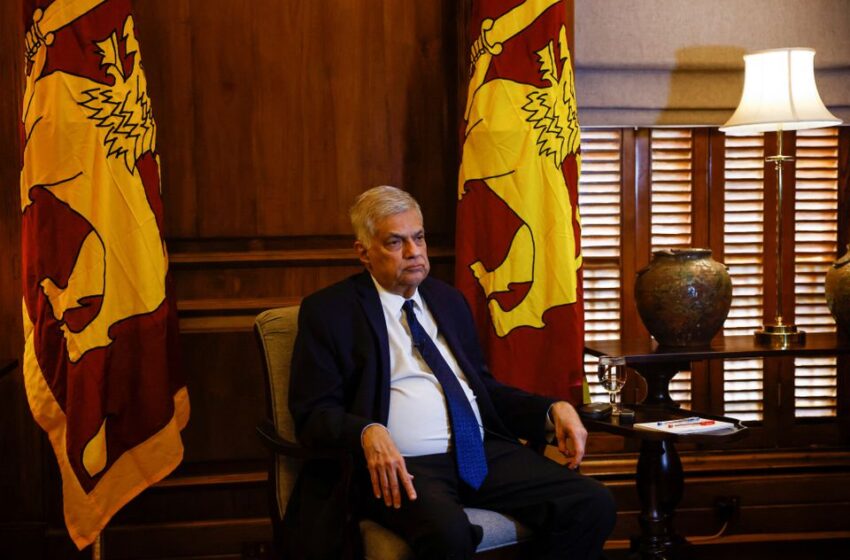 COLOMBO, Nov 14 (Reuters) – The crisis-hit Sri Lankan economy can turnaround by end of 2023 if budget policies, which are not limited to the International Monetary Fund’s recommendations, are followed, President Ranil Wickremesinghe said in the budget speech on Monday.

IMF recommendations have only been looked at to stabilise the economy, Wickremesinghe, who is also the country’s finance minister, told parliament, delivering the first annual budget since he took office in July.

The budget is likely to include specific measures aimed at reducing the government’s deficit and persuading the International Monetary Fund to provide a desperately needed bailout package.

Wickremesinghe said the government plans to reduce debt to less than 100% of GDP over the medium term and achieving economic growth of 7%.

He said public revenue is expected to rise to 15% of GDP by 2025 from 8% currently with exports and foreign direct investment targets of $3 billion each over the medium term.

Soaring inflation, a weakening currency and low foreign exchange reserves have left the island of 22 million people struggling to pay for imports of essentials such as food, fuel and medicine.

Mass unrest forced the last government out of power, and island nation remains vulnerable to political instability as fears of a global recession have added to the dire economic problems for an economy that suffered a catastrophic contraction.

Investors were expecting the government to announce proposals to increase taxes and also change tax slabs despite criticism from corporates and opposition parties.