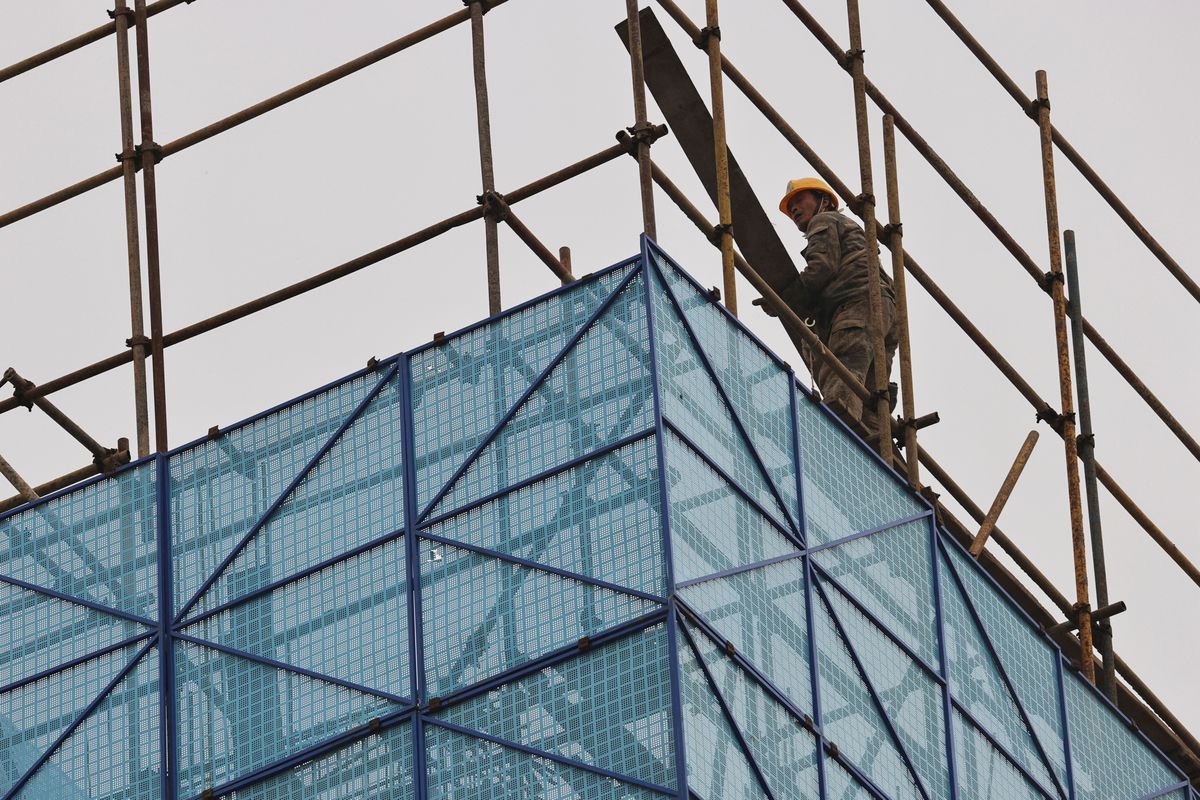 A man walks on a scaffolding at the construction site of the Beijing Xishan Palace apartment complex developed by Kaisa Group Holdings Ltd in Beijing, China, November 5, 2021. REUTERS/Thomas Peter/File Photo

BEIJING, Nov 22 (Reuters) – Some Chinese banks have been told by financial regulators to issue more loans to property firms for project development, two banking sources with direct knowledge of the situation told Reuters on Monday, in efforts to marginally ease liquidity strains across the industry.

Chinese authorities have yet to publicly give any signal that they will relax the “three red lines” – financial requirements introduced by the central bank last year that developers must meet to get new bank loans.

But lenders have recently adjusted their lending practices to reflect the latest central bank guidance of “meeting the normal financing needs” of the sector. read more

The marginal relaxation of loan policies to developers will still stick to the major principle that “homes are for living in, not for speculation,” said the sources, one from a city commercial bank and the other from a big bank, who received the guidance from regulators.

Financial regulators have told the banks to specifically accelerate approval of loans to develop projects, and to ensure that outstanding loans to project development show positive growth in their loan books in November compared with October, the two sources said.

Both sources declined to be named due to the sensitivity of the matter.

The People’s Bank of China (PBOC) and the China Banking and Insurance Regulatory Commission (CBIRC) did not immediately respond to requests for comment.

As of end-September, banks’ outstanding loans to project development stood at 12.16 trillion yuan ($1.91 trillion), up by 0.02% from a year earlier, central bank data showed.

Quarterly growth of this loan type slowed further from the second quarter by 2.8 percentage points, the data showed.

The sub-index ended down 4% on Monday.

Some banks have accelerated disbursement of approved home loans in some cities, the bankers said. read more

Last month, central bank official Zou Lan said there had been “misunderstanding” among lenders about the PBOC’s debt-control policies, causing financial strains for some developers.