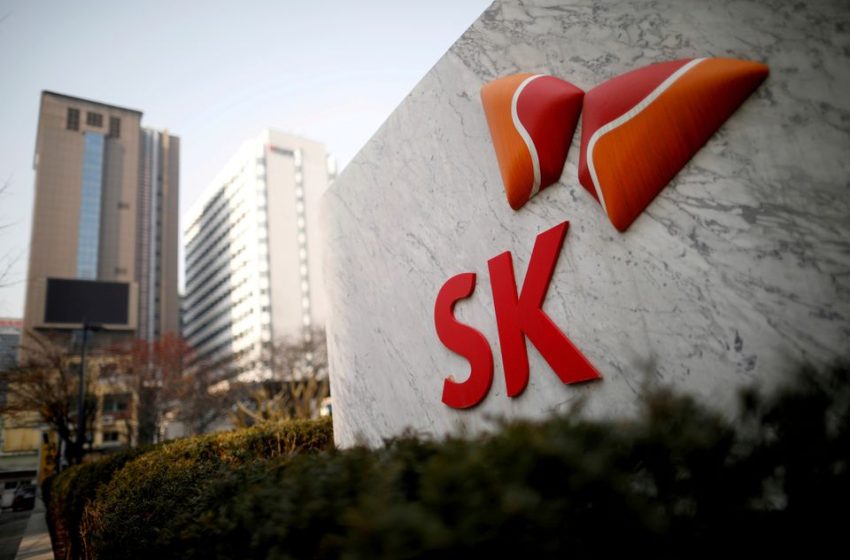 The logo of SK Innovation is seen in front of its headquarters in Seoul, South Korea, February 3, 2017. REUTERS/Kim Hong-Ji

SEOUL, April 29 (Reuters) – South Korean energy group SK Innovation Co Ltd (096770.KS) warned its battery unit turnaround could take longer than past guidance indicated, taking the shine off a near-threefold jump in first-quarter profit and sending shares down as much as 5.1%.

The company had been aiming for its loss-making electric car battery maker SK On, which supplies Ford Motor Co (F.N) and Hyundai Motor Co (005380.KS), to break even by the fourth quarter of this year.

But the division’s operating loss widened in the first quarter to 273 billion won ($217 million) from 177 billion won a year earlier and a senior executive said the fourth-quarter target was at risk.

SK On’s 2022 sales target has been raised by around 1 trillion won to 7 trillion won, she added, citing rising metal prices that were passed on to customers as part of contracts.

Analysts said it had become difficult to pinpoint when SK On would break even amid surprise events such as the Russia-Ukraine war, which could lead to rising electricity costs and logistics headaches for European automakers.

“The market hoped to see the battery unit to reach breakeven sooner, but with everything going on, it would be very challenging. Also, the global competition among rivals has been getting fiercer,” said Kang Dong-jin, an analyst at Hyundai Motor Securities.

SK Innovation’s overall operating profit jumped 182% to 1.6 trillion won in the January-March quarter, well above analyst expectations for 1.2 trillion won, on the back of strong refining margins at SK Energy, the country’s top oil refiner.

SK Energy, which has a total refining capacity of 1.12 million barrels per day at plants in Ulsan and Incheon, said it operated its facilities at 77% of capacity on average in the quarter, up from 63% a year earlier.