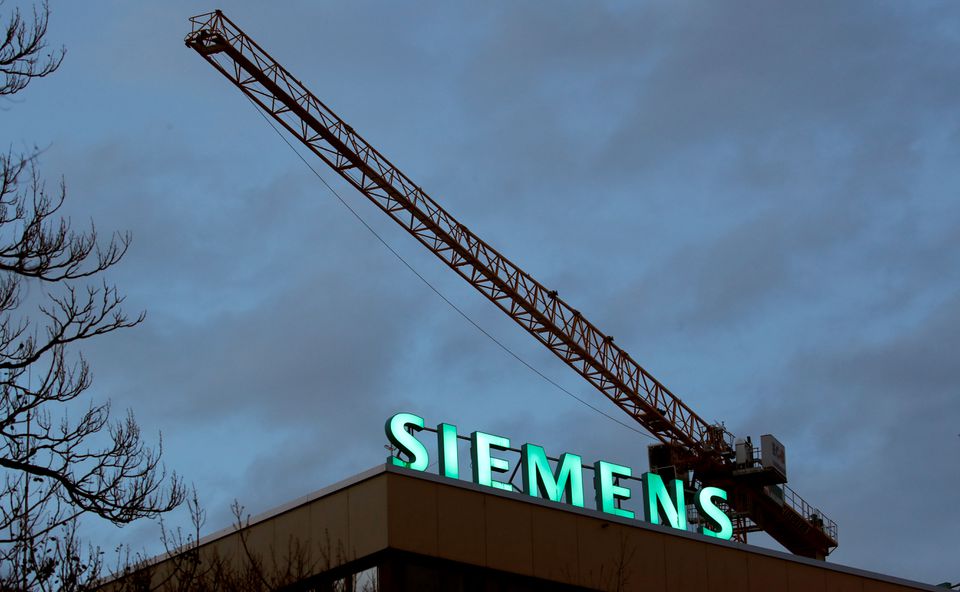 ZURICH, Aug 5 (Reuters) – German engineering and technology company Siemens (SIEGn.DE) raised its profit guidance on Thursday for the third time this year on the back of a post-pandemic surge in demand.

The trains-to-industrial software maker is seeing a broad-based increase in demand as customers around the world rebuild their inventories and vaccination campaigns have accelerated the economic recovery.

The Munich company said orders surged 47%, driven by a strong upswing in areas like automotive, machine building and electronics, while previously hard-hit aerospace and defence sectors were showing signs of improvement.

“In the third quarter, once again we delivered – with strong and profitable growth in all businesses,” said Chief Executive Roland Busch, who replaced longstanding CEO Joe Kaeser in February.

The company was continuing to add to bolt-on acquisitions, particularly in the software and digital space, Busch said.

During the three months to the end of June, Siemens said adjusted operating profit at its industrial business rose 29% to 2.32 billion euros ($2.75 billion), beating the 2.09 billion euros in a company-gathered consensus of analyst forecasts.

It now expects its full-year revenue to rise by 11% to 12%, up from its previous view for an increase of 9% to 11%, boosted by higher sales of its factory automation and smart infrastructure businesses.

Restocking by customers worried about shortages was playing a role in the upturn, although the main driver was the economic recovery, Chief Financial Officer Ralf Thomas told reporters.

“If you had a growth momentum of 100%, you can probably attribute something between 7% to 10 % of that to extraordinary behaviour,” Thomas said. “That is my gut feeling.”

Net income for the year to the end of September is now expected to be in the range of 6.1-6.4 billion euros. The company had previously guided to a range of 5.7-6.2 billion euros.

Siemens’ shares, which have lagged the performance of rivals like France’s Schneider Electric (SCHN.PA) and Switzerland’s ABB (ABBN.S) in recent weeks, were up 3.7% in early trading on the Germany’s bluechip DAX index.

Both Schnieider and ABB have also upped their outlooks recently. read more

“We see potential for a catchup in the medium term given the strong topline momentum that goes beyond ‘growth on easy comps’ with Q3 2021 revenues were 9% above the pre-pandemic level,” said JP Morgan analyst Andreas Willi said about Siemens.