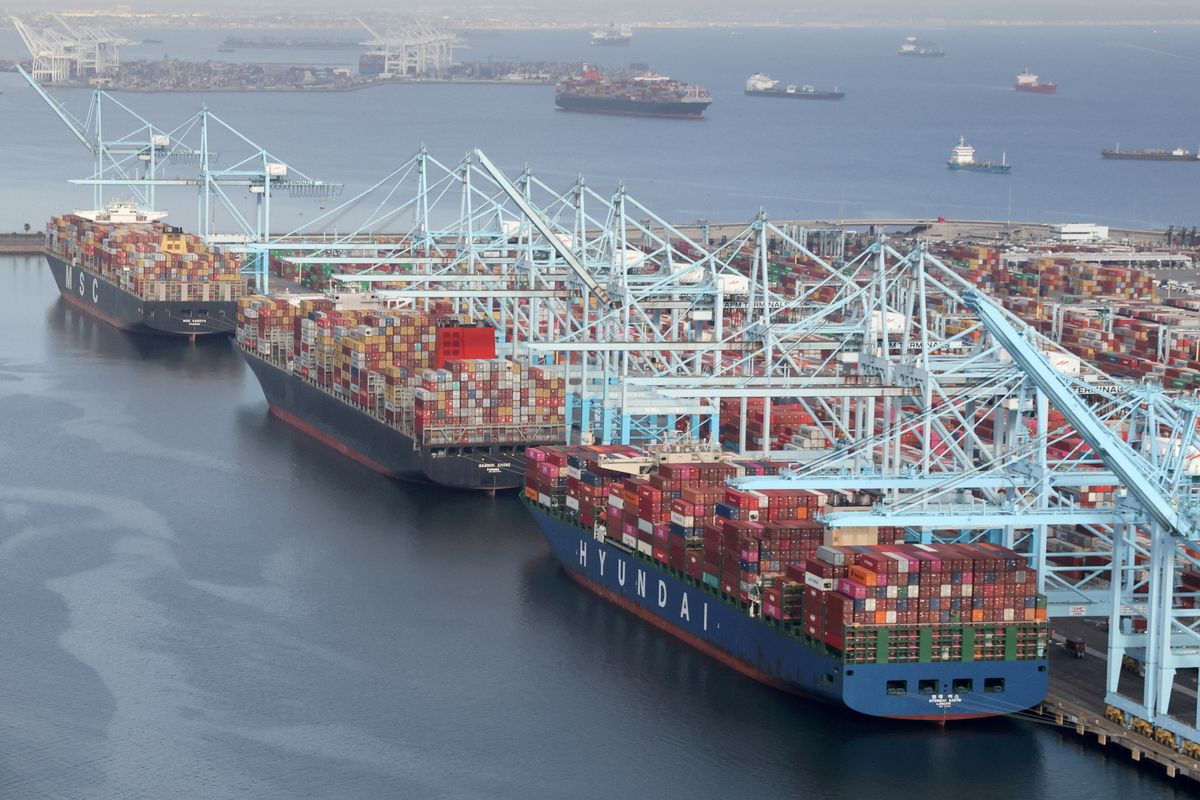 Shipping containers are unloaded from ships at a container terminal at the Port of Long Beach-Port of Los Angeles complex in Los Angeles, California, U.S., April 7, 2021. REUTERS/Lucy Nicholson/File Photo

LONDON, Nov 18 (Reuters) – A surge in container shipping rates poses a threat to the global economic recovery, with small countries dependent on deliveries by sea expected to be hardest hit by a spike in import prices, U.N. agency UNCTAD said on Thursday.

A surge in demand for consumer goods during the pandemic has created major supply bottlenecks around the world, which has impacted the supply of container ships and boxes to transport cargo.

In its Review of Maritime Transport for 2021, UNCTAD said that the current surge in container freight rates, if sustained, could increase global import price levels by 11% and consumer price levels by 1.5% between now and 2023.

“The impact is expected to be more significant for smaller economies that depend heavily on imported goods for much of their consumption needs,” it said.

“In the face of these cost pressures and lasting market disruption, it is increasingly important to monitor market behaviour and ensure transparency when it comes to setting rates, fees and surcharges,” it said.