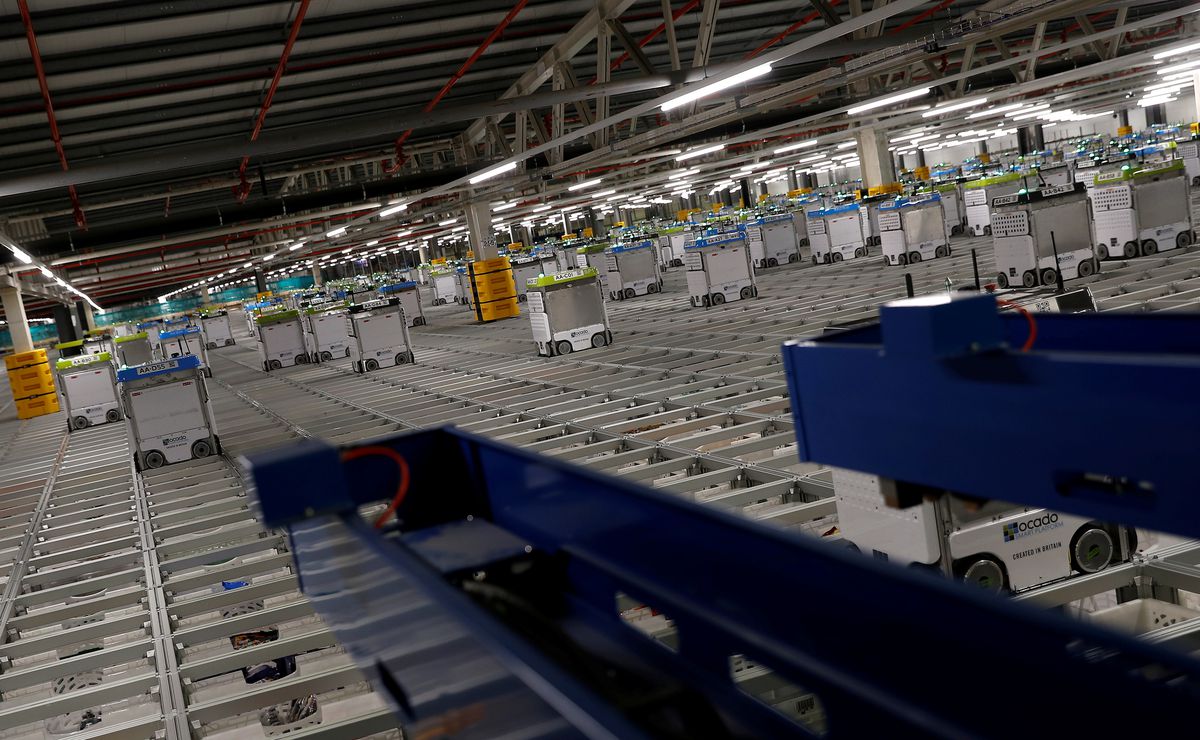 "Bots" are seen on the grid of the "smart platform" at the Ocado CFC (Customer Fulfilment Centre) in Andover, Britain May 1, 2018. Picture taken May 1, 2018. REUTERS/Peter Nicholls/File Photo

OSLO, Nov 24 (Reuters) – AutoStore (AUTO.OL) faces tight supply of certain components that will impact earnings margins in the short term, the Norwegian robotics company said on Wednesday after posting a 95% surge in third-quarter revenue to $84.7 million.

The maker of automated warehouse technology, of which SoftBank (9984.T)is the largest owner with a stake of close to 40%, last month became Norway’s most valuable new stock market listing in two decades. read more

The company maintained its revenue outlook of around $300 million this year, increasing to more than $500 million for 2022 with a medium-term outlook for annual growth of around 40%.

AutoStore is facing tight supply of certain parts and materials, however, and although this will not impact growth it is likely to have an effect on its earnings.

“There is generally a very tight situation when it comes to certain parts, due to the ongoing global supply chain issues affecting everyone, including for instance components and for aluminium,” Chief Executive Karl Johan Lier told Reuters.

“We believe we’re on top of this with regards to delivering the revenue growth we’ve guided for, despite this situation, though it can have some impact on earnings margins in the short term,” he said.

AutoStore posted adjusted earnings before interest, tax, depreciation and amortisation (EBITDA) of $42.3 million for the July-September quarter, a rise of 88% year-on-year, while the EBITDA margin eased to 50% from 52% a year ago.

The CEO declined to comment on how much margin erosion the component situation could lead to.

“But we’re very comfortable with our ability to deliver strong growth and strong earnings in both 2021 and 2022,” he said.

Building on the momentum of its Oct. 20 initial public offering, AutoStore’s shares have since risen 29% to become Norway’s fifth-most valuable listed firm and the second-biggest without a strategic government stake.