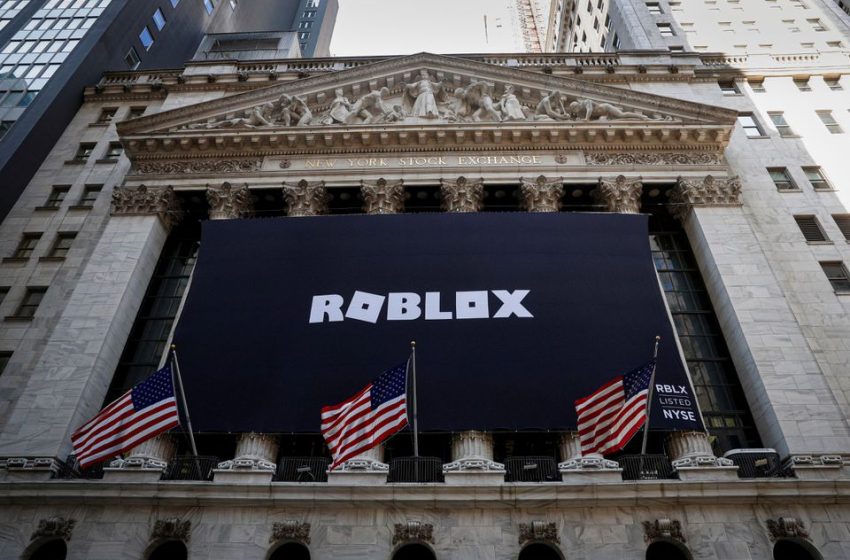 The Roblox logo is displayed on a banner, to celebrate the company's IPO, on the front facade of the New York Stock Exchange (NYSE) in New York, U.S., March 10, 2021. REUTERS/Brendan McDermid

The bulk of the pay package comprises a long-term performance award for Baszucki, which was valued at $232.2 million.

Baszucki, who will not get any other direct compensation through 2027, will receive the award in parts over the years only if Roblox shares achieve certain milestones, the filing added.

The so-called “Long-Term Performance Award” is a pay method followed by some companies, including Tesla Inc, as a way to retain top executives by tying their earnings to company performance. The plan has faced criticism, as it has led to payouts worth billions to founders.

Roblox, which made it’s market debut in March last year, posted an 83% rise in revenue, but a wider-than-expected 25 cents per share loss in the fourth quarter in February. read more

Roblox shares closed trading at around $50 on Monday, about 28% lower than the closing price on March 10, 2021, their first day of trading.

Reporting by Yuvraj Malik in Bengaluru; Editing by Vinay Dwivedi