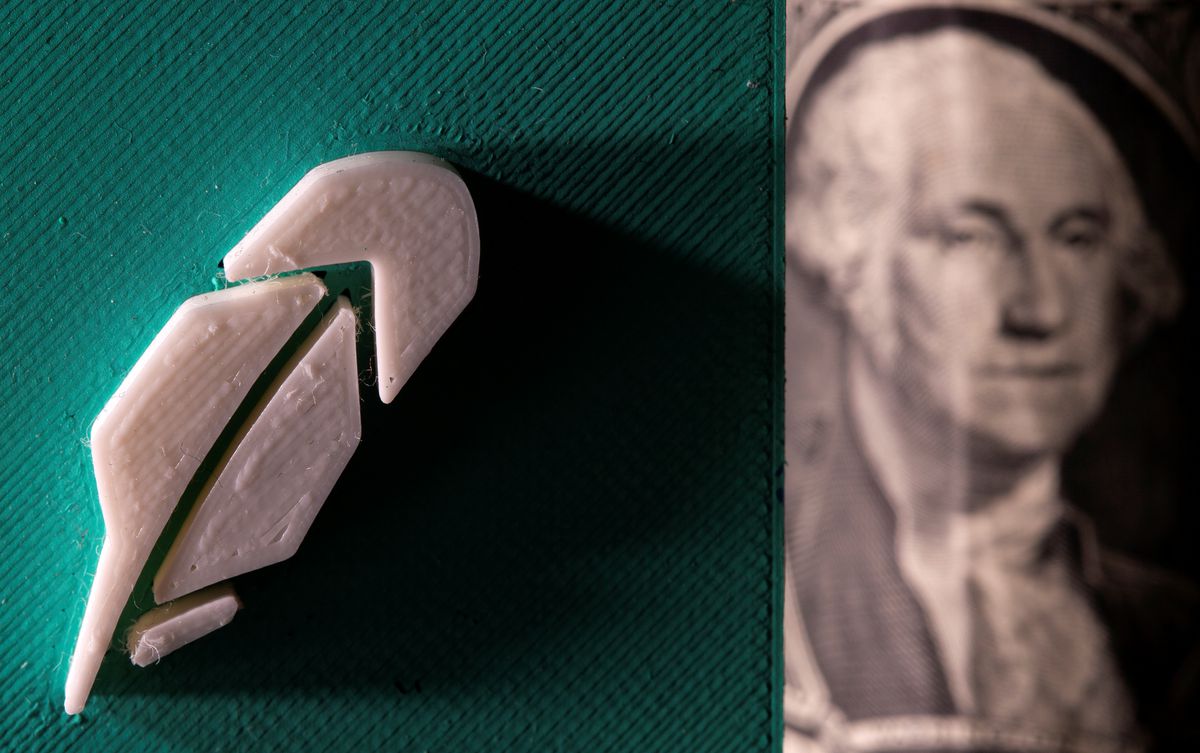 July 28 (Reuters) – Robinhood Markets Inc (HOOD.O) thrived thanks to the popularity of so-called meme stocks such as GameStop Corp (GME.N) with retail investors. Becoming a meme stock itself comes with trading volatility that is giving pause to some potential investors in its initial public offering.

The trading app’s monthly active users surged from 11.7 million at the end of December to 21.3 million as of the end of June, as retail investors on social media sites such as Reddit speculated on stocks such as GameStop and AMC Entertainment Holdings Inc (AMC.N).

In an unusual move, Robinhood has reserved between 20% and 35% of its IPO shares for retail investors who are users of its app. The IPO is expected to price later on Wednesday and raise about $2 billion.

Robinhood has warned in its IPO registration that the participation of retail investors could trigger a rollercoaster ride in its shares that could prove too risky for those seeking long-term sustainable gains.

A Reuters review of social media posts on sites such as Reddit and interviews with Robinhood customers showed that some retail investors were skeptical about the IPO’s prospects.

Among the reasons they cited were their assessment that Robinhood’s pursuit of a $35 billion valuation was unrealistic, the risk of regulators cracking down on Robinhood’s business, and the company’s imposition of trading curbs when the meme stock trading frenzy flared up at the end of January.

“I had enjoyed Robinhood a lot, it sparked my interest in investing, it’s easy to use and straightforward. I just don’t trust them to do what’s right for their customers the next time they find themselves in a hard spot,” said machinist Zachary Wells, a Robinhood customer in Kansas City, Missouri, who has been trading on the app for more than a year.

Robinhood placed temporary restrictions on buying GameStop and other stocks that hedge funds had bet against earlier this year, on grounds this was needed for the financial and operational stability of its platform. It triggered calls among some investors on Reddit for a boycott of Robinhood’s IPO.

The brokerage has also been criticized for relying on “payment for order flow” for most of its revenue, under which it receives fees from market makers for routing trades to them and does not charge users for individual trades.

Critics argue the practice, which is used by many other brokers, creates a conflict of interest, on the grounds that it incentivizes brokers to send orders to whoever pays the higher fees. Robinhood contends that it routes trades based on what is cheapest for its users, and that charging a commission would be more expensive.

Sherrie Hardy, another Robinhood customer in Michigan, decided to skip the IPO offerings on concerns that the newly listed shares could be volatile. She said she would wait for its first quarterly earnings before buying the stock.

To be sure, many Robinhood customers plan to take advantage of the offering and invest in the IPO. Chris Brumby, a manager at a construction company in Florida and Robinhood user, said he was considering investing more than $20,000 in the IPO after watching Robinhood’s online roadshow on Saturday.

Many IPOs benefit from excluding retail investors, who end up fueling a first-day trading pop by snapping up shares in the open market. By letting many retail investors under the IPO tent, Robinhood is making it less likely that investors will see big gains on the first day.

In a sign of the potential trading volatility in stock, some Robinhood users, such as Benhamish Allen, a 42-year-old teacher from California, plan to invest in the IPO “on margin” by borrowing from Robinhood to juice their returns.

“It seems silly I should be able to borrow money from a company and then buy that company back with the money I borrowed,” Allen said.Reporting by Krystal Hu and Echo Wang in New York Editing by Greg Roumeliotis in New York and Steve Orlofsky