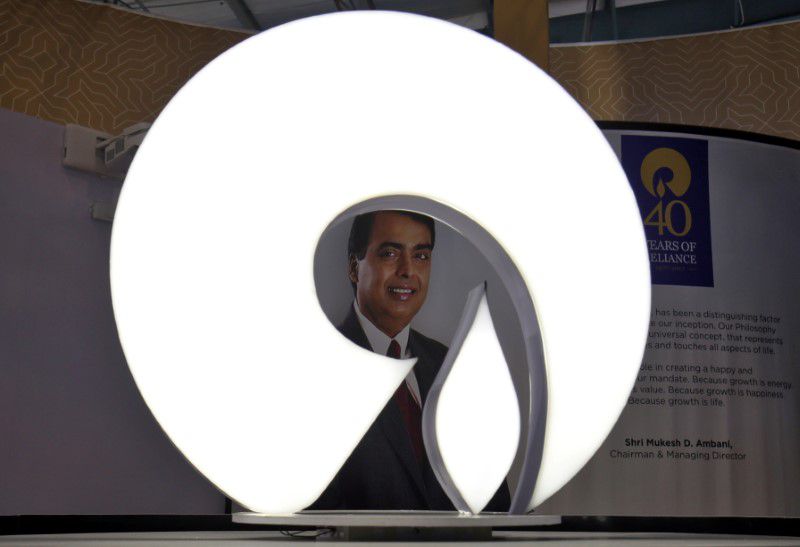 The logo of Reliance Industries is pictured in a stall at the Vibrant Gujarat Global Trade Show at Gandhinagar, India, January 17, 2019. REUTERS/Amit Dave

The investment comes months after Reliance unveiled a $10 billion green energy plan in its drive to become a net carbon zero company by 2035, with plans to build four ‘giga factories’ at Jamnagar in the western Indian state of Gujarat to produce solar cells and modules, energy storage batteries, fuel cells and green hydrogen. read more

Reliance, through its wholly-owned unit Reliance New Energy Solar Ltd (RNESL), will acquire 42.3 million shares of preferred stock in Ambri for $50 million, the company said in a statement.

RNESL and Ambri are also in talks to set up a large-scale battery manufacturing facility in India, the company added.

Ambri, in a separate statement, said it would use the funds to design and build high-volume manufacturing facilities in the U.S. and internationally that will supply its long-duration battery systems to meet growing demand from the grid-scale energy storage market and large industrial energy customers, such as data centers.

Reliance’s entry into the renewable energy business in India will put it in competition with companies such as Adani Green Energy Ltd (ADNA.NS) and Goldman Sachs-backed ReNew Power.Reporting by Rama Venkat in Bengaluru; Editing by Rashmi Aich